QAnon , a group of conspirators who have been determined to be a potential threat to domestic terrorism. It is reported that he has decided to do so. Amazon to remove QAnon products from platform after US Capitol siege | Reuters
https://www.reuters.com/article/us-amazon-com-qanon-idUSKBN29H03U

Parler is a moderation-free social network that is gaining popularity, especially among supporters of President Trump. In the wake of the January 6, 2021 attack on the US Capitol , tech companies have embarked on the exclusion of President Trump and his supporters. Among them, Amazon has eliminated Parler from AWS's web hosting services.

Amazon also eliminates 'Parler' from its web hosting service, and IT giants are moving to eliminate Parler --GIGAZINE 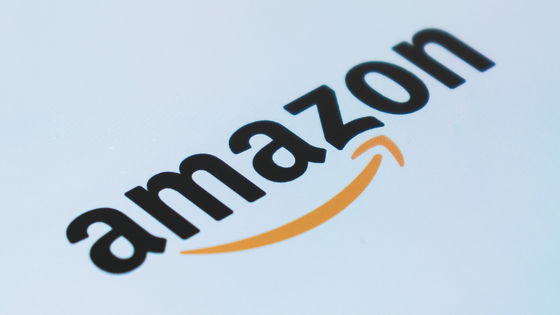 Amazon's policy includes attacks that include products that 'promote hatred, violence, racial, sexual or religious intolerance, incite or praise, or encourage organizations with these views.' We prohibit the sale of targeted and controversial products.

Amazon sells QAnon's T-shirts and hats, a group of Trump supporters who advocate various conspiracy theories, all of which are sold by third-party vendors on Amazon's marketplace. .. The same was still on sale in the Capitol a few days after the riot, and it was confirmed that some participants wore T-shirts and hats sold on Amazon.

Since QAnon participated in the attack on the Capitol, QAnon is an organization that violates Amazon's policy, so items related to QAnon can not be sold on Amazon. In addition, the sales page of the novel ' The Turner Diaries ', whose criticism was concentrated on discriminatory content based on white supremacism, has also been removed from Amazon.

Amazon spokeswoman Cecilia Fan said she has begun removing QAnon products from the company's site after receiving inquiries from The Washington Post and other media. 'Third-party vendors trying to bypass Amazon's system to list QAnon products may be deprived of their sales privileges,' Huang added.

In addition, the IT news media site The Verge, when searching for 'The Turner Diaries' that should have been deleted on Amazon.com, at the time of writing the article, such as a bomb manufacturing guidebook and a book about the US civil war, 'with QAnon' It points out that 'books suspected of being related' will be displayed.