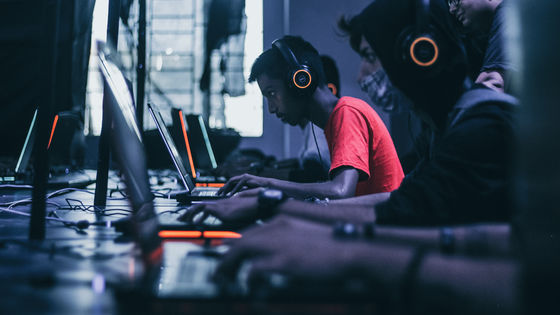 In 2020, the pandemic of the new coronavirus has led to calls for refraining from going out all over the world, and as a result of many people spending a long time at home, the use of live game distribution platforms will increase rapidly in 2020. Did. 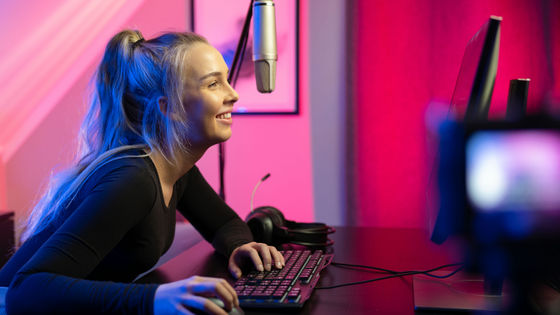 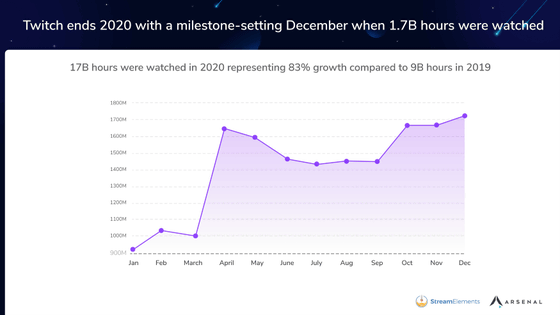 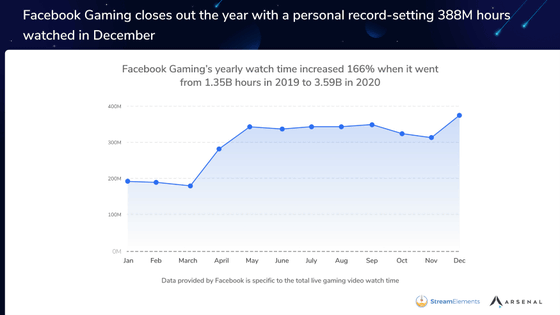 DLive . The total monthly playback time was about 3 million hours as of January 2020, but it has grown to 6 million hours in December of the same year. The total playing time in 2020 is 59 million hours, so it is still far from the scale of Twitch and Facebook Gaming. 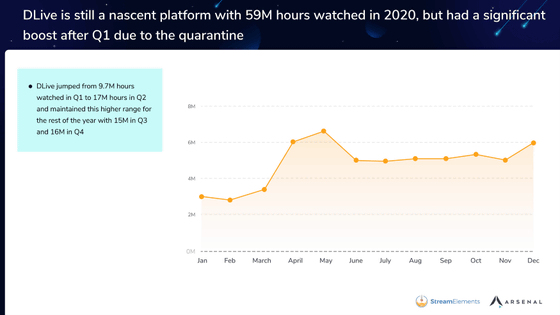 In addition, the total playing time of YouTube Gaming in 2020 will exceed 100 billion hours, and the number of active game live channels will exceed 40 million.

The following rankings are the most popular categories according to the total playing time. The most popular category on Twitch is 'Just Chatting', followed by 'League of Legends' in 2nd place, 'Fortnite' in 3rd place, 'Grand Theft Auto V' in 4th place, and 'Valorant' in 5th place. .. Looking at the categories with the highest total number of views by month, the first place is 'Valorant' in April, the second place is 'chat' in November, the third place is 'League of Legends' in October, and the fourth place is 9 'Among us' in the month, 5th place is 'Fall Guys: Ultimate Knock out' in August. 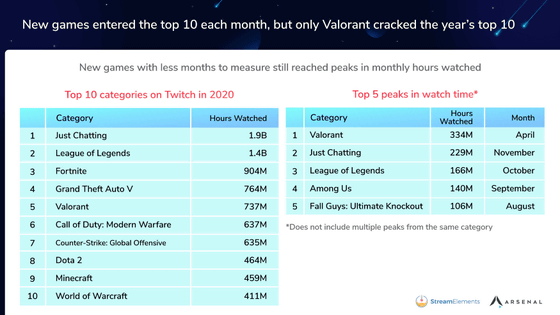 If you narrow down to December 2020 and arrange the popular categories by total playing time,

Cyberpunk 2077, which is facing the crisis of class proceedings with numerous bugs reported in the 6th place in the top 10, is ranked in. 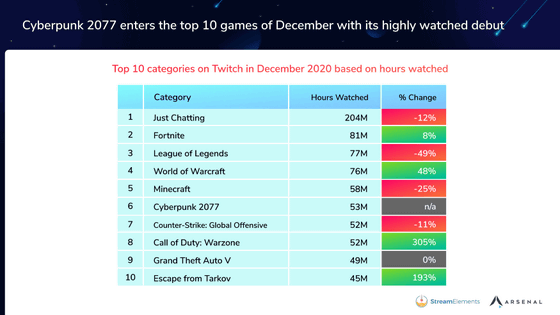 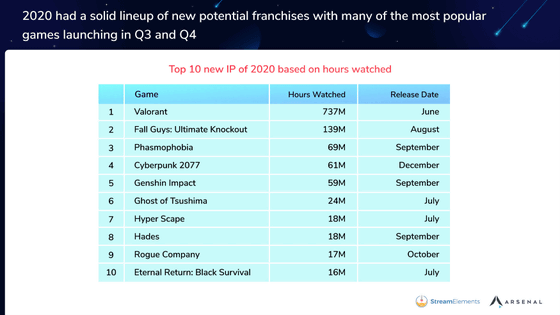 xQcOW, who has a total annual play time of about 150 million hours on his channel. With the data for December 2020 alone, xQcOW's channel has been played for nearly 20 million hours, which is a big difference from other distributors. 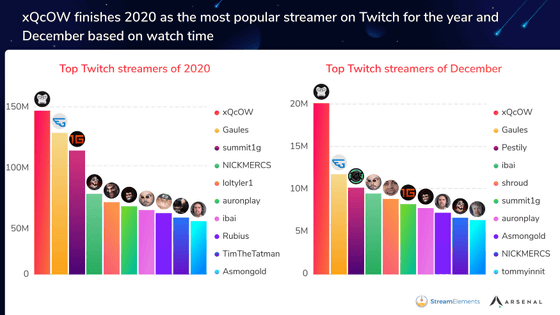