Car dispatch services such as Uber and Lyft have argued that one of the benefits they bring to society is that 'the rooting of car dispatch services in people's lives will reduce the number of car owners.' However, new research conducted by research teams such as Carnegie Mellon University suggests that the number of car owners in metropolitan areas is actually increasing with the penetration of ride-hailing services.

The impact of Uber and Lyft on vehicle ownership, fuel economy, and transit across US cities: iScience

Uber and Lyft Say They Reduce Car Ownership, But That Might Not Be True
https://www.vice.com/en/article/n7v4kd/uber-and-lyft-say-they-reduce-car-ownership-but-that-might-not-be-true Research teams such as Carnegie Mellon University are investigating changes in 'the number of vehicle registrations in the metropolitan areas where Uber and Lyft entered from 2010 to 2017' in order to understand the relationship between the penetration of vehicle dispatch services and the car ownership rate. As a result, the research team said that in the metropolitan areas where the ride-hailing service entered, the ownership rate of automobiles increased by 0.7% compared to before the service entered.

The research team pointed out that the introduction of the ride-hailing service may increase the number of car owners by 'buying a new car to become a driver of the ride-hailing service.' Since the usage fee differs depending on the model of Uber and Lyft, it seems that there were cases where high-ranked models were purchased in order to earn more.

Professor Jeremy Michalek, who led the survey, argued that it was noteworthy that car ownership increased across the metropolitan area where the survey was conducted. 'The results of this survey changed my view of what would happen when a ride-hailing service entered the market,' he said. 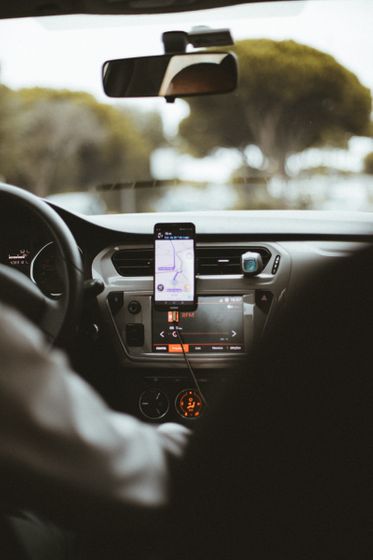 On the other hand, the results of this study are limited, and 'surveying the entire metropolitan area where Uber and Lyft usage is low causes noise in the results.' 'The survey was conducted from 2010 to 2017, when the economy grew. It is possible that the ownership rate of automobiles has increased due to the economic cycle. ' In response, Professor Michaelek states that the correction was made using a statistical method called the difference method .

In addition to the fact that the research results are prone to noise, some say that Uber and Lyft's claim to 'reduce car ownership' itself is nonsense. Even if you have a high car ownership rate, cars parked on the side of the road or in the garage do not emit harmful greenhouse gases, so they do not have a significant impact on the environment. 'If people simply replace their private car trips with someone else's car trips, car ownership doesn't solve the city's problems,' said Motherboard, a foreign media outlet.