To Serve Better Ads, We Built Our Own Data Program | by The NYT Open Team | Dec, 2020 | NYT Open
https://open.nytimes.com/to-serve-better-ads-we-built-our-own-data-program-c5e039bf247b 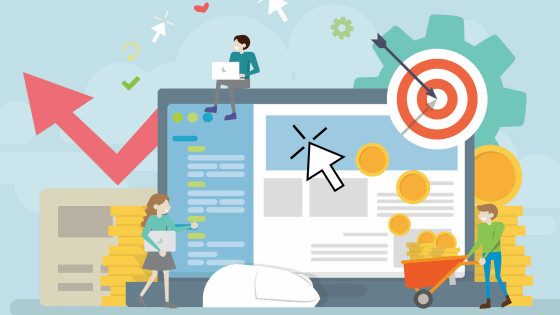 The New York Times, a major American newspaper, also announced in May 2020 that it plans to stop using data from third-party cookies and display advertisements using its own data platform. On December 18, 2020, the New York Times made further mention of how the data platform under construction works.

Over the past few years, the New York Times has been using Google Cloud Platform to stream real-time events to the data analytics tool Google BigQuery with Google Cloud Dataflow . Event data sent to BigQuery was then batched and used to train multiple machine learning models built by New York Times data scientists for ad operations.

This machine learning model is basically based on a survey answered by tens of thousands of volunteer New York Times readers. It is a mechanism that trains the model with this questionnaire data and event data and predicts the user who should display each advertisement. Supervised learning was required in regression, ranking, classification, multitasking, etc. before statistically predictable and interpretable results could be obtained. Airflow was used to output the machine learning model.

According to the New York Times, the actual mechanism is that when a user visits the New York Times website or opens an app, a call is made to a Go language microservice using Google Cloud Memorystore, with an average delay. User data is sent to the page in less than 100 millimeters per second. JavaScript embedded in the page sends this data to the ad server, which finds the campaign that is most relevant to your user data and sends it when the campaign's targeting criteria match the data sent from the page. It will be delivered.

Since processing and data activation are done on the server side, it seems that this mechanism could be easily extended to multiple browsers.