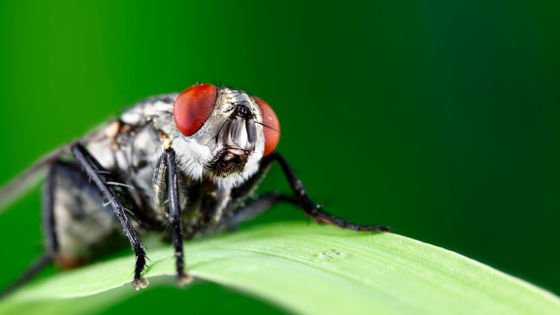 A research team at the University of Copenhagen, Denmark, has published a treatise on a new fungus found in flies in the country. This study reveals the existence of two fungi with a terrifying ecology that devour live flies from inside the body and use them as tools to disperse spores.

The research results on the new fungus were announced by a research team led by Professor Jorgen Eileenberg of the Faculty of Plant and Environmental Sciences, University of Copenhagen. Eilenberg et al. Discovered two closely related fungi, 'Strongwellsea tigrinae' and 'Strongwellsea acerosa,' in the bodies of the Danish houseflies 'Coenosia tigrina' and 'Coenosia testacea,' respectively.

In nature, it is common to see fungi decomposing dead insects and releasing spores, but the new species of fungi announced this time is characterized by 'beginning to make spores while the host is alive.' there is. According to Eilenberg and others, flies infected with a new species of fungus first erode their bodies and open one or two holes in their abdomen.

In the photo of a fly infected with 'Strongwell sea tigrinae' published by Eilenberg et al., You can certainly see a hole in the abdomen. 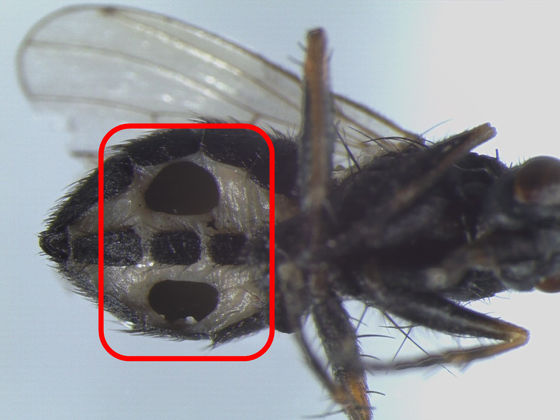 Flies infected with this fungus continue to live for several days while being eroded, during which time spores continue to be excreted from the holes in the abdomen. In particular, when a fly comes into contact with another fly for mating, the spores infect other individuals. A few days after the infection, the flies turn over and convulsions for several hours before dying. And after death, more spores are released from the collapsed body.

The spores released into nature are protected by thick orange and yellow shells and survive the winter, then germinate and begin their activity in the spring. 'It's fascinating to see how well this fungal lifestyle adapts to the life history of the flies they're targeting,' Eilenberg commented on these ecology. 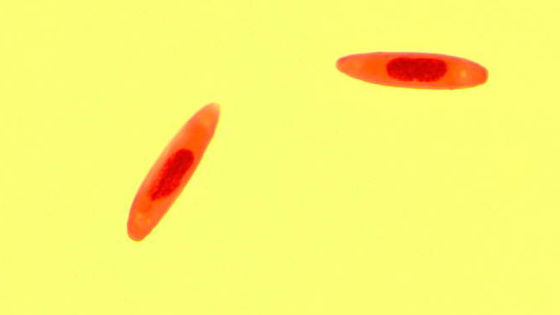 Eilenberg suspects that the fungus may be using some substance to 'drug' the host, as the flies move around actively for several days while they are being eroded from the body. For example, studies of other fungi that infect cicadas have shown that the fungus manipulates cicadas with substances similar to amphetamines . 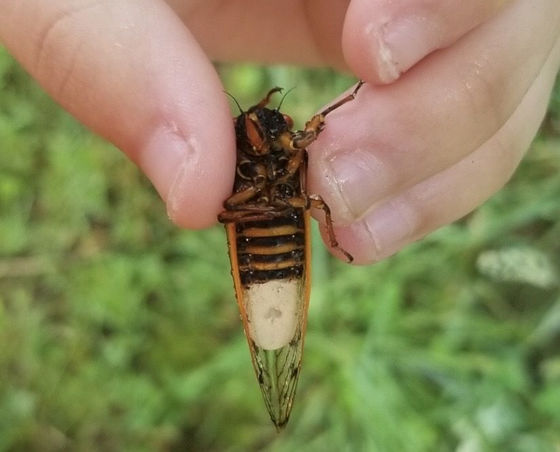 It is speculated that the fungus discovered this time also has a function to prevent bacteria from infecting through a hole in the abdomen. If the antibacterial substances used by the new fungi to prevent bacterial infections can be identified, it is expected that it will lead to the development of drugs that can be applied to the treatment of human infectious diseases in the future. We plan to continue research on fungi in the future.