A 'test' is performed to test the effect or performance of something, but since the test itself may be good or bad, or the test may become obsolete over time, an 'evaluation of the test itself' is performed. Sometimes it is necessary. Facebook, which has one of the largest platforms in the world, explains on its blog about the 'test itself' conducted in-house.

Probabilistic flakiness: How do you test your tests? --Facebook Engineering

'Testing the test itself' is important to verify the reliability of the test itself, but according to Facebook, academic research on the test itself is 'Which test has a defect?' 'Which test is reliable. It is said that he has emphasized only 'Is it?' Facebook designs test tests to find out 'how many defects there are' based on the idea that any perfect test will have some defects if it is executed in reality. Therefore, we have constructed the concept of 'Probabilistic Flakiness Score (PFS)'. PFS is a numerical value of the probability that an error will occur due to various factors such as network failure. 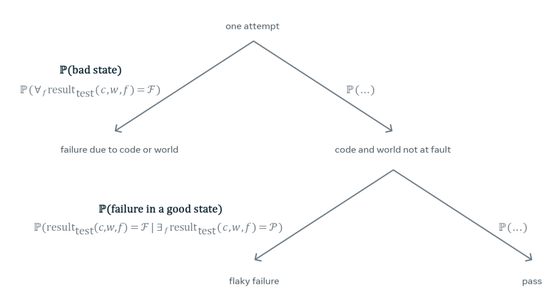 Facebook is a statistical modeling environment based on the

Bayesian inference algorithm built in the programming language ' Stan ', and distributes PFS calculated from two types of results, 'success' and 'failure' of the test. If the distribution is concentrated on a specific score value, the reliability is high, and if the distribution is wide or there are multiple maximum values, it is used as a judgment material that the number of tests is insufficient.

According to Facebook, by continuing to measure PFS since 2018, it has become easier to identify the cause of the problem in the test itself by creating an environment where you can detect 'when a big change occurred in PFS'. 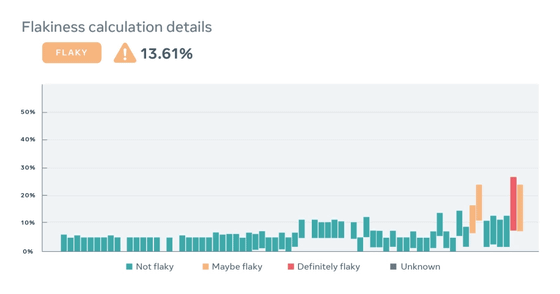 Facebook states that as of 2020, PFS has gained internal credibility, and PFS is being used to make decisions such as 'when to discontinue quality improvement efforts.'