Testimony of engineers watching Steve Jobs up close, who was kicked out of Apple and launched NeXT 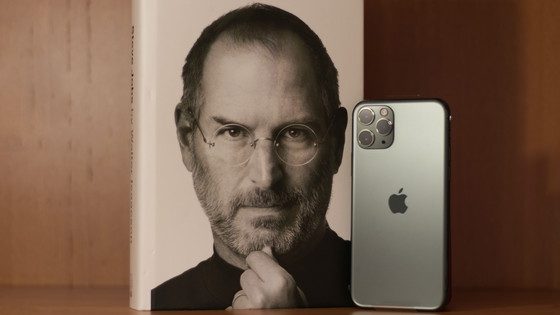 Founded by Steve Jobs, who was banished from Apple in 1985,

NeXT is a manufacturer of educational and business workstations that was acquired by Apple in 1996, and it was the catalyst for Jobs to return to Apple. The object-oriented OS ' NeXTSTEP ' developed by NeXT has become the foundation of subsequent macOS and iOS. 'How did the NeXT engineer work? Jobs was always interacting with employees,' posted on the Q & A site 'Quora,' where experts answer various questions. Engineers who know the time are answering the question 'Is it?'

What was it like to be a software engineer at NeXT? Did workers interact with Steve Jobs? --Quora
https://www.quora.com/What-was-it-like-to-be-a-software-engineer-at-NeXT-Did-workers-interact-with-Steve-Jobs

'Working at NeXT was the most exciting thing I've ever done,' said Paul King, a former NeXT employee. According to Mr. King, NeXT at that time had a graduate-like atmosphere, and many innovative engineers who specialized in computer science were gathered. The software group had a wealth of knowledge of hardware such as ASICs (application specific integrated circuits) and CPU instructions , and the hardware group also understood the software stack. It seems that the analog hardware, chip design, motherboard design, compiler design, OS design, etc. necessary for the computer to function were all done in one building. At that time, Mr. Jobs had an office in a building separate from the marketing department, and he was working in a place away from the engineers. This is because the NeXT headquarters building was designed so that Jobs wouldn't roam the engineers' offices and ask what they were doing. 'If Jobs was excited and said something cool, all the engineers would have stopped doing what he had to do and started working on Jobs' ideas,' said King.

One day, Jobs liked the idea of a network-based application adopted by Lotus Notes and held a meeting with 10 software engineers to draw up the idea of 'Object Soup.' King also attended the conference, testifying that Object Soup had a significant impact on the direction of software infrastructure in NeXT, although nothing concrete was gained at the conference. One day, when King showed Jobs a five-minute demo of his project, Jobs said, 'This is ruining NeXTSTEP,' at Oracle's engineering department, scheduled two days later. It was forced to change the schedule with a view to canceling the presentation. However, at the same time, Mr. Jobs said with his eyes shining, 'But ... I should be able to do something.'

In addition, Brain Garst, who worked at Apple from 1997 to 2011, has been working at NeXT since 1990 and has developed ' Portable Distributed Objects (PDO)' that runs on Solaris , which is a UNIX-like OS. is. Mr. Garst testified that he always saw two of Jobs' black Porsche 911 turbos parked in the parking lot of the headquarters building.

'Working at NeXT is like riding a Ferrari at WeatherTech Raceway Laguna Seca ,' Garst said. Garst said he ran crazy for new directions with angry, all-in-one meetings as companies' funding became more difficult each year.

'Everyone at NeXT has an episode with Steve,' Garst said. One day, Garst said he had fallen into a situation just before the special meeting, explaining that he couldn't live up to Jobs' wishes. Jobs instantly understood what Mr. Garst was saying, and the special meeting ended in 90 seconds. After that, Jobs suddenly visited Mr. Garst's office and said, 'Be careful not to be blamed for you, just as I am often accused of being arrogant,' Garst said. He said he left only.

'We did our best in NeXT. We were united with a small number of strong wills and chased funding. The best CEO on the planet,' Garst said of his work at NeXT. At the same time, people with great brains worked together and challenged each other to make a haphazard journey to success. '