' Kinpira chicken burdock burger ', which is a sandwich of juicy and soft teriyaki chicken and crispy texture of kinpira burdock, has appeared from Dom Dom hamburger, Japan's first hamburger chain. It's a hamburger that you can enjoy a Japanese-style taste based on a fragrant special sesame sauce, so I actually tried it.

At the store, there is a sign that appeals to the menu you are looking for. This time I ordered a takeaway. 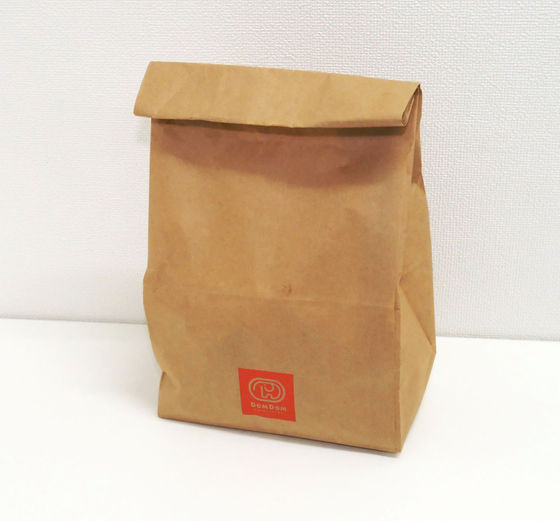 On the package, there is a sticker with the words 'Kinpira' on the underside of Dom Dom's mascot character, Domzo-kun. 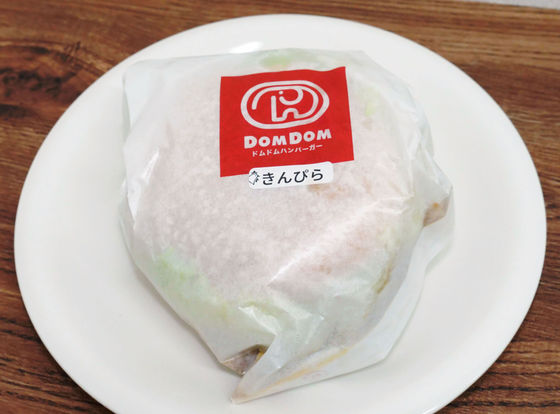 This is 'Kinpira Chicken Burdock Burger' (460 yen including tax). A hamburger with kinpira burdock protruding from the buns. 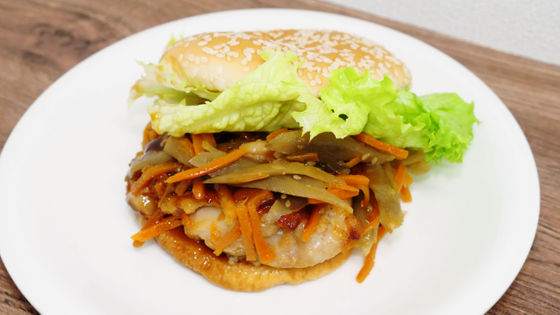 The buns are sesame buns. 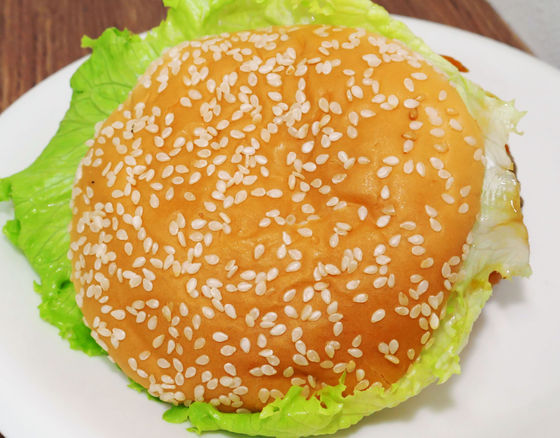 When I opened the buns, there was a special paste-like sesame sauce on the lettuce. The main ingredient is a Japanese-style combination of plenty of kinpira burdock and teriyaki chicken. When you bring your face closer, the scent of burdock drifts intensely. Kinpira burdock itself is more fragrant than kinpira burdock burger, but when I try to eat it, the chicken is mainly seasoned with sweet and spicy burdock sauce, but the taste of burdock gradually increases, and finally it is completely You can enjoy the change in taste of becoming a kinpira burdock. The sweet sauce of the special sesame sauce and the flavor of sesame are accented. The texture of chicken is elastic, while burdock is crispy. When I was eating it, it tasted like I wanted rice rather than buns. 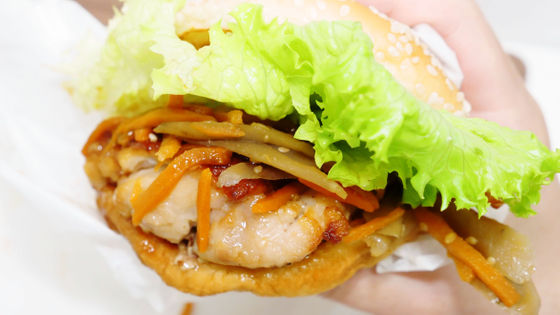 'Kinpira chicken burdock burger' can be purchased at Dom Dom hamburgers nationwide except for the Raffle Hatsuoi store.