Professional photographers use the camera of 'iPhone 12 Pro' and review it, experience both advanced software and hardware 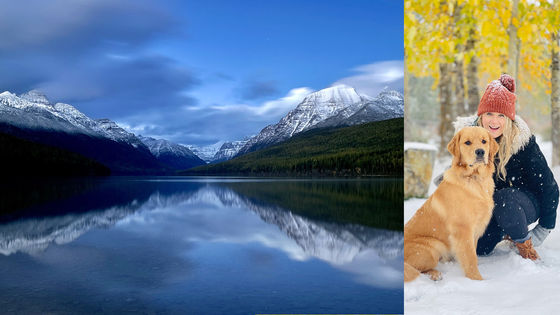 Austin Mann, a professional photographer who has

reviewed numerous iPhone cameras, is reviewing the camera performance of the iPhone 12 Pro, which was just released on October 23, 2020.

Mann is conducting camera tests on the iPhone 12 Pro in Glacier National Park , Montana, USA, in a variety of environments, from bright and sunny to dark and snow-covered.

'Many iPhone 12 Pro upgrades are software-dependent, but iPhone 12 Pro Max has both software and hardware upgrades. I was able to get the iPhone 12 Pro this week, so We are mainly investigating night mode on ultra-wide-angle cameras (first available on iPhone 12), autofocus on iPhone 12 Pro with LiDAR scanner, and new software features. '

◆ Wide-angle camera
Apple claims that the iPhone 12 Pro's wide-angle camera now 'takes sharper shots in every corner of the picture' with a new seven-lens. In addition, the aperture value has changed from f / 1.8 to f / 1.6, which has evolved into a camera that is more resistant to dark places. With the night mode that appeared in iPhone 11, the low light performance of the iPhone has improved dramatically, but in the iPhone 12 Pro, the low light performance has also improved from the hardware side of the wide-angle lens.

The following is a landscape photograph taken with a 30-second exposure with the iPhone 12 Pro fixed on a tripod. It feels bright in the photo, but it is actually quite dark, and it seems that the blue of the lake, the sky, and the green of the forest could not be seen with the naked eye. That's why Mann describes it as 'a great demonstration of the evolution of wide-angle cameras and night mode integration.' Since it was taken with a 30-second exposure, some clouds in the photo are flowing. 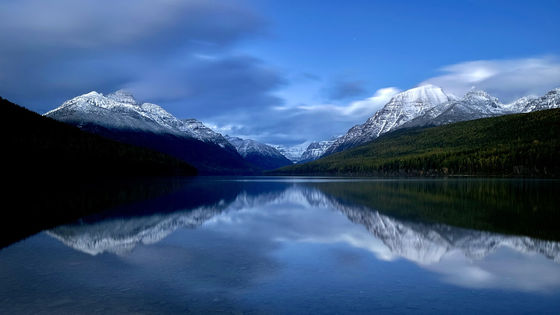 In addition, the following is a picture of the night sky taken with the wide-angle camera & night mode of iPhone 12 Pro. 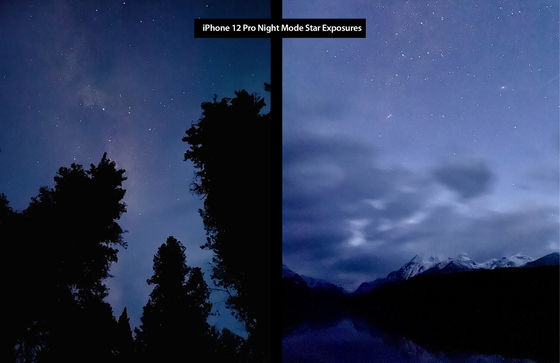 Mann, who was concerned about not only the low-light performance but also the sharpness of the new 7-element lens, took pictures with many details in every corner of the frame. However, Mr. Mann said, 'The sharpness is the same as the iPhone 11 Pro,' and he did not feel that the sharpness of the photo increased. However, from the iPhone 12 series, night mode can be used even with ultra-wide-angle cameras, so shooting performance in dark places has been greatly improved. The following photo taken just before sunrise in a storm was taken with a super wide-angle camera & night mode. Shooting is done with my iPhone 12 Pro, and automatic color adjustment is performed by the photo app. 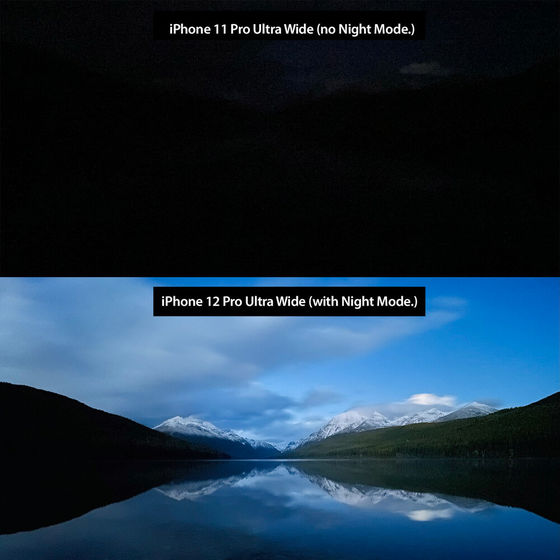 Below is a photo of the iPhone 12 Pro's ultra-wide-angle camera taken indoors. 'It's not as good as a wide-angle camera, but it's a camera that's crisp and definitely usable across the screen,' Mann said. Also, although the iPhone's smart HDR so far was very good at maintaining details, it seems that it became difficult to leave the silhouette of the subject because the entire screen became too bright. However, with the iPhone 12 Pro, you can keep the silhouette of the subject by moving the slider to lower the exposure. In the picture below, you can see that the outline of the snowy mountain at the back of the screen remains firmly. The following is a landscape photograph taken with a super wide-angle camera. 'Note that the underwater rocks in front of the screen are properly exposed, but the details of the distant sun-lit snow-covered summit are not lost,' Mann said. He says that even the different shades of light are properly processed by Smart HDR 3 and the details of the photo are preserved. ◆ Portrait in night mode
The picture below is taken in night mode portrait about 45 minutes after sunset. Since it was cloudy, there was almost no light, and it seems that I had to use a flashlight to illuminate my feet when shooting, but when shooting, I used the iPhone 11 Pro's flashlight app to illuminate the model's face while using the iPhone 12 Pro It seems that he took it with his hand. The exposure time is 3 seconds. Since it was shot in the dark and with the iPhone in hand, camera shake can be seen, but we have succeeded in shooting the subject with surprisingly sharp and accurate color viewing. 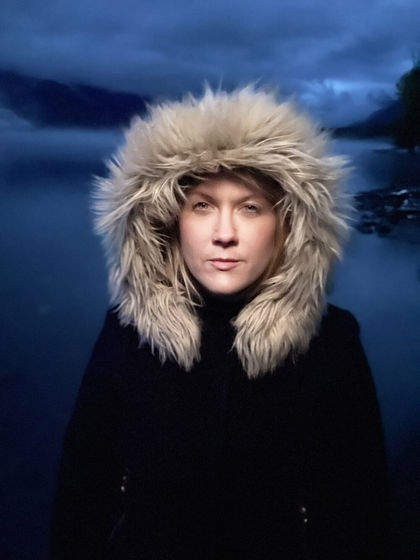 At the time of shooting, the autofocus did not move away from the model's face, Mr. Mann said, 'The LiDAR scanner worked well.' In addition, iPhone portrait mode allows the software to create a depth map to handle background blur. The above photo with a large fur hood around the face in the dark seems to be very difficult to create a depth map, but when you look at the photo the blur is firmly only in the background You should know.

◆ Camera app with professional level control
Also, in iOS 14, multiple professional-level settings have been added to the genuine camera app.

Exposure adjustment is especially useful when shooting in snowy areas, where 'most cameras auto-exposure based on the average amount of light in the scene, so a lot of bright light, such as snow, in the frame. If there is, the automatic exposure will make the bright areas appear gray. To compensate for this, most photographers adjust the exposure to about 1 to 2 when shooting in bright places to bring the color in the frame closer to white. 'Masu,' said Mann. 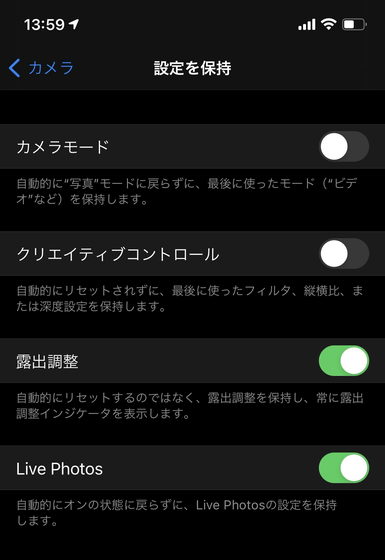 In addition, if you turn on 'Prioritize faster shooting' from 'Settings' → 'Camera', you can start the camera and take a picture as quickly as possible. Since the iPhone camera performs a large amount of exposure calculation each time you take a picture, the exposure may decrease if you take pictures continuously. If it is OK even if the image quality deteriorates a little to suppress the best moment, it seems that this setting should be turned on. 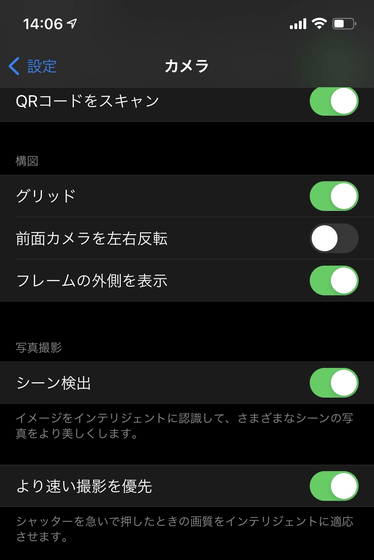 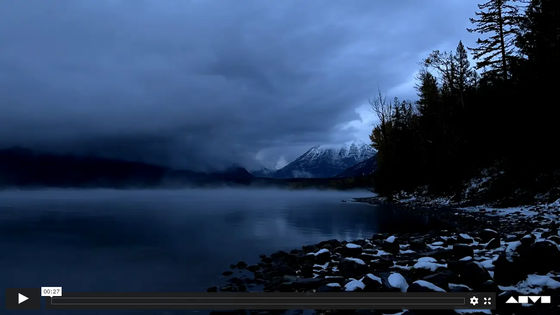 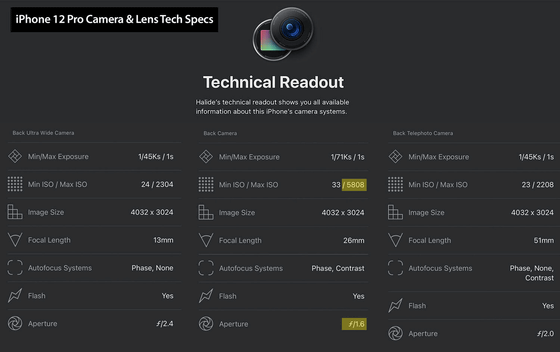 In addition, as a request for the camera of the evolved iPhone 12 Pro, Mr. Mann provided 'more detailed EXIF information' to grasp what is happening with the exposure, and an option to read the distance to the subject with the camera application. We are requesting the addition of a quick reset function for addition and exposure adjustment.