Autopilot , the autonomous driving software it provides for its vehicles.

Tesla's'Full Self-Driving' software is starting to roll out to select customers --The Verge
https://www.theverge.com/2020/10/21/21527577/tesla-full-self-driving-autopilot-beta-software-update

'Tesla's fully automated driving is just a name' evaluated by Consumer Reports with no value of over 800,000 yen --GIGAZINE That's why Tesla is working on improving the autopilot and has announced that Elon Musk has begun distributing 'Beta of Fully Automated Driving (FSD).' 'We're going very slowly and cautiously,' Musk said of the update delivery, and the beta version of fully autonomous driving is available at Tesla's Early Access program at the time of writing. Only 'a very small number of users who are experts and careful drivers' are said to be.

FSD beta rollout happening tonight. Will be extremely slow & cautious, as it should.

In addition, CEO Musk said in a financial results presentation of Tesla held on October 21, 2020 (Wednesday), 'The beta version of fully autonomous driving will be widely released by the end of the year.' By continuing to collect data over time, the system will become more robust. ' However, some safety enthusiasts said, 'Public road testing should be done with great responsibility, and having untrained consumers validate beta software is dangerous and existing. It contradicts the guidance and industry norms, 'said comments criticizing Tesla's policy.

It's unclear at the time of writing what Musk's 'beta of fully autonomous driving' means, but Musk said about autopilot updates for investors, 'Neural Networks and Control.' We've focused on rewriting the basic architecture of the algorithm. This rewrite will free up the rest of the driving capabilities, 'he said. In addition, Musk said that this update will allow Tesla vehicles to recognize the environment in 4D instead of 2D, dramatically improving performance and accelerating software updates. 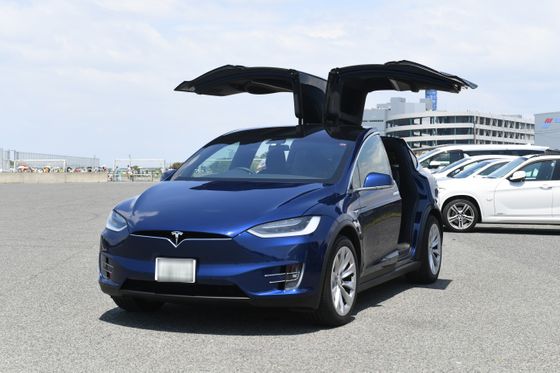 Mr. Musk previously mentioned that one of the features implemented in fully autonomous driving is 'to allow cars to drive autonomously from home to work without the driver's driving.' Therefore, Electrek , an electric vehicle-related media, wrote , 'Tesla may extend the existing autopilot'recognition of traffic lights and stop signs' function and add an automatic right / left turn function at intersections.'

If an auto-turn left / right feature is implemented at intersections, the combination of autopilot and navigation will allow Tesla vehicles to drive autonomously on both streets and highways without driver intervention. However, the driver must keep an eye on the vehicle while holding the steering wheel so that he can take over driving at any time.