Female politician launches game on Twitch with over 430,000 viewers 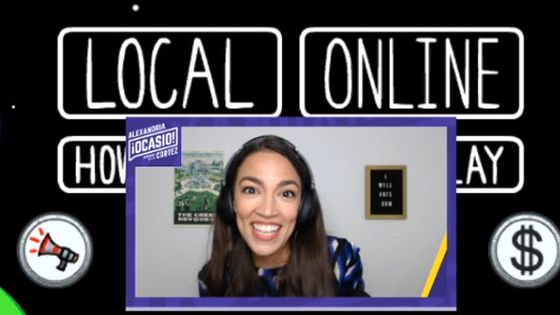 Politician Alexandria Ocasio Cortez (AOC), who became the youngest female member of the House of Representatives in 2018, made her debut as a game distributor on Twitch, according to media reports. According to Twitch, AOC's distribution received a lot of attention, attracting up to about 435,000 viewers. 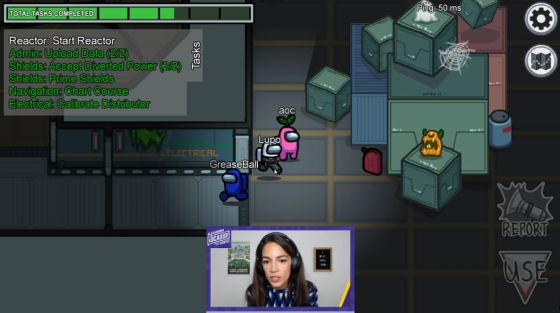 Why are 400,000 people watching AOC play the game Among Us on Twitch? | Culture | The Guardian
https://www.theguardian.com/culture/2020/oct/21/why-are-people-watching-aoc-play-games-online-in-the-run-up-to-the-us-election

AOC makes explosive Twitch debut with over 435,000 Among Us viewers | Ars Technica
https://arstechnica.com/gaming/2020/10/aocs-twitch-streaming-debut-attracts-over-435000-among-us-viewers/

AOC played the game 'Among Us' on Twitch for more than 3 hours, which he said 'I have never played'. Among Us is a game that appeared in 2018 and has been very popular with distributors on many platforms including Twitch since around September 2020. The peak number of viewers of 435,000 recorded by Mr. AOC was the momentum to break into the top 20 of Twitch's history at the time of writing the article. AOC wasn't just playing games in the broadcast, he also mentioned political activity topics such as national healthcare topics and encouraging voting plans.

AOC talks healthcare with @Hbomberguy , who is from the UK, where healthcare is free. Pic.twitter.com/3wMUZXpuF7

In the past, AOC has also participated in a multiplayer Donkey Kong 64 play as part of a charitable fundraising campaign. AOC's work, IT news media Ars Technica, said, 'AOC's use of Twitch emphasizes the unique role of the game as an online gathering place. Her actions are politicians. It can be said that it reflects a new type of political activity in which oneself goes where the voters are. '

There are many cases where politicians, not just Mr. AOC, use methods such as streaming services and games to appeal to voters. Former Vice President Joe Biden, who was elected to the presidential election in November 2020, is also conducting an election campaign using the Nintendo Switch ' Animal Crossing: New Clothes Forest '. As for whether AOC's efforts could get new voters, news media Guardian Patrick Lam said, 'I don't think she'll get new voters. If Democratic celebrity AOC gets Twitch. If anyone is excited about streaming on, he's already on the road to the end-of-life net left, but she tells a lot of people about elections through distribution. I couldn't say it's a bad thing because I was able to encourage people to speak and encourage people to actively plan their votes. '