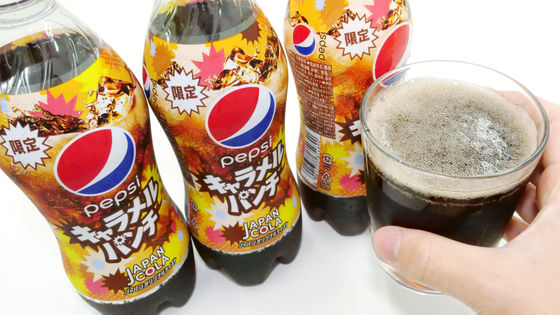 Pepsi Japan Cola ' that appeared in 2020 are compatible, so I actually drank it. It is a Japan-only and seasonal drink jointly developed by PepsiCo of the United States and Suntory of Japan, and the word 'Limited' is emphasized at the top of the Pepsi logo. Looking at the raw material names, sugars (fructose-glucose liquid sugar, sugar), salt / carbonic acid, caramel color, acidulant, and caffeine are common to Pepsi Japan Cola. The difference is that a fragrance and a preservative (Na benzoate) are added. So I'll pour it into a cup. The situation is as follows.


When I pour it into a cup, it is so strong that bubbles pop up on the surface immediately after pouring. When you bring your face closer, you can feel the scent of caramel in the scent of Pepsi. 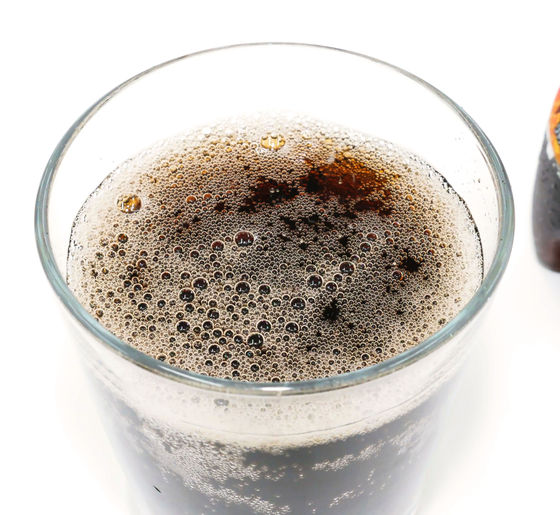 When I actually drink it, it has a Pepsi-like flavor while I'm drinking it, but after I finish drinking it, the aroma and sticky sweetness of caramel sauce remains, so it gives a slightly sweeter impression than normal Pepsi. It has a strong crackling carbonic acid stimulus and is a perfect drink for those who like strong carbonic acid. 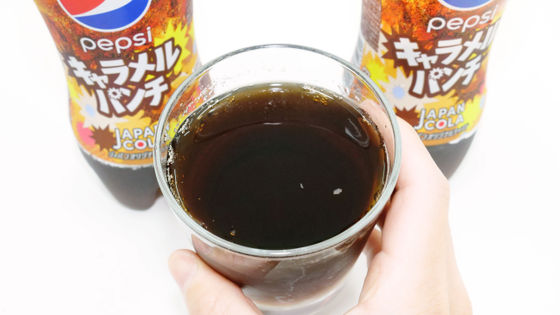 'Pepsi Japan Cola Caramel Punch' can be purchased at convenience stores and other retail stores nationwide from October 20, 2020 (Tuesday). The suggested retail price is 140 yen excluding tax, and at the time of writing the article, a set of 24 pieces was sold for 2746 yen including tax (114 yen per piece) on Amazon.co.jp.