Yogurina , which surprised that it tastes like yogurt even though it is transparent , and Yogurina Sparkling, which is added with shwa and carbonic acid, will appear on Tuesday, January 28, 2020. I tried to find out what kind of taste it was like by adding carbonate to yogurina, which has a gentle taste.

Yogurina Sparkling has a capacity of 500ml and the package looks like this. The calories per 100ml is 28kcal, and the calories per 500ml is about 140kcal. Raw materials include natural mineral water, whey fermented liquid, lactic acid bacteria, mint extract, etc. Comparing Yogurina Sparkling (left) with the

renewed Yogurina (right) in 2019, you can see that the bottle shape and package design are quite different. Yogurina has a capacity of 540ml, and yogurina sparkling has a smaller volume. Yogurina has a calorie of 24kcal per 100ml, which is a bit less caloric than yogurina sparkling. In addition, it contained salt and honey that were not found in the raw materials of Yogurina Sparkling. When I twisted the Yogurina sparkling cap, I heard a whispering sound. 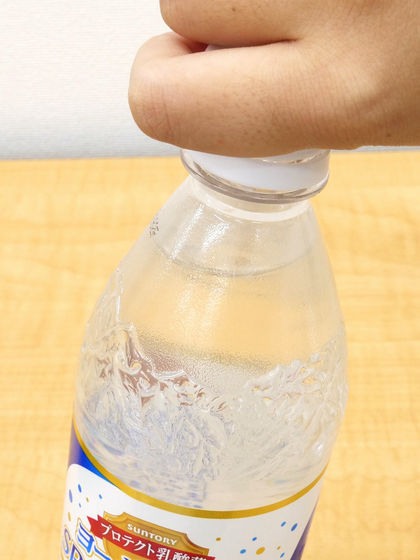 When poured into a cup, the sweet scent of yogurt spreads with the sound of shash. 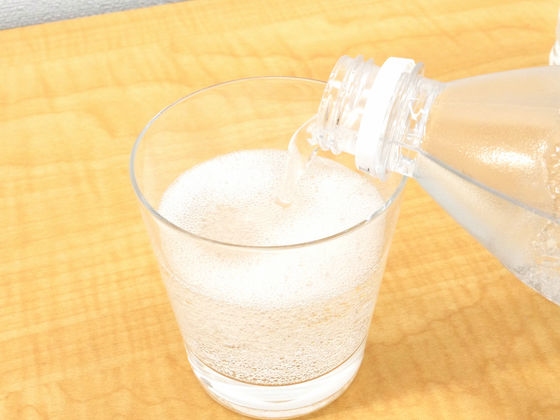 You can check how the carbonic acid pops in the following movie.


There is no difference in color compared to Yogurina, and the drink is colorless and transparent. The difference in appearance seems to be only carbonated foam. 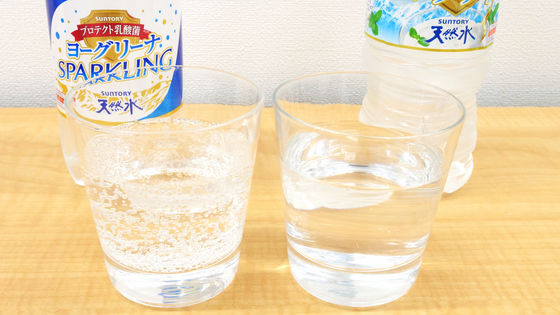 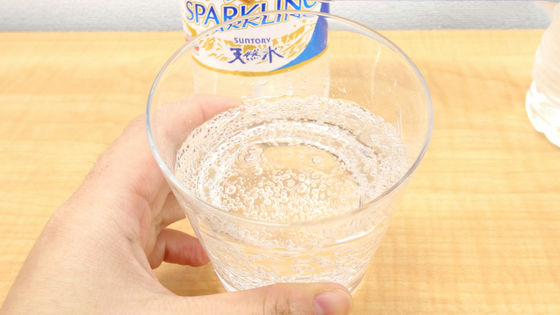 'Yogulina Sparkling' can be purchased at convenience stores and supermarkets nationwide from January 28, 2020 (Tuesday), and the price is 131 yen excluding tax. At Amazon.co.jp, at the time of article creation, a set of 24 was under reservation for 2711 yen including tax. 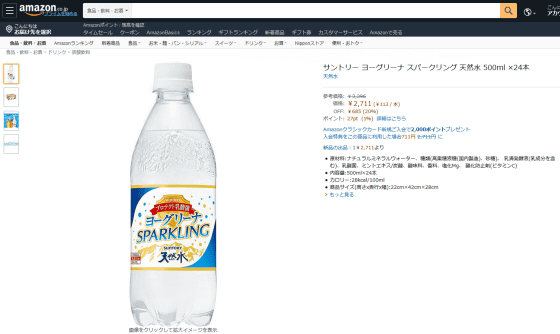