The global navigation satellite system 'Galileo' has various problems due to the influence of the ground station. 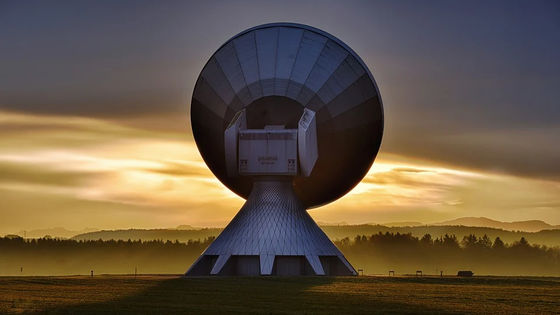 The Global Positioning System (GNSS), which is used for positioning and course positioning in car navigation systems, is particularly famous for 'GPS', but since GPS is operated by the US Department of Defense, in the event of an emergency In Europe, the European Commission operates ' Galileo ' as its own GNSS because of the possibility of service interruption or deterioration. However, 'Galileo' has problems on the ground station side, says entrepreneur

Bart Hubert, who is familiar with the situation. Hubert is an entrepreneur and software developer. I am familiar with 'Galileo', and I have also independently analyzed the reason why 'Galileo' went down for more than a week in November 2019.

What is the cause of the system down of the satellite positioning system 'Galileo', which is more accurate than GPS, for more than a week? --GIGAZINE According to Hubert, 'Galileo' does not have problems on a daily basis, but it does occasionally. In particular, the condition has deteriorated since the beginning of 2020, and in September 2020, there was a case where an error of about 5 m appeared in positioning.

Since artificial satellites do not orbit exactly in the same orbit, errors always occur. For this reason, it communicates with the atomic clock on the ground about once an hour to update detailed orbital schedule information called '

According to Mr. Hubert, 'Galileo' is a huge project with more than 10 billion euros (about 1.24 trillion yen) invested, but for some reason data communication with the ground always limits the capacity It is said that it is in such a state. Only some satellites are actively communicating with the ground, and the goal for the last few years is 'all satellites communicate with the ground once every 100 minutes.'

The design itself is simple, and if all the mechanisms work well, 20 of the launched satellites should be able to communicate at the same time, but the current situation is that it is not working. According to Mr. Hubert's research, the number of antennas communicating with Galileo's satellites is often '13'. Mr. Hubert points out that there is a problem on the ground station side in this situation.

One of the causes seems to be that many ground stations are installed in remote islands and archipelago in Northern Europe, and due to the influence of the new coronavirus, maintenance work and expansion work have not been completed at the site.

In addition, if there is a ground station that cannot be used due to technical problems, a ripple effect may occur when a new satellite is added to the network, and even if the problem on the ground station side is corrected, the effect may be prolonged. And that.

Galileo plans to add two more satellites in early 2021 to add a high-precision service that updates in real time in tenths of a meter (decimeter) and cryptographic signatures on navigation messages. Open service network message authentication service will also be available.