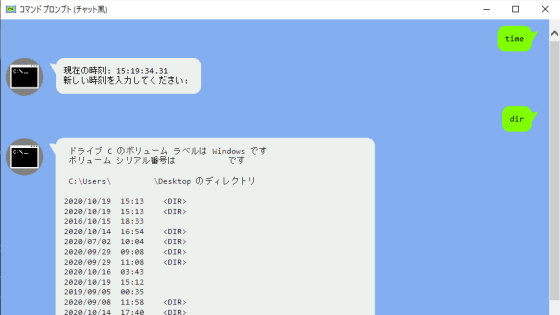 In one scene such as a movie or drama in which engineers and hackers play an active role, I often see scenes where character strings flow on a black PC screen at an unstoppable speed, but 'I do not know what I am doing. Some people may have the image of 'somehow scary'. In order to wipe out such an image, engineer

kenji has developed a ' command prompt (chat style) ' and published it on GitHub.

There seems to be some people who say, 'The command prompt is scary because there are a lot of characters on the black screen,' so I made a chat-style command prompt. The source and binaries are available below. https://t.co/2Vi5yoKYAI https://t.co/GwDL420Y8Y pic.twitter.com/jKnnxsAm2Z

The beginning of the matter is the following tweet by Mr. Shoichiro Takeuchi . For those unfamiliar with PCs who feel that 'command prompt is scary with lots of characters on a black screen', I proposed a command prompt with a chat-like interface. Mr. kenji embodied the idea in 'Command Prompt (chat style)'. The source code and binaries are available on GitHub, and anyone can try it. Access the GitHub page from your browser and click Release. 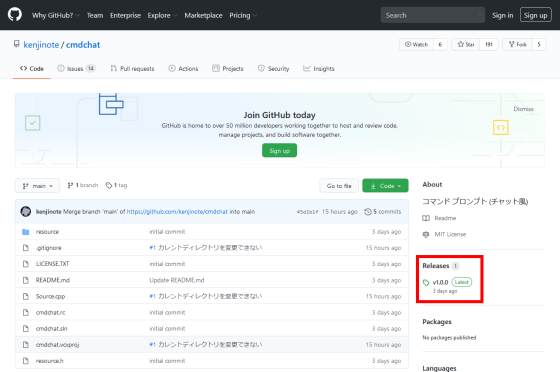 The latest version at the time of writing the article is 1.0.0. Click 'cmdchat100_x64.zip' to download the software. 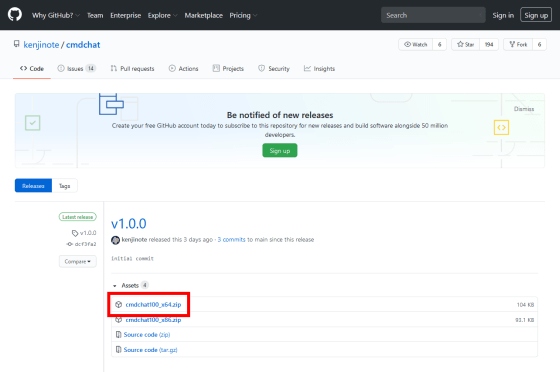 If you are using Firefox, a pop-up will be displayed, so click 'OK'. 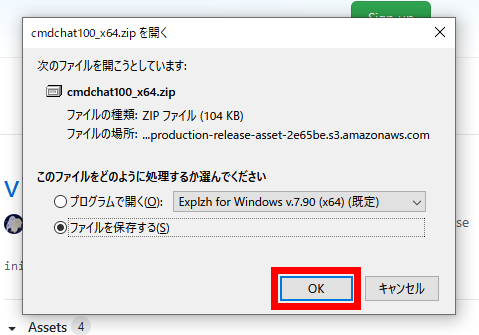 When you decompress the downloaded ZIP file with decompression software such as 7-Zip and execute the EXE file that appears ... A screen with a bright light blue background was displayed. 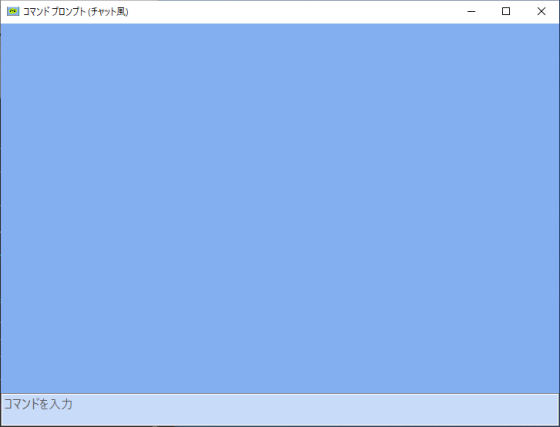 Try entering the 'time' command to see the current time. 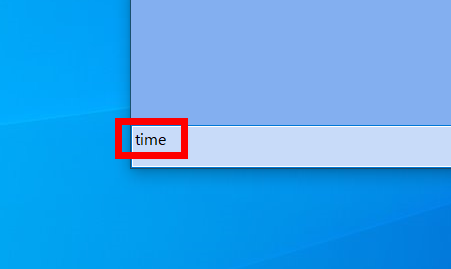 With this kind of feeling, you can execute commands and check the execution results as if you were sending and receiving messages with the chat app. 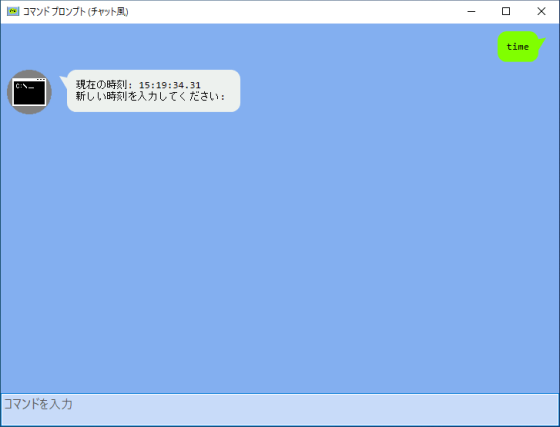 You can use all the commands that can be used at the normal command prompt, such as the 'dir' command. 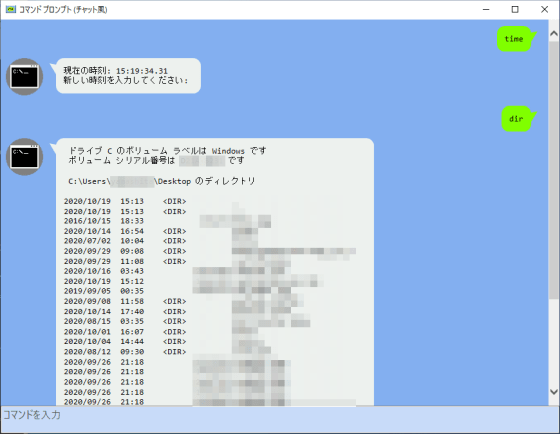 When the same 'dir' command is executed at a normal command prompt, it looks like this. Certainly, the chat-like screen is more familiar. 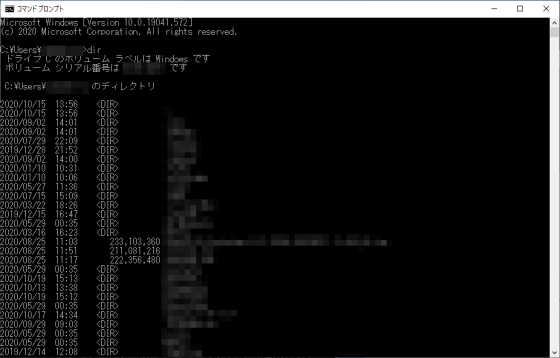 I thought that if I used the 'doskey' command to set an alias for the command, I could do more chat-like operations, but unfortunately it seems that the doskey command cannot be used at the time of writing the article. 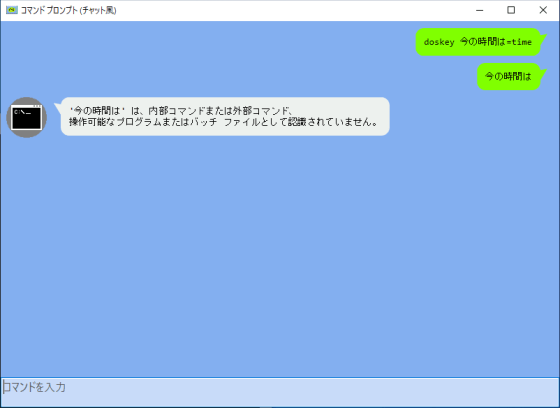 It is said that problems and requests related to the command prompt (chat style) have already been registered in the issue on GitHub, so I am looking forward to future version upgrades.

Thank you for all the retweets and comments! Bugs and requests have been registered in Issue. The information processing test has just finished, so we will respond.