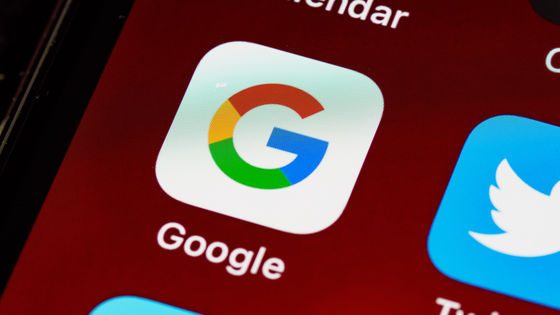 Chrome, a web browser developed by Google, can delete

cookies and site data from the settings, but programmer Jeff Johnson points out that Google's site data will not be deleted.

In Chrome, it is possible to enable the setting to delete cookies and site data when Chrome is closed from 'Settings' → 'Cookies and other site data'. However, according to Johnson, it is clear that only non-Google site data will be deleted, and Google-affiliated site data such as YouTube and Google search cannot be deleted with this setting. 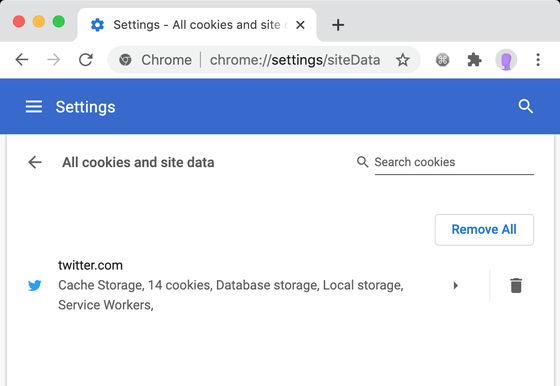 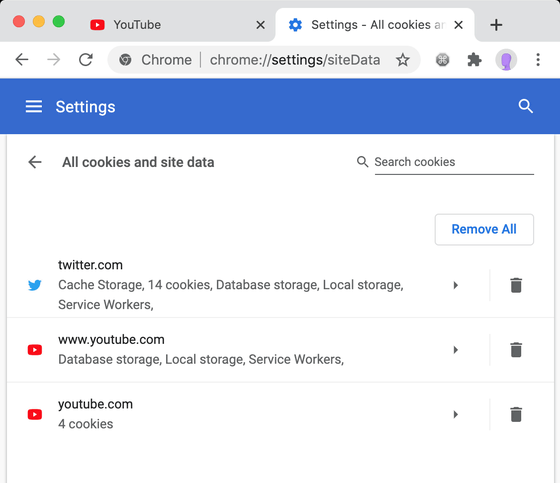 Once you restart Chrome, it looks like this. You can see that the YouTube cookie is deleted, but the site data of database storage, local storage, service worker remains as it is. 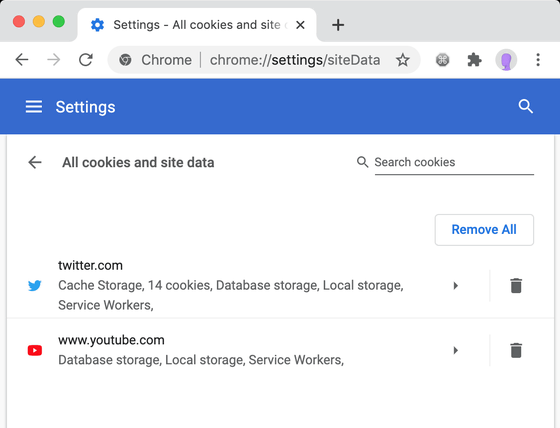 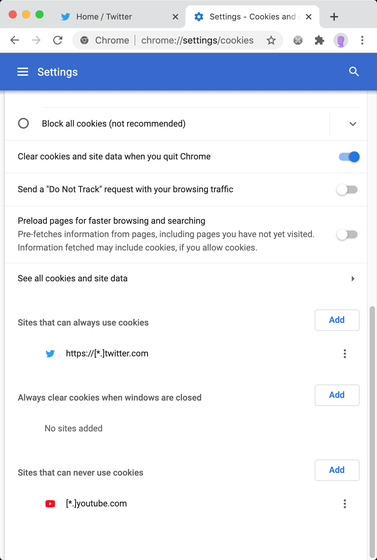 'Maybe this is just a Chrome bug, not intentional behavior, but the problem is why it only affects Google-affiliated sites,' Johnson said, which is against Google's will. I point out that it is happening. In addition, Mr. Johnson is using the latest version of Chrome for macOS, version 86.0.4240.75, and it seems that the same bug occurred in earlier versions of Chrome, but this bug has existed since when. It seems that it is unknown whether it is.

At the end of a blog post reporting a Chrome bug, Johnson said, 'You might read this article and say,'Use Safari instead of Chrome!', But Safari has a site at the end. It's actually worse because it doesn't even have the ability to delete data. '