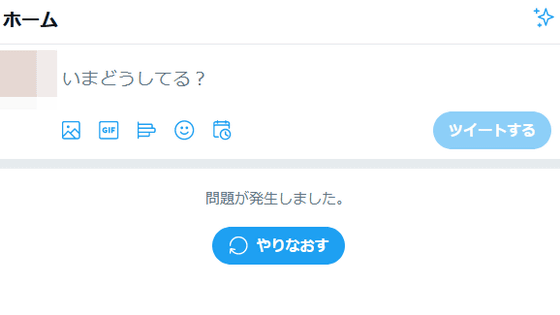 A large-scale failure has occurred on Twitter since the morning of October 16, 2020 (Friday). According to Twitter, there is no evidence that the problem was caused by a security breach or hacking.

Twitter has been down for many of you and we're working to get it back up and running for everyone.

We had some trouble with our internal systems and don't have any evidence of a security breach or hack.

Defects are manifested in various ways. For example, in the example below, you can't read your past tweets or tweets from the accounts you follow, and your home timeline is blank. 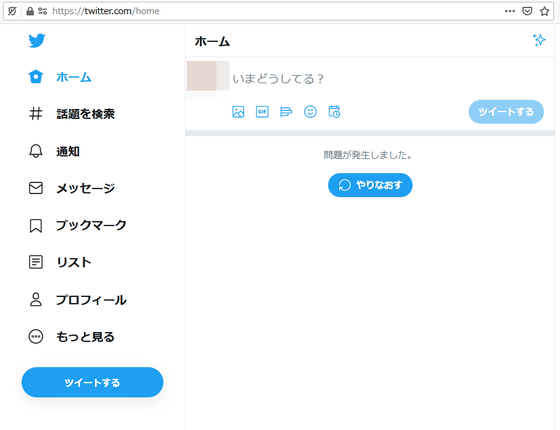 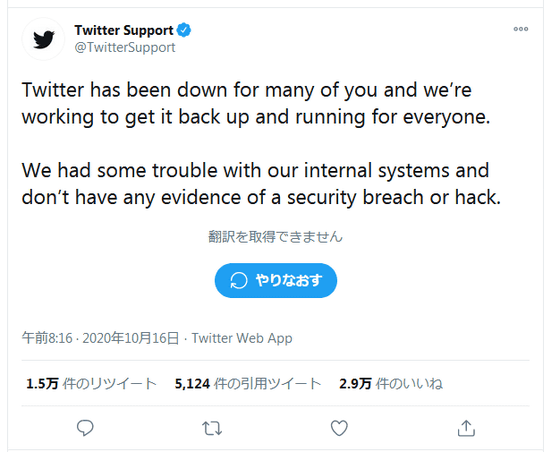 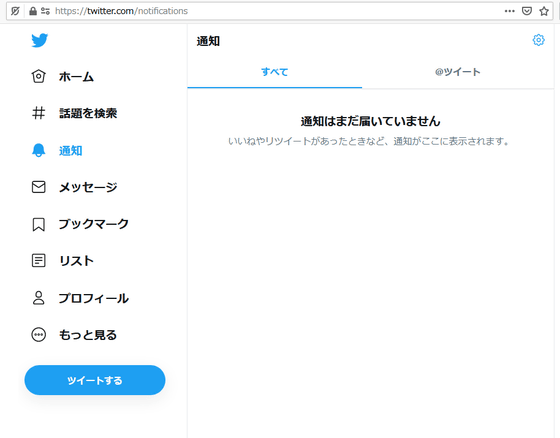 If you check with In addition, on the ' Twitter API Status ' page, we started investigating this issue before 7 o'clock on October 16, Japan time, and at 10:11 it was reported that 'the situation seems to be returning to normal'. I will.