From an ethical point of view, there is a deep-rooted claim that experiments to create a new organism '

chimera ' that combines humans and non-human animals should not be carried out. However, a study conducted by the University of Minnesota revealed that 'the implementation of chimera research is supported by the majority of people.'

A chimera is an organism that gives one individual different genetic information by combining embryos and cells of different types of animals. There are several successful cases, such as the actual production of chicken and quail chimeras. Chimera research is often sought after by some people due to ethical issues, but it is promising in that it 'may be a source of human transplant organs.' This is a research field.

What is 'chimera technology' that creates human organs in pigs and sheep? --GIGAZINE There are pros and cons to chimera research, but at least in the United States, a research team at the University of Minnesota has announced that it is 'supported by nearly 80% of people.'

In a study conducted by the research team, 430 survey participants were asked the first question, 'Is it acceptable to inject induced pluripotent stem cells (iPS cells) into embryos of transgenic pigs without a pancreas?' I asked. Subsequently, the person who answered 'yes' to the first question said, 'In order to produce a pig with a human pancreas, the embryo created in the first question may be inserted into the uterus of a female pig. Ask the second question, 'Whether?' We asked those who answered 'yes' to both the first and second questions, 'Is it okay to actually transplant the human pancreas produced in the pig's body?'

As a result, the research team reports that about 59% of participants answered 'yes' to all three questions and about 82% answered 'yes' to the first question. 'We have shown that more than 80% of Americans embrace some aspects of chimera research. For me, this result is the most interesting finding, because in the past it was one of the stem cell studies. In the field of the department, Americans and representatives did not even allow researchers to carry out their research, 'said Francis Shen, a professor of law at the University of Minnesota. 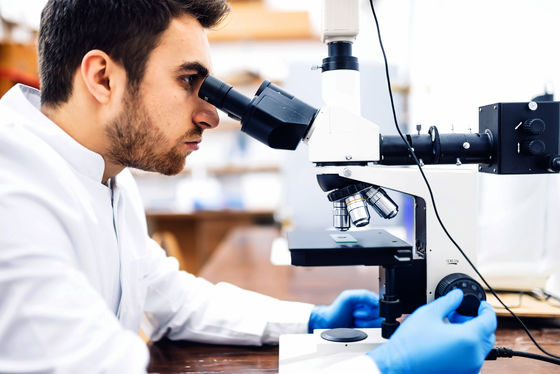 Chimera research itself is not illegal in the United States, but the National Institutes of Health (NIH) has suspended funding for chimera research since 2015. Therefore, the field of chimera research is not actively conducted except for international joint research. Shen accused the NIH of suspending funding as a 'moratorium-like policy' that delayed research.