Why can a person learn faster when working independently than when forced? Is scientifically shown 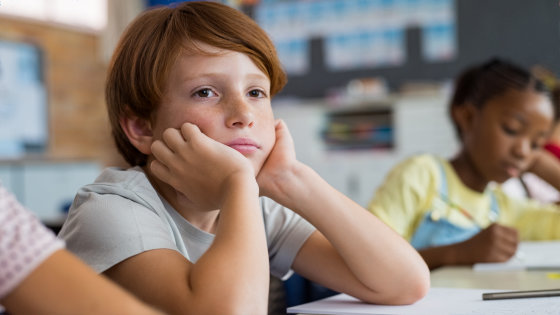 various biases in our actions, and it is difficult to make choices and actions based on certain criteria like machines. New studies have shown that people learn faster when they can make their own choices than when they are forced to make choices.

We Learn Faster When We Aren't Told What Choices to Make --Scientific American
https://www.scientificamerican.com/article/we-learn-faster-when-we-arent-told-what-choices-to-make/

Well-known biases that change one's cognition include positive bias, which directs cognition toward 'reward' rather than 'punishment,' and confirmation bias , which ignores disproof and collects only information that supports one's hypothesis.

A research team led by Stefano Palminteri of the French National Institute of Health and Medicine conducted several experiments to find out how such biases affect human choice.

In the experiment, Palminteri displayed two symbols on the screen to show to the subject. In this experiment, the subject will get points by pressing a key and selecting one of the two images, and the points accumulated at the end of the experiment will be cashed. The score obtained depends on the symbol selected, and it was designed so that the subject could understand which symbol had the highest score by repeating trial and error.

By repeating the experiment under various conditions, it was first found that in an environment where people can freely choose, a 'reward' with a higher score than a symbol that gives a 'punishment' such as deleting points. It means that you can quickly remember the symbols that give you. This looks like a positiveness bias, but in the experiment the subject learned from both 'choose a symbol to add points' (positive) and 'do not choose a symbol to deduct' (negative). Since it was shown that, the possibility that this phenomenon is a positiveness bias is excluded. Researchers consider the phenomenon shown in the experiment to be confirmation bias because it 'convinces oneself that he is right from both positive and negative results.' However, when a computer conducted a 'forced selection' experiment in which the computer instructed the subject to select which one to select when displaying the symbol on the screen, the subject began to press keys according to the computer, and confirmation bias disappeared. He said he did. It was also confirmed that the learning speed was slower in the forced selection experiment than when the selection was free. This result explains why parents are forced to slow down the learning speed of children practicing the piano.

'The paper shows that this bias is not necessarily unreasonable, but a useful mechanism that teaches us about the world,' said Philip Corlett of Yale University, who did not participate in the study. It is powerful to feel that you have built up, and it helps you to have a strong belief in the face of unforeseen circumstances, 'suggested that selection confirmation bias is related to a person's sense of control. On the other hand, having a sense of control can have a positive effect on learning, but going too far can lead to delusional thinking. This tendency is also seen in those who have the idea of being kidnapped by aliens and those who strongly oppose wearing a mask to prevent the new coronavirus infection (COVID-19). Based on the results of this study, it seems that those who have a strong tendency for such delusional thinking have had some experience in the past to reinforce their wrong thoughts. However, this hypothesis has not been substantiated, so further research is needed.

A study published in August 2020 showed that senior cadets in a trained and commanding position reported greater control than civilian cadets following senior cadets. it was done. Thus, the relationship between free choice and control has been shown in the past, and further research is needed, including how it affects learning.