Google announces 'Chromecast with Google TV' that can output Netflix and Amapura in 4K &amp; comes with a remote control 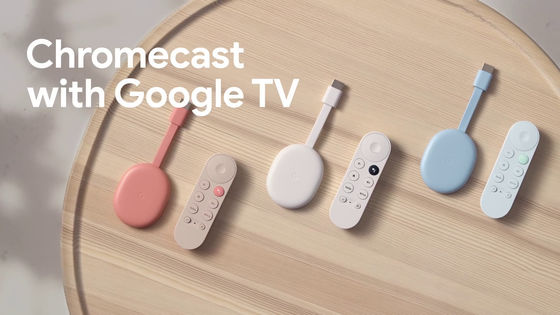 At the online product launch '

Launch Night In ' held by Google on September 30, 2020, the TV service ' Google TV ' that brings together various subscription-type video distribution services and the HDMI dongle Chromcast will be Google We announced ' Chromecast with Google TV ' that is compatible with TV .

You can see the video of Launch Night In from the following. 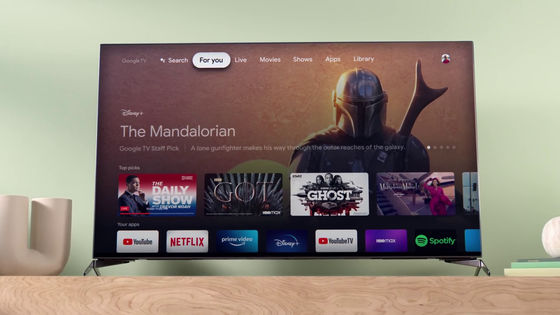 It is a platform that allows you to access not only YouTube and YouTube TV, but also subscription-type video distribution services such as Netflix, Amazon Prime Video, Disney Plus, HBO Max, and Spotify. 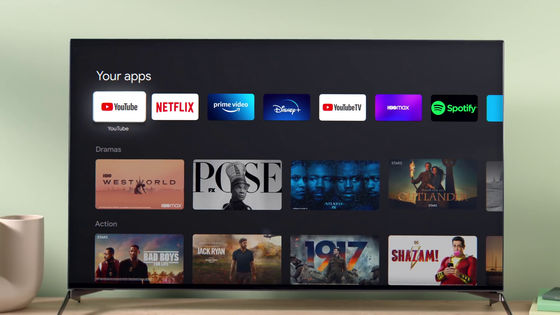 One of the advantages of combining multiple subscription-type video distribution services is the 'watch list' function. You will be able to list the dramas and movies you want to watch later across the boundaries of the service. 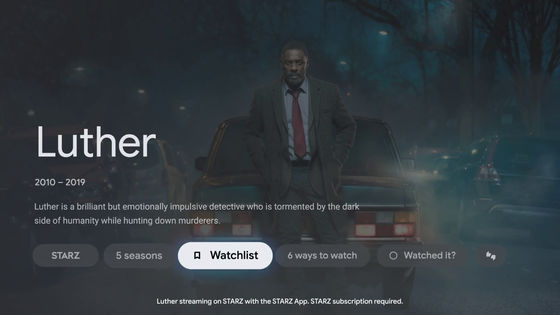 Of course, you can also register the programs you care about in the watch list from your smartphone via Google search. 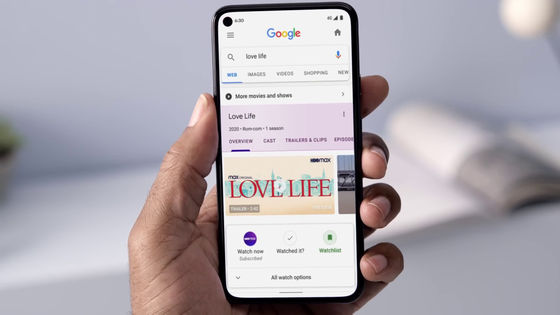 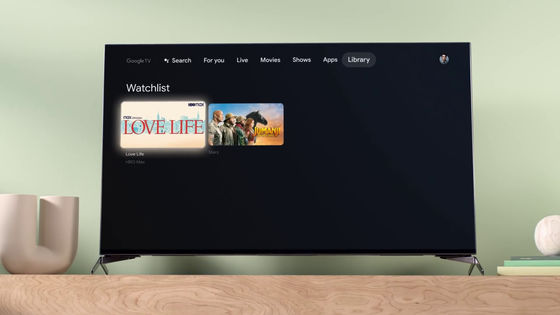 It also supports Google Assistant, Google's voice assistant AI, so you can find movies even if the movie title is vague. For example, if you ask the Google Assistant to 'look for a Batman movie' ... 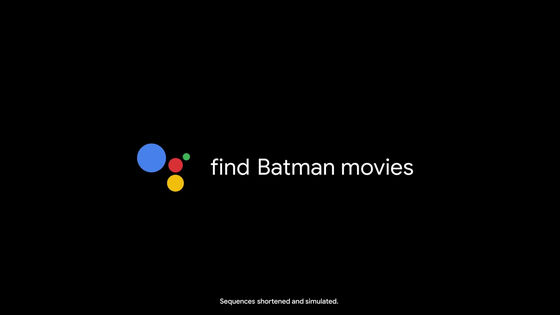 Like this, the movie that Batman appeared was displayed in the search results. 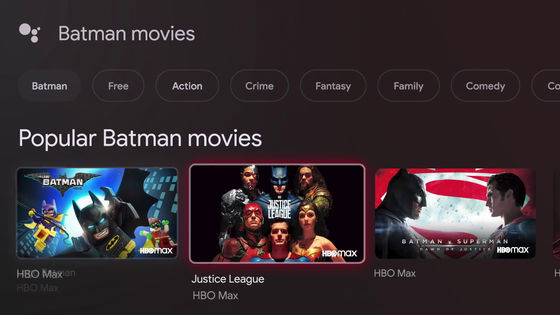 Google TV can also work with compatible home devices. When I asked the Google Assistant, 'Show me the front door,' ... 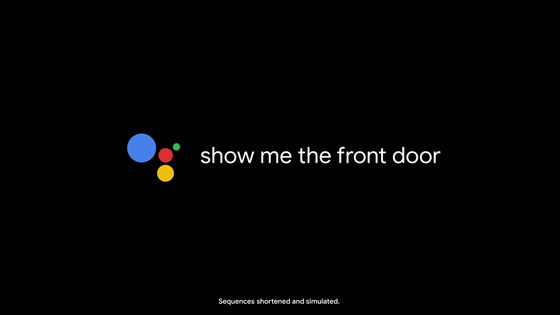 The image of the surveillance camera installed in front of the entrance was projected on the TV. 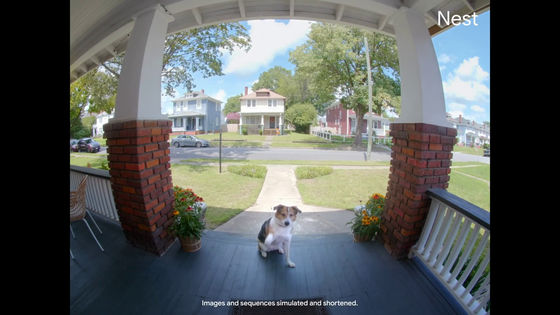 And, with Chromecast, a dongle device that plugs into the HDMI terminal of the TV, a model 'Chromecast with Google TV' compatible with Google TV was also announced. Unlike the old model, which was a round disc, the shape is oval. 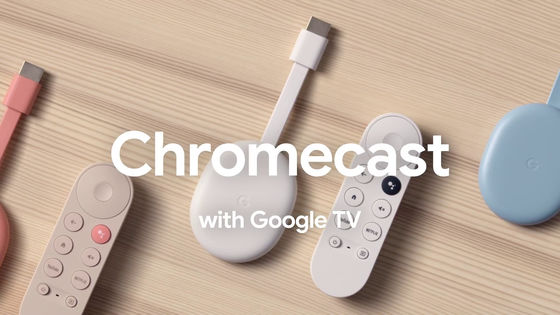 A remote control with a built-in Google Assistant is also included. 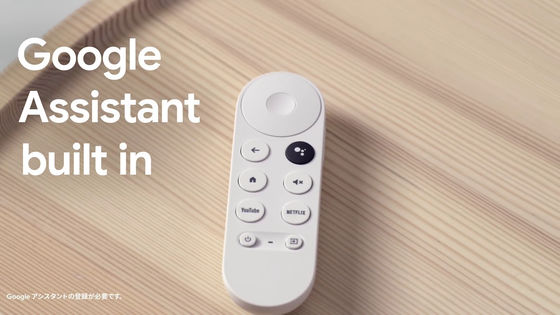 Press the black button on the remote control ... 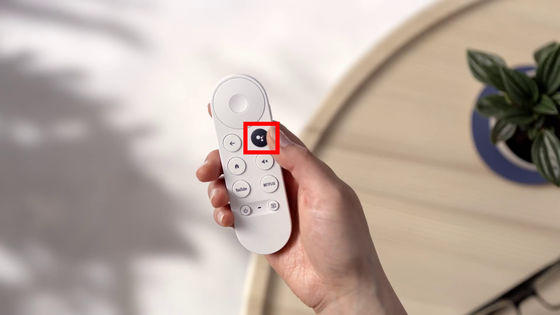 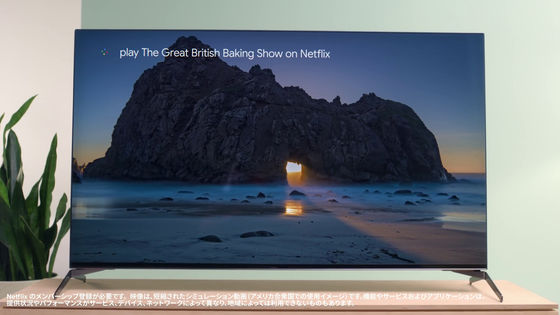 Then, the program you are looking for will be displayed on the TV as instructed. In addition, Chromecast with Google TV is capable of 4K output and supports In addition, YouTube and Netflix have dedicated buttons on the remote control, which makes them more accessible than other services. 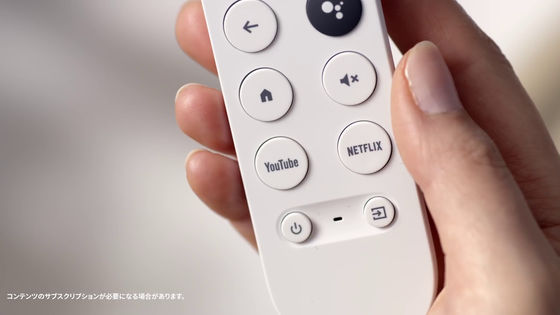 There are three colors, Snow, Sky, and Sunrise. According to Google's device industrial designer Isabel Olsen, the aim was to create colors that would be familiar and enjoyable to the surrounding environment. 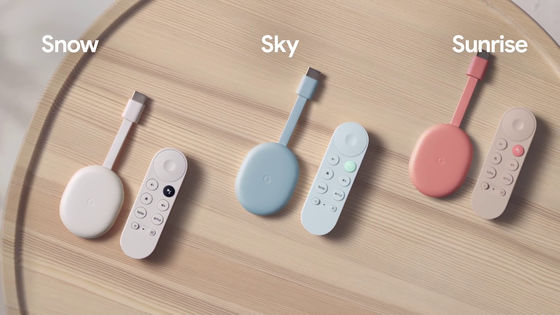 The price of Chromecast with Google TV is $ 49.99 (about 5300 yen). It will be released in the United States from September 30, 2020, but other countries including Japan are scheduled to be released at the end of 2020. 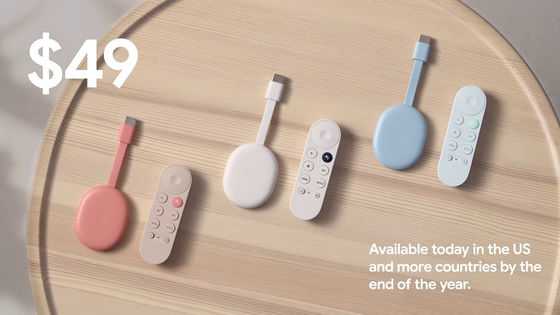 The IT news site The Verge has already published a review of Chromecast with Google TV. The Verge has the three advantages of 'supporting 4K output,' 'excellent in aggregating multiple video contents,' and 'controllable by both infrared remote control and HDMI CEC ,' while 'occasionally performing. He complains that it will decrease and that it does not support Apple TV. In addition, The Verge reports that no explicit ads were displayed during use.