The 2020 award-winning research of the 'Ig Nobel Prize' that makes people laugh and think is announced, and Japanese people have been awarded for 14 consecutive years. 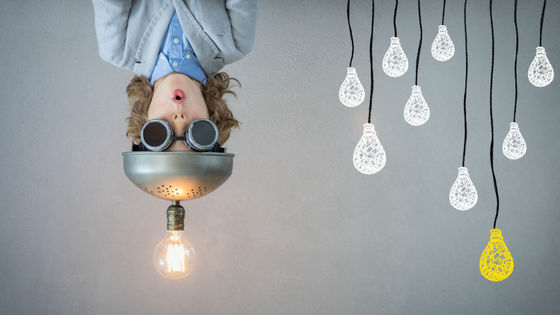 The 2020 award-winning research of the '

Ig Nobel Prize,' a parody of the Nobel Prize for 'achievements that make people laugh and think,' has been announced. In 2020, Associate Professor Tsuyoshi Nishimura of the Primate Research Institute of Kyoto University received the 'Acoustic Award' for his research on 'How does the crocodile's bark that smoked helium change?' I did.

Here are the winners of the 2020 Ig Nobel Prizes to make you laugh, then think | Ars Technica
https://arstechnica.com/science/2020/09/bellowing-alligators-and-frozen-poop-knives-the-2020-ig-nobel-prizes/

The Ig Nobel Prize has created 'achievements that make people laugh and think', eccentric research, and social events with the aim of attracting the attention of the general public and reaffirming the fun of science. This award is given to individuals and groups. In addition to scientific research, awards may also be given to products such as karaoke, Tamagotchi , and BowLingual .

The 2020 award ceremony will be held online from 7:00 am on September 18, 2020, Japan time, for the first time in the history of the Ig Nobel Prize. The official live streaming of the Japanese version was done on Nico Nico Live Broadcasting. You can time-shift the 2020 Ig Nobel Prize award ceremony from the URL below.

The following are the Ig Nobel Prize-winning researches in 2020.

◆ Acoustic Award: ' How does the crocodile's bark that sucks helium change? '
The winner of the Acoustics Award was a joint team of Austria, Japan, and the United States, to which Associate Professor Tsuyoshi Nishimura of the Primate Research Institute of Kyoto University belongs. The research team recorded a female bark in a helium-injected aquarium to investigate the mechanism by which the endangered crocodile Chinese alligator in China speaks. The authors said, 'The Chinese alligator has the same vocalization mechanism as humans, which resonates in the body and makes a voice,' because the crying sound was high when helium was inhaled. I conclude.

◆ Psychology Award: ' How to identify narcissists from eyebrows '
In psychology, narcissism is described as a 'bad' personality characterized by selfishness, selfishness, and vanity. This research is to distinguish such narcissists from their facial features. Miranda Jacomin and colleagues at the University of Toronto asked 39 undergraduate students at the University of Toronto to 'look at the subject's own photographs taken after making a natural facial expression and score the' narcissist degree 'of that facial expression. I asked them to do the research. The study concludes that the authors rely primarily on 'eyebrows' to determine that they are narcissists.

The authors write that 'especially those with well-organized eyebrows should be careful.'

◆ Peace Prize: ' Diplomat of India and Pakistan who exchanged harassment to ping pong dash at midnight '
India and Pakistan have long been in conflict over the sovereignty of the Kashmir region. Diplomats from both countries are engaged in 'harassment battles' under the surface, and in addition to tailing and obscene prank calls, they are repeating 'ping-pong dash'. The 2020 Ig Nobel Prize for Peace was presented to the diplomats representing the governments of both countries for acting like elementary school students.

◆ Physics Award: ' How the morphology of living earthworms changes when exposed to high frequencies '
Ivan S. Maximov and colleagues at Swinburne University of Technology in Australia fill with flexible skin and liquid, considering that 'most of the organisms are made of liquid and behave like droplets.' We investigated whether ' Faraday waves ' occur on the body surface of earthworms using earthworms that have a body cavity. Faraday waves are a phenomenon in which a standing wave pattern appears on the water surface when a container filled with water is moved in the vertical direction at a constant frequency.

As a result of the investigation, Maximov et al. Succeeded in modeling the earthworm as an 'elastic cylindrical shell filled with fluid'. He argued that the results of this study 'helped control biophysical processes, such as the propagation of nerve impulses.'

In addition, the paper states that 'when a large vibration is applied to an earthworm, it releases a sticky liquid and should be avoided.'

◆ Economic Prize: ' Relationship between national income differences between nations and the average amount of mouse-to-mouse kisses '
The 2020 Ig Nobel Prize in Economics explores the culture of 'romantic mouse-to-mouse kisses' to show that kisses are effective in maintaining couples' bonds over the long term, such as Scotland, Colombia and France. Was given to a multinational team in Scotland. The research team recruited 3,109 participants from all over the world to investigate the frequency of kissing, and proved the tendency that 'the frequency of kissing is high in countries with low average income.' 'Kissing may play an important role in maintaining a long-term stable couple bond in some harsh environments,' the research team said.

◆ Business Administration Award: 'Multiple subcontracting of killer'
The business administration award was given to five hit men who caused 'multiple assassination subcontracting' in China. The prime contractor's killer ordered the assassination for 2 million yuan (about 31 million yen), but pinned a part and ordered it to the subcontractor. As a result of repeating the same phenomenon, the reward received by the end killer was only 100,000 yuan (about 1.5 million yen). In addition, the end killer failed to assassinate, and all of them, including the client, were arrested.

'The hired hitman hires a subcontractor' is repeated, and the 'fifth hitman' is born --GIGAZINE 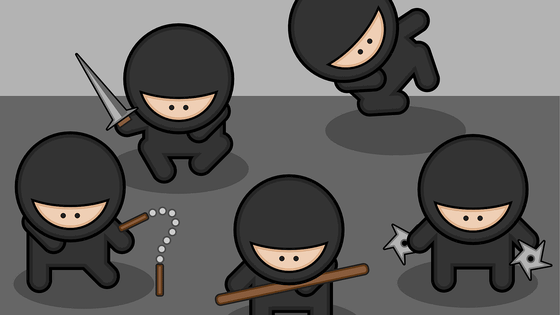 ◆ Materials Science Award: ' Demonstration of Inuit's legend that' I was cutting meat with a knife of frozen human feces ''
Anthropologists such as Wade Davis and others have been vaguely believed for many years that the tradition that 'Inuit, an indigenous people living in ice and snow, made knives and cut meat with their own poop' has been vaguely believed for many years. Actually conducted an experiment of 'making a knife from frozen human feces'. It proved that human feces knives are useless and won the 2020 Materials Science Award. ◆ Insectology Award: ' Evidence that many entomologists are afraid of spiders that are not defined as insects '
' Insects are the' six-legged Amon Insecta means the generic term for arthropods that are classified in the foot if an insect is six. According to this definition, an eight-legged spider is not an insect. According to Richard S. Better, entomologists who are experts in insects react differently to spiders than insects.

◆ Medical Award: ' Diagnosis of a medical condition that makes you feel pain when you hear the mastication sound of another person '
' Misophonia ' is a medical disorder that causes negative emotions for a particular sound. In an experiment involving 42 subjects with misophonia, Dutch researchers demonstrated that chewing sounds evoke negative emotions.

In addition, President Lukashenko will be the second award following the 2013 Peace Prize for 'arresting a man with one arm for applause.'

In addition to fame, the above winners received 10 trillion Zimbabwe dollars (unusable since 2009, about 4 yen at the lowest value rate).