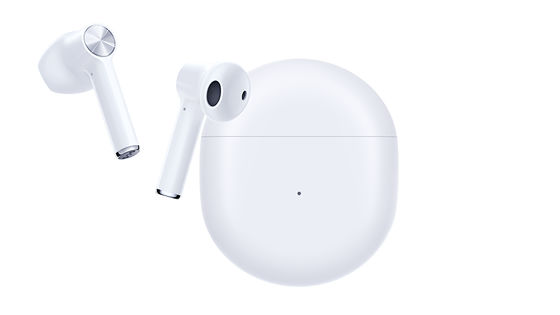 The wireless earphone ' OnePlus Buds ' developed by Chinese smartphone maker OnePlus has been seized by the United States Customs and Border Protection (CBP) for infringing the trademark rights of Apple's wireless earphone 'AirPods'. It became clear.

On August 31, 2020, 2000 OnePlus Buds were seized by CBP at John F. Kennedy International Airport in New York City, USA. CBP published the seized drama on Twitter on September 14, describing the seized OnePlus Buds as 'counterfeit AirPods.' In addition, it seems that OnePlus Buds worth 398,000 dollars (about 42 million yen) was seized.

CBP officers at JFK Airport recently seized 2,000 counterfeit Apple AirPods from Hong Kong, valued at $ 398K had they been genuine.

Those aren't counterfeit AirPods, fuckheads. They're a legitimate product. It's just that the design has been closely copied.

'It's unclear why OnePlus Buds underwent such a survey,' said overseas media The Verge. 'OnePlus Buds have already been on sale for several weeks on Best Buy, Walmart, Amazon, etc. in the United States.' I will.

A CBP spokeswoman said, 'When examining the cargo in question, CBP experts determined that the earphones infringed Apple's trademark rights. Apple is the AirPods configuration trademark (design trademark). ), And the trademark is also recorded in CBP. '

Since the configuration trademark generally registers the appearance of the product, some say, 'CBP determines that the OnePlus Buds are genuine products, that is, they are not counterfeit products disguised as AirPods, just by looking at the packaging. 'Isn't it possible?' However, in response to these opinions, CBP said, 'The decision that CBP will seize the earphone in question has nothing to do with the package image or language. Companies use Apple's word marks and designs that infringe trademark rights. 'You shouldn't do that,' he said again, saying that 'OnePlus Buds is a counterfeit product that infringes Apple's trademark rights' and was seized.


CBP seems to be offering OnePlus, the developer of OnePlus Buds, an opportunity to show evidence that 'OnePlus Buds does not infringe related trademarks', but OnePlus commented on this seizure. He refuses to do so, and progress is unknown.

Please note that Apple has not taken any legal action against OnePlus Buds, which is already widely sold by American retailers. So, The Verge says, 'You can still buy the OnePlus Buds without any problems, but it's unclear if CBP intends to seize the OnePlus Buds for future imports.'