Why is 'sleep' important to lose weight? 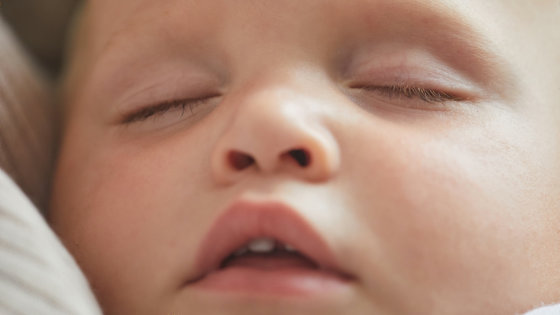 The most important factors to lose weight are 'exercise' and 'dietary restriction', and 'sleep' is often overlooked. However, in addition to the increased

risk of body fat and obesity, people who sleep for less than the seven hours generally recommended include: ``If you sleep 5.5 hours during calorie restriction, It is shown that not only is the amount of fat reduced smaller than that of fat, but also the 'loss of non-fat volume' including muscle is increased.' Emma Sweeney of Nottingham Trent University and Ian Walche of Northumbria University explain why the effects of sleep on obesity and weight loss are scientifically explained.

Why sleep is so important for losing weight
https://theconversation.com/why-sleep-is-so-important-for-losing-weight-145058

There are several reasons sleep affects fat loss, but the main one is that it affects metabolism, appetite, and food choices. Sleep affects the secretion of leptin and ghrelin , the hormones that control appetite. Leptin has the effect of reducing appetite, so a large amount of secretion causes a person to feel full. Conversely, ghrelin is a hormone that stimulates appetite and is thought to create a 'hunger sensation.' A 2004 study showed that limiting sleep increased ghrelin levels and decreased leptin levels. Another study in 2004 also conducted a study of 1024 subjects and found that short sleep times were associated with high levels of ghrelin and low levels of leptin. In this way, sleep time affects hormone secretion, which increases a person's appetite and makes it difficult to limit calories in food selection. In addition, sleep time also affects sugar metabolism. When a person eats, a hormone called insulin, which processes sugar in the blood, is released. However, lack of sleep worsens the response of insulin to blood sugar, making it difficult to take up sugar. A new study published in 2020 showed that even a single 4-hour sleep could block the insulin response in young, healthy men. And if sleep deprivation is temporary, the insulin response will be restored immediately, but chronic sleep deprivation will cause obesity and type 2 diabetes.

Lack of sleep affects your food choices, increases your sugar intake, and worsens your insulin response, impairing your sugar intake. Due to these two changes, sugar is not used as energy but is converted to fatty acids and accumulated as fat, which is thought to increase body weight.

On the other hand, “exercise” is considered to be useful as a countermeasure against the effects of lack of sleep. Exercise is thought to have a positive effect on the loss of appetite by reducing the amount of ghrelin and secreting the hormone peptide YY in the intestine. Exercise has also been shown to improve insulin response.