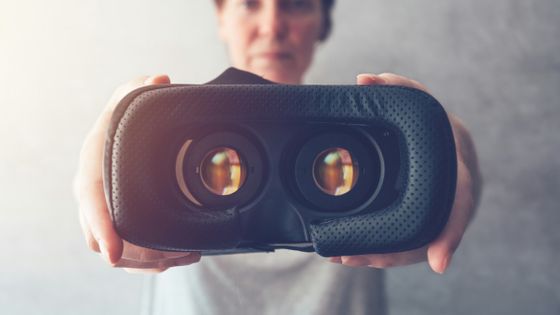 In recent years, Apple is proceeding with the acquisition of AR/VR related companies, and it was reported that it acquired VR startup ' Spaces ' in August 2020. This has added to the rumor that 'Apple is developing AR/VR products'.

Apple was rumored to be developing AR/VR headsets from around 2017, but in July 2019, ``Apple's AR/VR development was canceled and the development team was also dissolved,'' it was reported. It was done . However, it has been reported that Apple is developing its own AR/VR headset even after that, and in May 2020, it acquired a VR company ``NextVR'' based in California, USA. Is known.

Apple acquired NextVR, revealing that ambition for ARVR has not disappeared-GIGAZINE 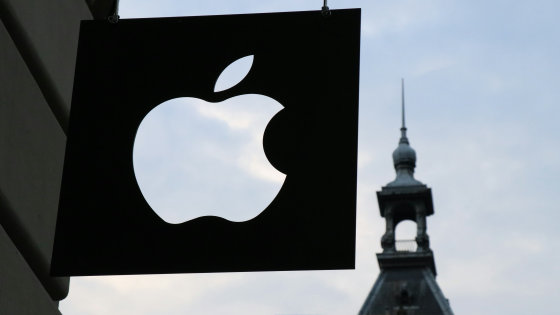 Meanwhile, it was reported that Apple acquired VR startup Spaces in August 2020. Just before the acquisition was reported, Spaces announced that it will stop the existing service, and the text 'Spaces is going in a new direction' is posted on the official website at the time of article creation. Spaces would like to thank its users and partners in this article, but without any information about being acquired by Apple. 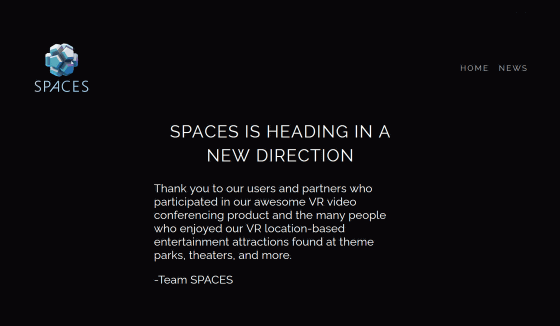 Spaces is a VR startup founded by former DreamWorks Animation employees and has provided a location-based VR experience like a game center. However, due to the pandemic of the new coronavirus infection (COVID-19), the VR game center was forced to close, and Spaces was in a difficult situation.

As of June 2020, Spaces CEO Shioraz Akmal told the foreign media Protocol, “COVID-19 felt like a tsunami for us .” Spaces was dismissing employees, borrowing a small loan, and releasing a VR app that allows them to participate in Zoom meetings from the VR space .

It is reported that Spaces was finally acquired by Apple, but it is unknown whether the Spaces development team will join Apple's ARVR development team as it is. However, Apple is rumored to be developing a VR headset equipped with a high-resolution display and a high-performance speaker system, Bloomberg announced that Apple's VR headset will be announced in 2021 and will be released in 2022 It is reported that there is. 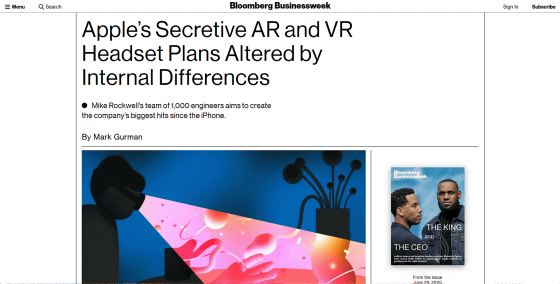