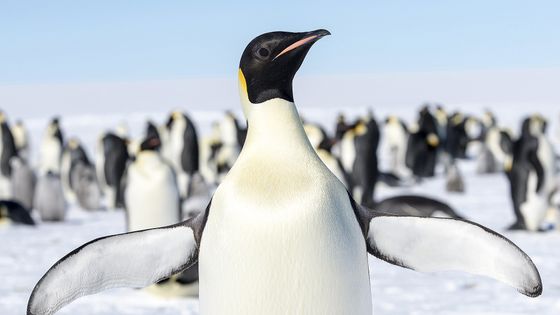 The largest emperor penguin currently alive, colonizes on the ice around Antarctica and breeds in a severe environment of tens of degrees below freezing. For this reason, it is difficult for humans to directly check colonies and measure the exact population, but we succeeded in finding 'unidentified emperor penguin colonies' that were unconfirmed so far, by looking for 'pouts of emperor penguins' from satellite images. It is reported that it did. The Antarctic continent, inhabited by emperor penguins, is a harsh environment where the temperature drops to tens of degrees below freezing, in addition to being far from human settlements. Therefore, it is difficult to measure the population of emperor penguins, but the research team at the

British Antarctic Observatory has been looking for colonies of emperor penguins by looking for 'penguin poop' from satellite images over the past 10 years.

The image below is a penguin poop found in a satellite photo. Penguins form colonies and stay there for long periods of time, resulting in a collection of poops that have been excreted for many years, turning brownish as can be seen in satellite images. In some cases, the poo is spread over a relatively wide area... 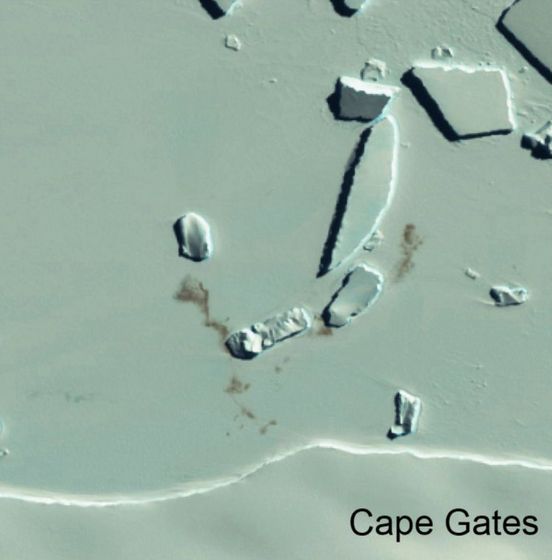 In some cases, you can see only a tiny dot. Most of the discovered colonies were very small, so they decided to combine multiple images to confirm the existence of colonies. 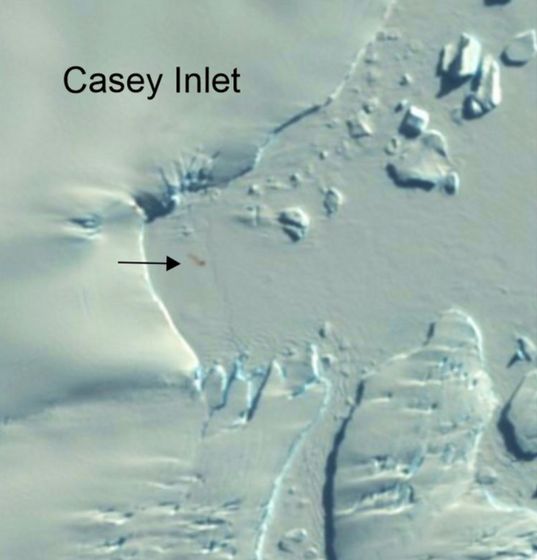 Most of the emperor penguins breed on ice fixed to the land, and the colony needs to be stable for about 9 months from the offspring to the fledgling. It seems that some of the colonies discovered this time were on the ice about 180 km from the shore, suggesting that there may be undiscovered colonies far offshore than the colonies previously discovered. That.

However, since the area far from the shore is warm, the research team points out that it is susceptible to the disappearance of sea ice due to global warming. According to a 2019 study, it is predicted that “the temperature of the penguin population will decrease by 31% in the next three generations only if the temperature rises by 1.5 degrees”, and the impact of global warming on the emperor penguin is serious.

'It's good news that new colonies have been found,' said Phil Trathan of the British Antarctic Observatory, but all newly discovered colonies have been suggested by recent models to 'decrease populations of emperor penguins.' It is in the area where it is located.” He added that the newly discovered colony is a ' coal canary ' and needs to be carefully monitored to see how climate change affects Antarctic colonies.