What happens to the human body if it is thrown into outer space without a space suit? Astronauts on board the International Space Station (ISS) do not stay onboard for the entire space flight, and sometimes go out into space for extravehicular activities. In such a case, wearing a

space suit that allows you to survive and operate safely in outer space, but about the question 'What happens to humans if thrown into outer space without wearing space suit?' , ZME Science , a science-based media, explains .

What would happen to humans exposed to the vacuum of space without a spacesuit?
https://www.zmescience.com/science/what-happens-human-space-052523/

Widely whispered theories are that 'the human body explodes when it is thrown into outer space in the real world' and 'in the outer space, blood boils in an instant and evaporates to death.' There are also science fiction movies depicting such scenes, but even if you actually jump out into outer space without wearing a space suit, it seems that the human body will not explode or the blood will not boil. 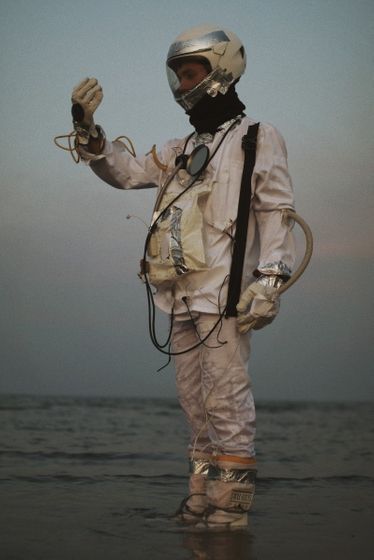 Although we are hardly aware of it in our daily lives, the human body that lives on Earth is constantly being pressed by atmospheric pressure, and the pressure in our body pushes it back to maintain a balance. However, since the outer space is in a vacuum state, there is no

atmospheric pressure that is commonplace on earth. Therefore, if you jump out into outer space without the protection of space suits, etc., you will fall into a sudden decompression state.

The theory that “the human body explodes when it jumps out into outer space” is associated with this sudden decompression. However, according to ZME Science, human skin is very flexible and strong, so it can expand according to the decompression without spilling important tissues and organs.

However, the effect of sudden decompression is not small, and it causes the pain of expanding the body due to the rapid evaporation of water in the tissue, and the compression of the heart and diaphragm due to the expansion of the air in the intestine, decompression sickness, etc. I will. In addition, the sudden release of air from the lungs may cause damage to the tissues of the lungs and airways. 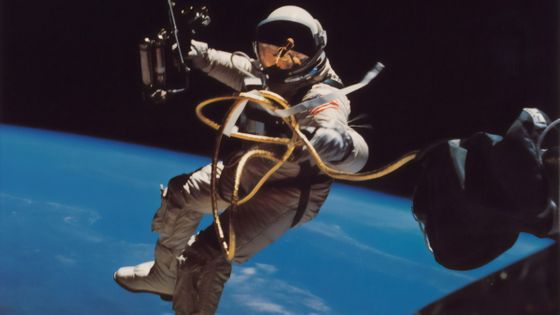 But even if you don't hold your breath, you will soon run out of oxygen. If you are lucky, it is possible that you may be conscious for about 15 seconds after going out into outer space, but after that you lose consciousness, and in about 2 minutes your body's organs become deficient in oxygen and die. I will.

In the past, there have been some cases of “accidents that have been exposed to vacuum or sudden decompression”. In an accident that occurred at the

Johnson Space Center in 1965, a technician who entered the vacuum chamber accidentally decompressed and lost consciousness in 12 to 15 seconds. After 27 seconds, the inside of the vacuum chamber was re-pressurized, and the technician regained consciousness, and although he lost his taste about 4 days after the accident, he seemed to have recovered safely. In the 1982 accident, a technician was exposed to a low pressure environment equivalent to only 3.6% of atmospheric pressure for 1 minute, causing the skin to turn blue and bleeding from the lungs. This man also seems to have recovered safely after the accident.

In addition, since the external temperature when the ISS is facing the sun is approximately 121 degrees, and the external temperature when the sun is blocked by the earth is approximately minus 157 degrees, the 'temperature' in outer space is also the human life. Seems to threaten. However, because there is no air in the universe, heat is not transmitted to the human body through air, nor is heat transferred by convection. Radiation is the only way heat can travel in outer space, but since radiation takes time to transfer heat, it will die from lack of oxygen before it dies, ZME Science pointed out.