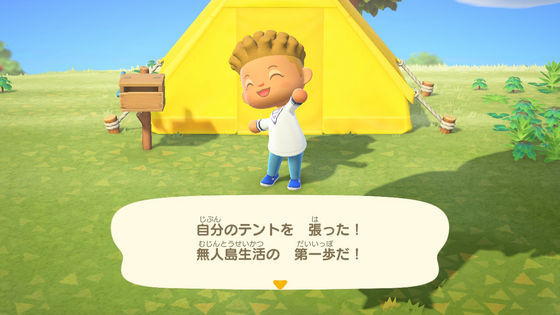 Atsume Animal Forest ' is a game where you can enjoy a slow life with cute animals, and develop an uninhabited island from scratch, stick to fashion and interior, and richly design the island where you live with residents. .. The game media IGN gives 25 pieces of advice for those who 'don't know what to do' because 'Atsume Animal Forest' can do so much.

◆ 1:
Save all bells to the ATM at Tanu Port on the last day of the month. 0.5% of the savings amount is earned as interest. 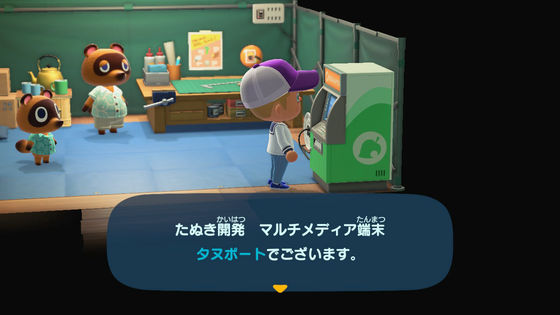 ◆ 2:
Talk to the inhabitants when they find strange phenomena on the island, such as double rainbows. Some information about what happened can be obtained from the stories of the residents.

◆ 3:
If you give residents a tool such as 'Zou Sanjoro,' they will use the tools that they have given you in their daily lives. 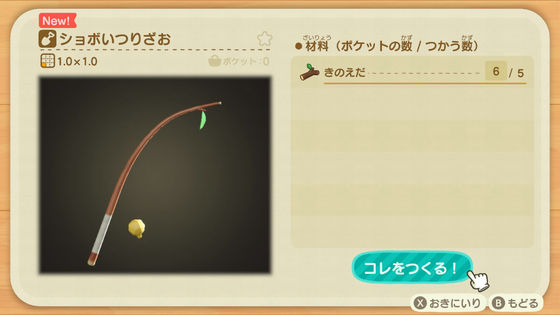 ◆ 4:
Shizue and other residents rarely talk about the nature of the visits they make on a particular day. However, it is possible to immediately determine whether or not Tsunekichi came to the island from the icon on the map.

◆ 5:
At the information desk, you can repeatedly check the reaction of Mr. Toshiki Tanuki. The two respond differently to certain emotions.

◆ 6:
If you don't know which tree is a fruit tree because you are planting a lot of trees on the island, you can use My Design to mark the ground to find out what fruit from which tree. It is possible to distinguish whether or not. If you don't like it, create an orchard area.

◆ 7:
Keep your closet close to the Able Sisters store so you can quickly see what you already have before buying new clothes. The furniture that functions as a closet includes lockers and refrigerators in addition to the closet.

◆ 8:
Only eight bridges can be created on the island, so using the island creator to create natural bridges will make it easier to move between islands. If you want to prevent the case where you cannot cross the opposite bank due to the river, you can jump and cross by placing land on the river.

◆ 9:
It is also possible to apply the same procedure to a cliff. You can create a natural bridge that can be jumped and crossed by arranging multiple small hills.

◆ 10:
If you invite friends or people you know on SNS to the island, fence the turnip so that it is not too close. ◆ 12:
You can get DIY recipes from residents 3 times a day. The first is in the morning, the second is during the day, and the third is at night by talking to DIY residents at home.

◆ 13:
Various DIY recipes are available depending on the character of the inhabitants. You can get DIY recipes of all kinds by matching the residents of each character on the island or visiting a friend's island whose characters are not on your island. 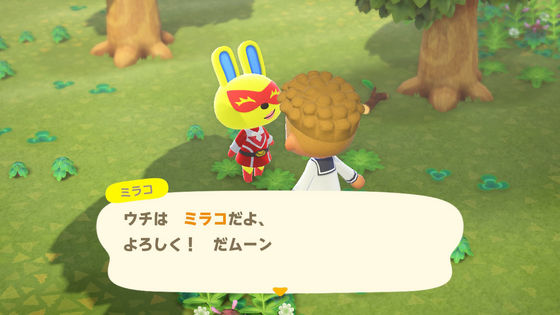 ◆ 14:
You can get an item called 'Hoshino Fragment' by praying when a shooting star occurs. Even if you pray on another person's island, the 'Hoshino Fragments' are falling on the beach of your own island the next day, so it is better to pray on the island where you can see the meteor shower.

◆ 15:
You can get the pattern once a day by talking to Asabu Sisters Asami every day. The pattern can also be used to remake furniture.

◆ 16:
It is not possible to do DIY using the materials stored in the house, so it is convenient to create a DIY space outdoors and stock the materials used for DIY such as wood, iron, and stone.

◆ 17:
Items will come out when you hit rocks, so build fences etc. around the rocks in order to efficiently hit them.

◆ 18:
Balloons can also be dropped with insect nets. Especially when the wind is flowing southward at high altitude, it is easy to drop.

◆ 19:
The easiest and guaranteed way to bring a specific animal to your island is with the Animal Forest amiibo card . However, if someone comes to the camp site, it is possible to have them consider moving if you keep talking to them. The maximum number of inhabitants that can live on the island is 10, so if the capacity is exceeded, the inhabitants will move randomly. If the moving residents do not like it, you can close the game before the conversation ends and repeat the task of talking to the animals at the camp site again, making it possible to select the residents carefully.

◆ 20:
You can also get more recipes with the amiibo card. You can use the amiibo card to invite animals to the campsite once a day, and you can get recipes by asking them.

◆ 21:
Residents have a hidden status called dearness, and it is possible to increase dearness by talking with the residents, giving presents, and listening to the residents' requests. As the degree of affection rises, players will be able to give presents to residents, and even higher, they will be able to get pictures. Also, when the degree of affection is high, it is possible to change the habits and greetings of residents. ◆ 22:
By inviting residents to Pany Island, you will be able to purchase posters at Tanuki Shop.

◆ 23:
By placing musical instruments around music players such as boomboxes and CD components, it is possible to play music with the residents. It is better to place these in the plaza in front of the information center where many residents tend to gather throughout the day.

◆ 24:
With the island creator feature enabled, it will be possible to place sand ground throughout the island. Now you can plant coconuts anywhere on the island.

◆ 25:
Villagers walk along the road and avoid walking on flowers as much as possible. Making use of this characteristic to create a scenic route makes it easier to track where the inhabitants are.