Which CPU should be bought while the result of comparing the CPUs of Intel and AMD from all viewpoints is released? 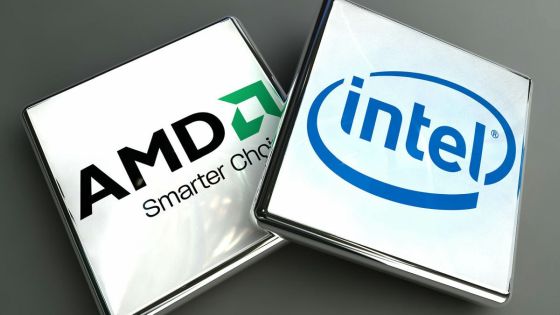 When looking for a PC for games or desktop apps, the reality is that CPU options are limited to Intel or AMD.

Paul Alcorn , editor of the news site `` Tom's Hardware '' specializing in hardware related information, compares Intel and AMD desktop CPUs for 10 items such as performance and price, and publishes the analysis result .. ◆ Price
Simply comparing CPU prices, AMD is inferior to Intel. However, AMD CPUs have 'compatible socket shapes,' 'overclocking is possible on all models,' 'high-speed PCIe 4.0 is available,' and 'high-performance CPU cooler. Is attached to all models '', the socket shape is easy to change, overclocking is limited by CPU and motherboard models, and high-end models are more bargain than Intel CPUs that do not have a CPU cooler Alcorn Mr. judge. 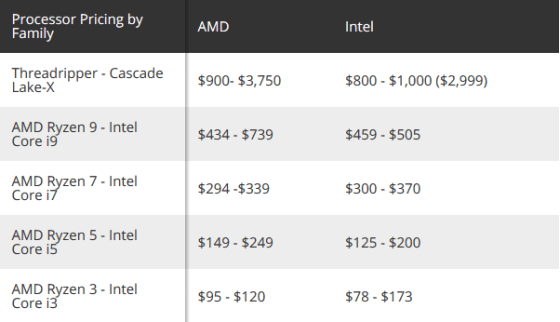 ◆ Game performance
Intel CPU, which is superior to AMD in performance per core, is said to have an advantage in game performance. Especially in the high-end area, the strength of Intel is remarkable. However, it is difficult to realize this difference in performance, Alcorn said. Also, to enjoy the superiority of the game performance in the Intel high-end CPU, play a game at 1080p, which is a resolution that is not high, with a high-performance external GPU and a monitor with a high refresh rate. That is, an extremely limited environment is required. When playing games at 1440p or higher, GPU becomes a bottleneck rather than CPU, Alcorn said. 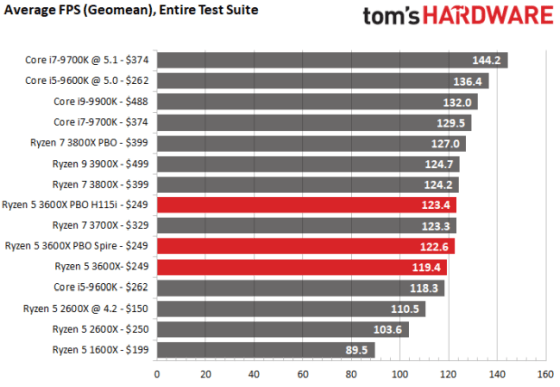 ◆ Creative area
In the creative area, AMD is dominant because of the overwhelming number of cores. For example, AMD's high-end model Ryzen 9 3950X has 16 cores, while Intel's high-end model Core i9-9900K has 8 cores, and Ryzen 9 3950X boasts twice as many cores. Even with respect to the fact that AMD CPUs do not have a built-in GPU, professional creators often use external GPUs, so Alcorn judges that it does not matter.

function
AMD is also showing strength in features such as the number of cores, L3 cache capacity, and number of PCIe lanes. When comparing the high-end model Ryzen 9 3900X and Core i9-9900K, AMD is higher in the number of cores, L3 cache capacity, PCIe generation and lane number, memory operating frequency, and the same tendency is seen in other price ranges It is also seen when comparing the two manufacturers. 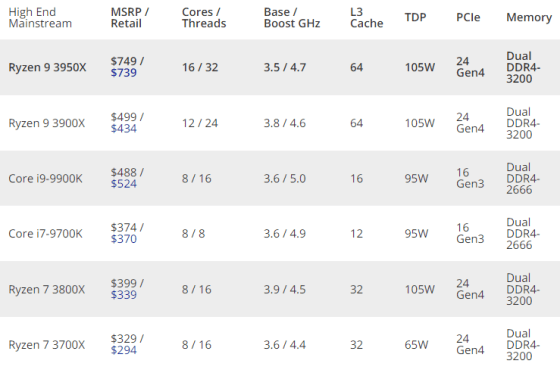 ◆ Power consumption
Comparing the power consumption when running the software ' y-cruncher ' that calculates the pi, the AMD CPU adopting TSMC's 7 nm process has lower power consumption than the Intel CPU of 14 nm process In the result. Intel CPUs compete with AMD CPUs in terms of performance, so they consume more power at high loads with each generation, and as a result, the CPU cooler that comes with them must cool the CPU sufficiently. Alcorn points out that there is a fever problem that can not be done. 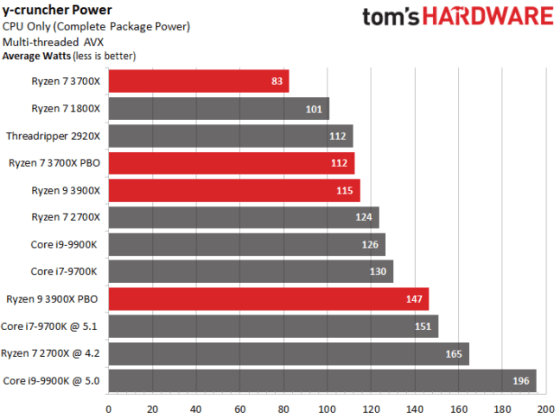 ◆ Driver and software
In terms of software support, Intel is going to get better. AMD has a smaller company size and development resources than Intel, so there are

reports that there are problems with BIOS and latest drivers, but Intel does not see such problems so much, Alcorn said And point out that this reliability has led to Intel's strength in the OEM market. In addition, one of the weaknesses in AMD software is that the optimization of OS and applications is not keeping up with AMD CPUs with a large number of cores.

◆ Architecture
Alcorn points out that AMD has strengths in architecture. AMD has adopted the 2017 Zen architecture, while Intel's architecture has taken a step back in the 2015 Skylake architecture. In particular, the 'Infinity Fabric', which is an interconnect that connects the units in the CPU developed by AMD, has realized not only improvement in yield and cost reduction, but also scalability that Intel cannot follow. As a sign of great scalability, Infinity Fabric is used in AMD's desktop CPUs, mobile CPUs, and even GPUs.

As a result of comparison by Alcorn, AMD wins 7 items, Intel wins 3 items. Alcorn says that Intel CPUs are recommended for overclocking, games, and software stability, but most users should choose AMD CPUs.