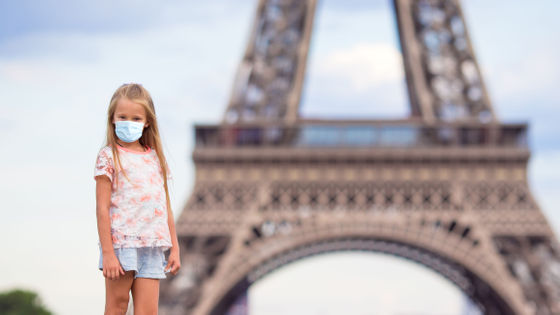 The new coronavirus infectious disease (COVID-19) occurred in China in December 2019, and it is believed that the outbreak in France began in late January 2020. However, the newly published paper suggests that ' COVID-19 was prevalent in France by the end of December 2019. ' 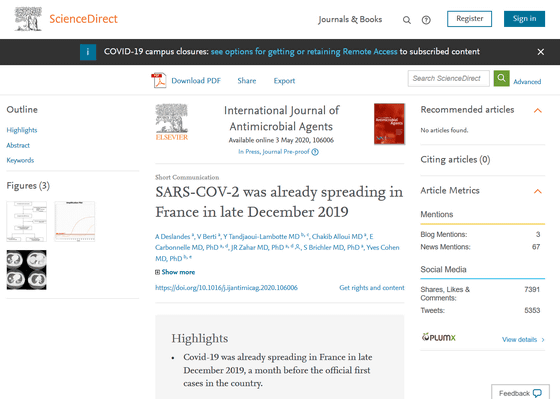 The new coronavirus is believed to have spread to the world in December 2019 in Wuhan, China, but there is debate about when and where the invisible virus occurred and how it spread. .. Wuhan City Health Officials officially reported the first COVID-19 cases on December 8, 2019. The earliest outbreak of the novel coronavirus is believed to have occurred before that, as the earliest suspected patient had begun to exhibit symptoms on December 1.

However, a new paper published by a team of doctors at Avicenne Hospital and Jean-Berdier Hospital in the suburbs of Paris, France, said that COVID-19 was prevalent in France as of December 2019. Suggests. The two hospitals had the same operating mother, and a team of doctors retrospectively reanalyzed a breath sample of 14 patients who were admitted as `` flu '' in the emergency room of each hospital, December 27, 2019. A positive reaction for COVID-19 was detected in 'patients who did not travel to China' who were hospitalized on the day. 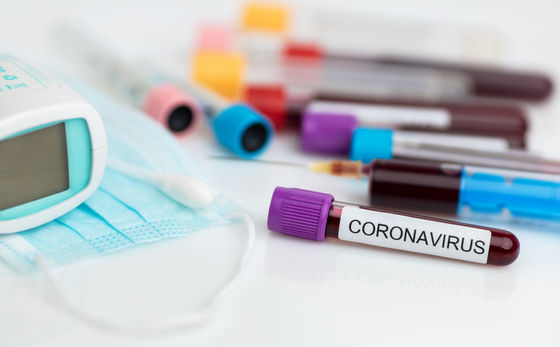 The patient in question is a 42-year-old Algerian man who has lived in France for many years. I haven't been abroad since traveling to Algeria in August 2019. This patient was admitted to the emergency outpatient clinic on December 27, 2019 due to hemoptysis, cough, headache and fever.

Lymphopenia , C-reactive protein , and fibrinogen were detected, but the procalcitonin level was normal. On December 29, 2019, he was discharged from the hospital with a good progress. Also, before the patient in question had symptoms, one of his children had similar symptoms.

Regarding the accuracy of this test, the research team said, 'There is a possibility that some information was missing because it is a retrospective test.' 'The accuracy of the PCR test was tested by two different methods. And the quality may have been compromised during the storage period, so there is still the possibility of false negatives (PDF file) . '' Claims that it may not have been confirmed. The research team said of this result, `` When considering the ratio of asymptomatic pathogen carriers etc., this survey result suggests that COVID-19 may have been circulating in France at the end of December 2019. I am doing it. '