Gresham's law says, 'If good and bad money circulate at the same par value, good money will be stored or exported and will disappear from the market, leaving only bad money.' It's a law. This law is still alive in modern society, where gold and silver are no longer used as money, says Farnam Street, an educational blog.

Gresham's Law: The Bad Drives Out the Good As Time Passes
https://fs.blog/2009/12/mental-model-greshams-law/

Gresham's law derives from the fact that Thomas Gresham, the 16th century King's financial adviser Thomas Gresham, advocated that 'the reason why good British money leaks to foreign countries is due to currency corruption.' This is economist Henry McLeod.

However, as the astronomer Nikolaus Copernicus had already mentioned in the 'Method of coining' in 1528, the Gresham's law was well-known as a rule of thumb before it was advocated by McLeod. It was.

Even in Japan, as a result of the Edo Shogunate, which was troubled by the decrease in the amount of gold mined, issued a bad Genroku oval , there were times when good quality Keicho oval did not appear, but this is also an example of Gresham's law. . In modern times, when gold and silver coins are not used as money, Gresham's law seems like a law of the past that does not match the times. However, according to Farnam Street, Gresham's law is still alive today.

For example, a pharmaceutical company has two sales representatives. If the bribery crackdown mechanism isn't working, salespeople who bribe doctors and sell their products will succeed, but salespeople who don't bribe will be dismissed because of poor grades. Only fraudulent salespeople will have access. According to Gresham's law, this is a 'good example in which bad money drives out good money.'

The issues with subprime loans are detailed in the following articles:

What is the cause of rapid yen appreciation and worldwide stock depreciation, and what is the 'subprime problem'? -GIGAZINE 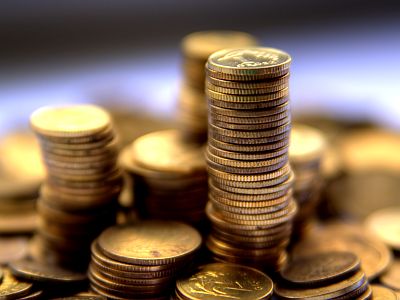 In this way, Lehman Brothers, a major US investment bank, went bankrupt and the situation developed into a global recession and economic crisis.

Farnam Street said, “Human selfish behavior, that is, if evil favors other behaviors, nature and evil will drive out good. The greatest reason why law is needed for human society. One of these is this Gresham's law. '