Is there a ghost in the fake art that Tsunekichi sells at 'Atsume Animal Forest'? 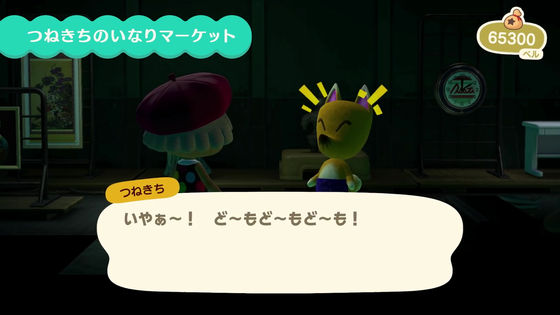 The game ' Atsume Animal Forest ' for Nintendo Switch was updated for free on April 23, 2020, and 'Rage' and 'Tsunekichi' were implemented as new visitors coming to the island. Tsunekichi is an art dealer who comes to the island by a suspicious ship and sells art items and furniture, but since the items to sell include fake things, the player asks whether the art item is genuine or fake. It is necessary to judge whether to purchase or not. Such a fake art sold by Tsunekichi 'has a ghost,' reports Games Radar +, an overseas game media.

Players are advised to purchase carefully because the fake artworks sold by Tsunekichi are very similar to the real thing. Art works sold by Tsunekichi are based on masterpieces such as Johannes Vermeer 's ' Girl with a Pearl Earring ' and Tosusai Sharaku 's ' Third Otani Oniji's Slave Edo Soldier ', so compared to the original story. If there is a difference, you can judge that it is fake.

However, on Twitter, there is a series of posts that point out that 'it seems as if a ghost dwells in a fake painting.' For example, in the case of Vermeer's 'Girl with a Pearl Earring,' the painting blinks.

Other fake things that have a meaningful key on the back of the painting ...

Is there a key on the back of this fake painting ...? #AnimalCrossing #ACNH #NintendoSwitch pic.twitter.com/meXbtKHhYI

There is also a fake with an eerie human-shaped blot that stands out behind.

My brother just sent me what appears to be a ghostly figure behind a fake picture he bought from red ???????? pic.twitter.com/nRAojfIDPI

Some of the fake art objects sold by Tsunekichi include an alien-looking clay figurine that appears when you press the A button.

Tsunekichi comes to Player's Island irregularly and sells one piece of art per day. Some of the items for sale are a mixture of genuine and fake items, and since the genuine items can be donated to the museum, many people should be eager to purchase the genuine items to complete the museum collection. However, because the fake art that seems to be a ghost is quite attractive, the GamesRadar + reporter wrote, 'I am trying hard to fill the entire island with fake art.'