Where and how are the results of the survey on the usage of the programming language 'Go' from Google being released? Todd Cressa , a Google user experience researcher, conducted a survey on the usage situation of the programming language `` Go '' designed by Google in 2009 in 2019, and published the results by comparison every survey year doing.

The distribution of the number of employees of respondent companies is as follows, with the largest number of companies having 100 to 999 employees. 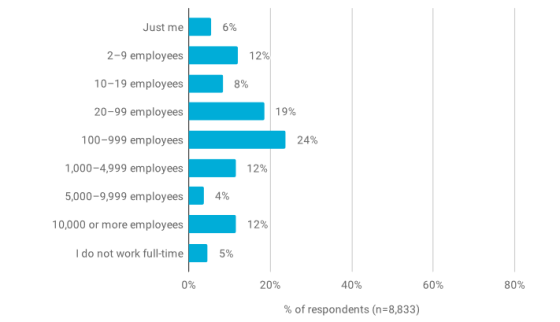 In terms of the number of years respondents have used programming languages in their work, the same number of answers was received, '3 to 5 years' and '6 to 10 years.' These demographics are similar to Stack Overflow surveys, which guarantees the validity of the findings, Cressa said. 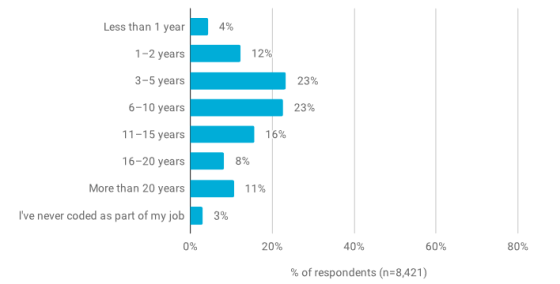 Looking at the answers to Go's usage history, the number of people who answered '2 to 4 years' is increasing, and it can be seen that Go has become a developer. 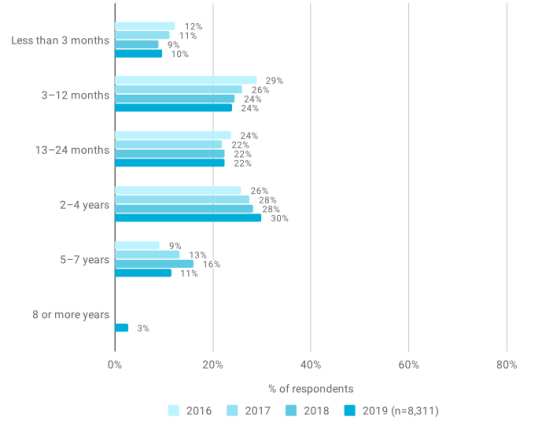 The result is that the most popular development area for Go is 'web development'. 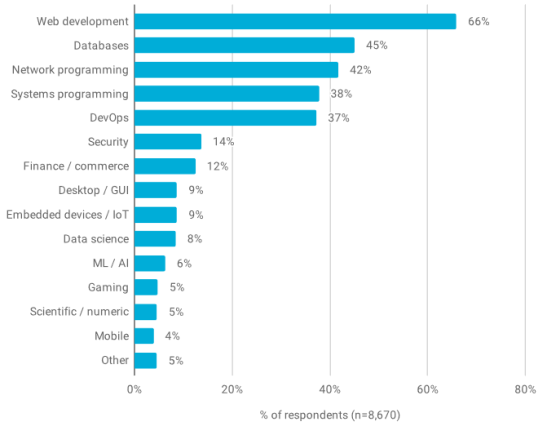 According to a survey on the industry to which respondents belong, the number of people who answered `` technology '' is the most in both 2018 and 2019, but compared to 2018, 2019 is more in the industry such as `` financial services '' and `` retail '' It shows that Go is starting to be used in a wide range of industries. 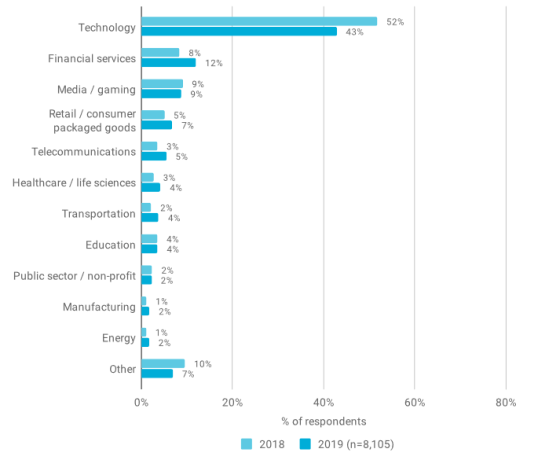 Looking at the answers to the development environment, the number of people who answered '

VS Code ' or ' GoLand ' is rapidly increasing . On the other hand, we can see that the number of people who write Go using a long-standing editor such as ' Vim ' or ' Emacs ' is decreasing year by year. 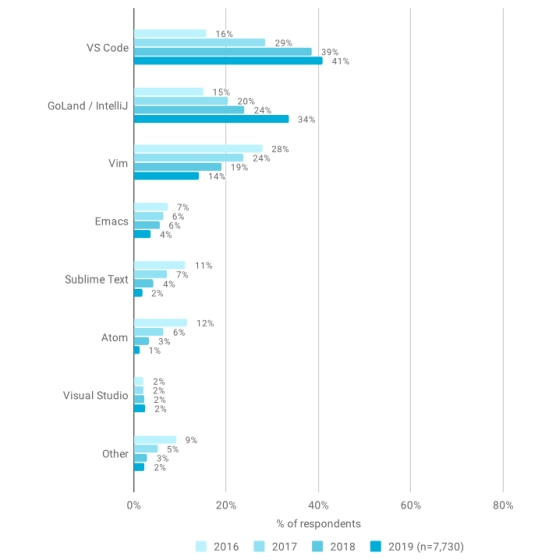 As for what they are developing with Go, most people answered

API or RPC . It seems that similar answers were obtained regardless of the size of the organization to which the respondent belongs. 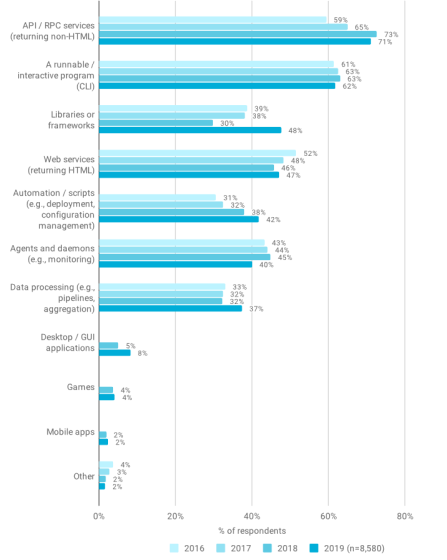 The new package manager Go Modules, released by Go in 2019, is being replaced steadily with the traditional package managers such as Dep, but Cressa commented that there is still some confusion.

The period from the release of a new version of Go to the time of applying the update to the development environment is most often 'within 5 months', and Mr. Cressa quickly provided the Go release cycle by the

SaaS provider so as not to hinder the development. It explains the need to follow.

In addition, as a reason to not use Go, there are many answers that 'I am engaged in a project using another language' 'My team or project likes another language', and in a widely used language You can see that it is a weak point that there is no. 'It's not a technical issue, but it will continue to hinder Go's popularity,' said Kuressa. 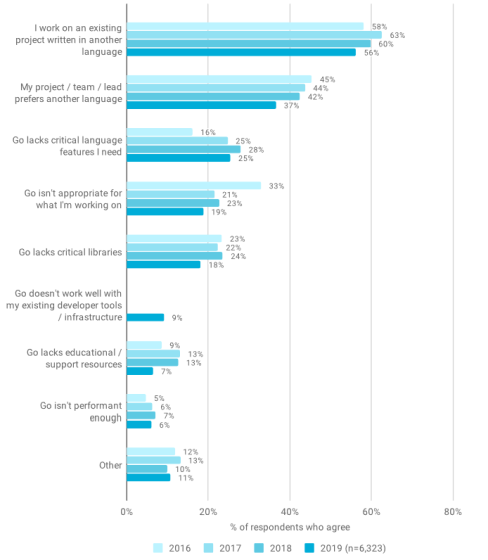 'Investigating the experience and barriers of developers will help us plan and prioritize our efforts in 2020. We would like to thank all those who have contributed to this study.' I comment.