It has been announced that Suntory's authentic green tea brand '

Iemon ', which uses carefully selected tea leaves from the well-established tea shop ' Fukujuen ' in Kyoto, which has been in business for over 200 years, will be renewed on Tuesday, April 14, 2020. Not only looks such as label design and bottle shape, but also the contents have been greatly renewed in consideration of 'freshly brewed green tea'. I compared it with the conventional Iemon to see how it really changed.

The redesigned Iemon (capacity 525 ml) plastic bottle looks like this. Below is a line with the conventional Iemon (right, capacity 600 ml). A bottle like a green bamboo is wrapped around a bottle with a turning point and a constriction, and it changes from the conventional Iemon which was designed with white goodwill, and the renewed Iemon is a yellow-green label with a product title on a yellow-green label Relatively simple design with a mark of 'tea'. The smaller label area allows you to better understand the color of the tea in the bottle. After the renewal, Iemon's plastic bottles are square pillars instead of cylinders. Therefore, even if the bottle falls down, there is no worry that it will roll somewhere. The product name is green tea. Of the raw material names displayed, 'yeast powder' was added for the first time in the renewal. According to the

official website , green tea originally changes its color to brown over time, but by using yeast powder, it succeeded in maintaining a vivid green like freshly brewed green tea It seems that When I poured it into the glass, Iemon (left) after the renewal is certainly a lighter shade than the conventional one (right), and I get the impression that it is close to green. 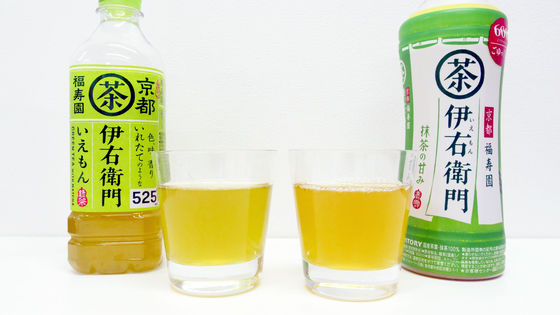 First, let's drink the traditional Iemon. Iemon, who was able to get at the time of writing the article, has 'roasted tea leaves' in winter specification, and you can feel the fragrance closer to Hojicha than green tea. Behind the bitterness and astringency peculiar to green tea, there is a firm sweetness of the tea leaves, and after drinking, the scent of green tea passes through the nose. After drinking the Iemon after the renewal, the bitterness and astringency of the green tea became slightly mild and the mouthfeel seemed mellow. Also, the impression that the scent of green tea has become more vivid. The editorial staff who tasted it commented that 'The renewal feels more refined and has a more sencha-like atmosphere than the conventional Iemon,' while another editorial staff said, 'Renewal. After that, the astringency of green tea was mild and felt thin and unsatisfactory. ' In addition, the renewed bottle has a good luck pattern on the back of the label. When I actually flipped over the label on the bottle after the renewal, there was a daruma stamp on the center of the side of the bottle. 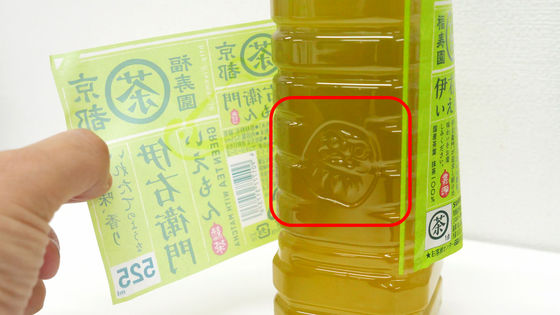