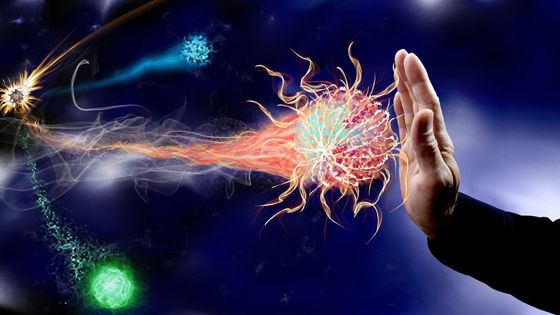 The development and testing of new coronavirus

vaccines and therapeutics is progressing at a rapid pace, but as of April 11, 2020, none has proven to be effective, and it counters the new coronavirus infection It is a situation where only human immunity can be relied upon. Therefore, the academic news site The Conversation has compiled a list of nutrients that help with immunity, which are important when infected with an infectious disease.

5 ways nutrition could help your immune system fight off the coronavirus
https://theconversation.com/5-ways-nutrition-could-help-your-immune-system-fight-off-the-coronavirus-133356

◆ 1: Vitamin A
Vitamin A is an important nutrient for maintaining the structure of skin, throat and intestinal cells, but it is also important for making antibodies that neutralize pathogens.

'If you compare the fight against infectious disease to a soccer game, vitamin A is a forward player,' said Claire Collins, professor of nutrition at the University of Newcastle in the United Kingdom.

Ingredients rich in vitamin A are fish oil, egg yolk, cheese, nuts, seeds, whole grains, tofu and beans. Also, since beta-carotene is also converted into vitamin A in the body, it is recommended to eat green and yellow vegetables such as pumpkins and carrots. 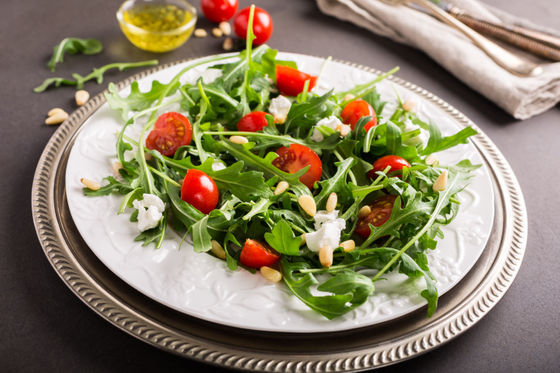 
Vitamin B has eight kinds of nutrients, but vitamins B6 , B9 (folate) and B12 are particularly important for immunity.

They are important for the production and activity of natural killer cells , one of the cells that play a central role in the human immune system. 'Nutrients such as vitamin B6 act like security guards, fighting off those trying to break into a soccer game,' Collins explained.

Ingredients rich in vitamins B6, B9 (folate) and B12 are as follows.

Collins says the role of vitamin C and vitamin E in protecting the human body from oxidative stress is, 'If we dare to compare it, would a cleaner be responsible for the maintenance of a soccer field?' Vitamin D is also synthesized in the sun, but it is relatively abundant in eggs and fish, as well as milk that is enriched with vitamin D. According to Collins, sunbathing outdoors for a few minutes is effective, but supplementation may be effective in some cases.

A total of more than 10,000 people have been cross-sectional analysis of the study of 25 became a participant research but, that 'effective in respiratory infections supplements of acute vitamin D' has been confirmed.

◆ 5 ： Iron, zinc, selenium
In addition to vitamins, minerals such as iron , zinc and selenium also play an important role in immune function.

According to a study published in 2018, iron has the effect of repelling pathogens with free radicals that destroy cell walls. It is also used to regulate the enzymatic reactions needed by immune cells to recognize pathogens. In addition, zinc protects skin and mucous membranes, and selenium plays a role in protecting the human body from oxidative stress due to its antioxidant effect.

Foods rich in iron, zinc and selenium are as follows.

・ Iron: meat and fish such as chicken. In the case of vegetarians, it can be ingested even with breakfast cereals etc. singing beans, whole grains, iron-rich
・ Zinc: Seafood such as oysters, meat such as chicken, beans, nuts
・ Selenium: Nuts, especially Brazil nuts , meats, cereals, mushrooms

◆ A diet high in salt reduces immunity
It is well known that taking too much salt can lead to high blood pressure and stroke, but it has also been shown to adversely affect immunity.

To investigate the relationship between salinity and immune function, a group of researchers such as Professor Christian Kurts, an immunologist at the University of Rhine-Friedrich-Wilhelm Bonn , said that salt concentration in mice infected with a pathogen called Listeria monocytogenes that inhabits a lot of rotten food etc. Conducted an experiment of feeding high. As a result, the function and number of neutrophils, a type of white blood cell, decreased, and the number of spleen and liver bacteria in mice increased 100- to 1000-fold.

In addition, in an additional experiment of adding E. coli to the blood of a subject who had 6 g of salt equivalent to two fast foods every day for one week, it was observed that the function of neutrophils was inhibited like mice. it was done. 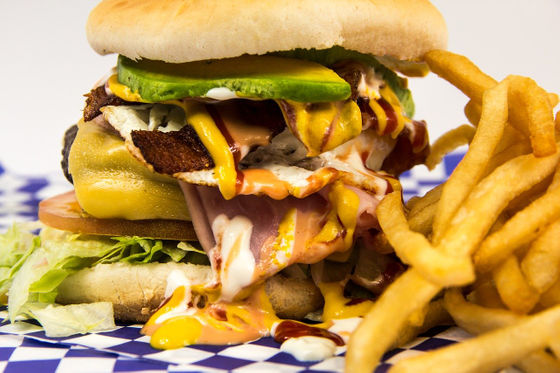 Although the mechanism by which salt lowers immune function is not exactly known, analysis of blood samples from subjects who have taken excessive amounts of salt has shown that glucocorticoid , a hormone that acts to suppress immune function, has been found. The research group says that this is the cause, as it was found to be large.

'These findings, for the first time, have shown that overdose of salt significantly reduces critical functions of the immune system,' commented Kurts.