Why 'epidemiology' is important for infection control? 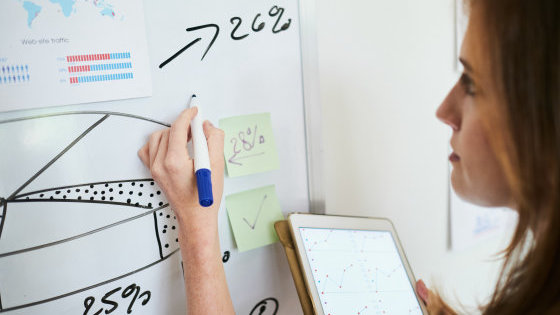 Various scientific researches are being conducted in the fight against the new coronavirus (SARS-CoV-2), one of which is epidemiological research. Science journalist

Tim Childers explains what epidemiology is all about and why it is important for fighting infectious diseases.

What is epidemiology? | Live Science
https://www.livescience.com/epidemiology.html

Epidemiology is called 'Epidemiology' in English, and is a combination of the Greek word 'epi' (topping / falling) and 'demos' (people). Means learning. Hippocrates , an ancient Greek physician, is called the “epidemiologist” and in the 4th and 5th centuries BC when many treatments were based on superstition, a rational belief that health problems were due to the environment. The we. Hippocrates proposed surgery, diet, herbal remedies, and even coined the words used today by epidemiologists, such as endemic and infectious diseases.

Epidemiologists are considered physicians for the 'population,' while clinicians face the individual's health. Clinicians diagnose patients and treat them based on scientific knowledge and experience, while epidemiologists face the `` health of the collective community '' and sometimes `` the people of the world, '' Try to understand the effects. Epidemiologists also guess how people are exposed to the disease and how it spreads. Epidemiologists use models of statistics, mathematics and biology, use scientific knowledge to plan public health policies and decide whether to solve health problems. 'In many ways, epidemiology is a tool. With it, we can see how illness is spread among people, what determines the morbidity rate, and how effective it is. 'What we basically do is understand the causes of the disease, where it can be prevented, and test ways to prevent it,' said the Pittsburgh School of Public Health. Mr. Lewis Kuller is

says . Epidemiologists are of course involved in infectious diseases and pandemics, but we also investigate other non-infectious diseases, such as the prevalence of lung cancer from smoking and the murder rate in the community. 'In the past, it was thought that clinicians would solve a problem if they found a pathogen that would make people sick, but nowadays, finding a pathogen is not enough. Epidemiology is an integrated method. Need to understand the 'host-environment interaction' that can cause disease.Advanced research design and analytical techniques will enable epidemiologists to work with both human and pathogen hosts 'Said Rebecca Prevots, an epidemiologist at the National Institute of Allergy and Infectious Diseases in the United States.

Following the outbreak of the new coronavirus infection, Neil Ferguson, an epidemiologist at Imperial College London, and his colleagues have studied a mathematical model of the potential effects of various interventions and not. Was announced in March 2020. 'According to the latest projections, a political strategy to cut deaths by half and cut the peak of medical demand by half has alleviated the impact of infectious diseases by about two-thirds, but not enough to prevent pressure on health systems. No, 'Ferguson says . Ferguson believes that interventions, such as implementing social distance expansion strategies on a larger scale, are needed to prevent the transmission of the virus from causing many deaths.