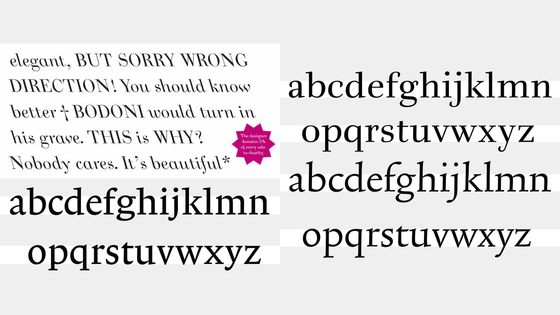 Most exclusive fonts and in the world

typeface (the typeface), Martin Silver Tanto's graphic designers have together. It seems that the most expensive thing costs 4440.99 euros (about 520,000 yen). Lexicon is a typeface with 24 fonts from

The Enschedé Font Foundry . The price is very high at 3592 euros, but this price is based on the purchase of a typeface containing 24 fonts. If you purchase the included fonts individually, the price per font is 281 euros (about 33,000 yen).

Trinite, like Lexicon, is a font made by The Enschedé Font Foundry. This is also a set of 29 fonts, and if you purchase the font alone, it costs 281 euros like Lexicon.

Ruse, like Trinite and Lexicon, is a font made by The Enschedé Font Foundry, and contains 22 fonts. If you purchase the included fonts individually, the price will be 562 euros (about 66,000 yen), twice as much as the fonts included in Lexicon and Trinite.

Silverthant cites three factors: 'exclusivity', 'quality control', and 'publisher' as the reasons why the three fonts from The Enschedé Font Foundry are so expensive. First, as 'exclusivity,' Silvertant states that 'higher prices allow typefaces and typemakers to maintain their exclusivity. These fonts are rarely found in print, Gives you a special feeling. ' In addition, setting the font price high creates a situation where not all designers can easily use fonts, and only high-quality designers who can pay high prices can use fonts. Silver Tanto is doing 'quality control'. In addition, Silver Entant explains that The Enschedé Font Foundry sells fonts and typefaces to publishers rather than individual designers, so 'font prices are set higher.'

'It's also possible that you're intentionally setting high prices for promotions,' Silvertant pointed out. Lexicon and Trinite have long been known as 'the most expensive typefaces', and these types of styles also seem to have a high reputation, but this is described as 'the positive effect of setting a high price'.

As an example of using Lexicon, books such as the Dutch dictionary Van Dale are mentioned. However, Silverthant said, 'I have never actually seen it with my own eyes.'

'I met at a shopping center in Rotterdam,' says Silvertant, an example of using Trinite. It seems that Trinite was printed on the window glass of the bookstore, says Silver Tant, 'I loved seeing this typeface. It is a very unique typeface.'

The following is a photograph of Trinite found by the bookstore window by Silver Tanto. Besides, Mr. Silver Tanto is Trinite and design company that has worked in the past Frutiger seems to have been used in combination with a typeface that. However, Silvertant says, 'I do not know in which project these fonts were used.'

Ruse is used in Gerrit Noordzij's book, The stroke , and Silvertant says, `` A lot of people hate Ruse, but I found it fun to read books printed in Ruse. '.