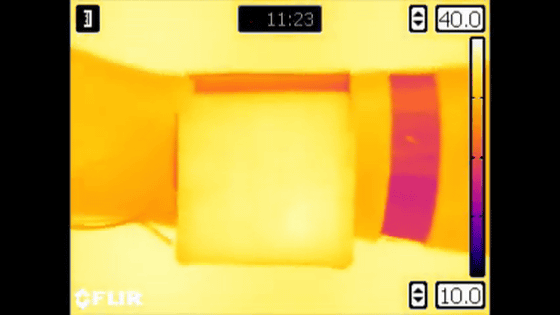 A research team at the University of California, San Diego has developed a wearable device that has the function of 'automatically changing the temperature according to the ambient temperature.' The research team says that if this function is used, it will not be detected by thermography used for night vision equipment etc.

This Wearable Device Camouflages Its Wearer No Matter the Weather
https://ucsdnews.ucsd.edu/pressrelease/wearableheatcamouflage

The research team also released a movie that clearly shows that this device changes the temperature in response to the ambient temperature immediately. The movie below shows the FLIR, which can measure temperature from a long distance with infrared thermography, and shoots the arm wearing this device.

This wearable device camouflages its wearer no matter the weather-YouTube


The red frame in the image below is the device in question. The FLIR video, which can represent temperature with color, shows that the device is at the same temperature as the surrounding space because the color matches the space outside the arm. 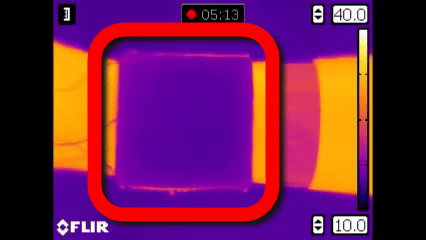 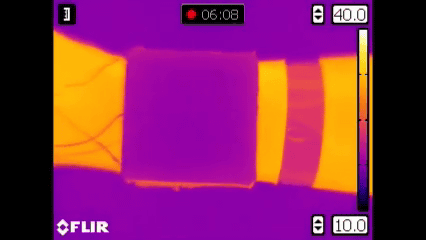 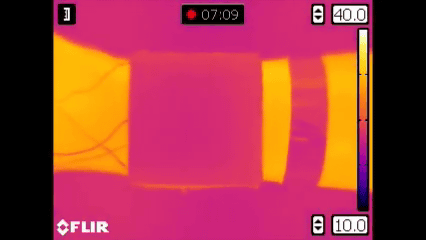 This material can handle temperatures from 10 ° C to 38 ° C in less than one minute. The part in contact with the skin responds to the temperature of the skin, so it feels comfortable to wear. 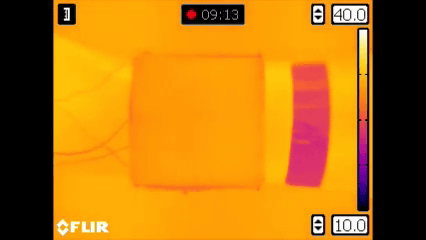 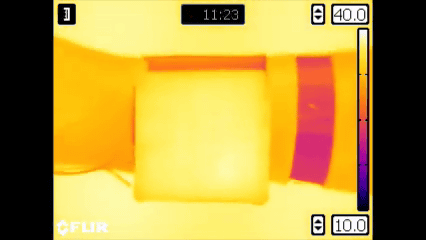 This device combines a special material with a melting point of 30 ° C with a “compact and easy-to-control temperature cooling device” announced by the research team in May 2019. 'Cooling device with compact and easy temperature adjustment' is a device that can easily adjust temperature by embedding multiple semiconductor materials between stretchable polymer sheets, you can understand the whole by reading the following .

A patch type air conditioner to stick on the skin has appeared, and the skin temperature can be cooled by 10 degrees or more-gigazine 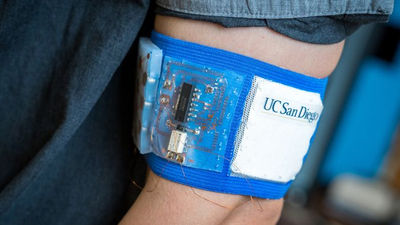 The special material melts and liquefies when it reaches 30 ° C, and has the ability to function as a heat insulating material. However, below 30 ° C, it gradually solidifies to become an insulating layer. This time, it is an attempt to change the set temperature of the 'cooling device' with this special material.

According to the research team, the device developed this time is still in the proof of concept stage . The research team seems to aim at creating a jacket incorporating this function at this stage, but the weight of the experimentally created jacket is 2 kg, the thickness is 5 mm, the continuous driving time is He only has one hour. The research team states that 'we are working to reduce the weight by half to one third.'

The University of California, San Diego, who published the study, said, `` (At the time of writing) state-of-the-art thermal camouflage technology only works at pre-set temperatures and works when the ambient temperature goes above or below the set temperature. 'It will be gone,' he emphasizes how innovative the 'device that changes the temperature according to the surroundings' invented by the research team.