Have been made in the past multiple of research by, the hippocampus function of has been shown to be very sensitive to junk food. A 2017 study of `` young healthy subjects '' showed that a high-fat, high-sugar western-style breakfast of toasted sandwiches and milkshakes lasted for a week, leading to learning and memory tests. Performance was shown to decrease.

Following these studies, a research paper examining the effects of a high-fat, high-sugar diet on humans was published at the Royal Society, the oldest surviving scientific society. According to the paper, high-fat, high-carbohydrate diets such as junk food may reduce appetite control in the brain. The Australian research team, who published the research paper, recruited subjects to have them eat a high-fat, high-sugar diet such as waffles and milkshakes for a week, and then conducted a memory test of the subjects. The survey randomly asked more than 100 young and lean healthy subjects to continue their normal diet or to eat a high-fat, high-sugar diet. All subjects had toasted sandwiches and milkshakes on the first and last days of the study period, and during the rest of the period, the `` group with normal diet '' at least twice a week, He said that the group that eats high-sugar foods ate junk food (two Belgian waffles) at least four times a week.

In addition, subjects are also tested for their appetite before and after breakfast each morning. The test involves presenting six foods and subjectively evaluating each food as 'how much did you want to eat?' In addition, after the test, they were asked to eat the food actually presented, and evaluated how much they liked it and how much they could eat.

Studies have shown that those who continue to eat a high-fat, high-sugar diet perform significantly worse on memory testing. This is consistent with previous findings. According to an appetite survey conducted before and after breakfast, 'a group of subjects who continued to eat a high-fat, high-sugar diet remembered a strong desire to eat more junk food even if they were full.' It turned out.

The hippocampus of the brain is thought to reduce appetite by calming food memories when it becomes full. However, the researchers point out that continuing to eat a high-fat, high-sugar diet could significantly impair the hippocampus' ability to suppress this appetite. 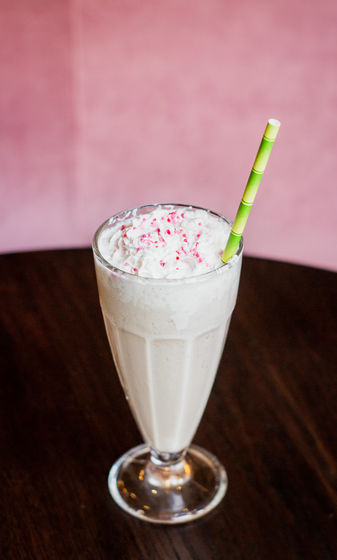 `` Our conclusions are, of course, tentative, because the research team is looking at emerging areas and we still need to learn a lot about how these processes interact. ' I said.

Regarding the effects of a high-fat, high-carbohydrate diet, the research team, while prescribing a limited sample size, said that 'reducing human memory' and 'reducing the hippocampal appetite control function'. Says there is a strong correlation. The researchers also said, `` This experiment, similar to previous experiments, suggests that a Western (high lipid, high sugar) diet causes neurocognitive impairment after short-term exposure. '' You.