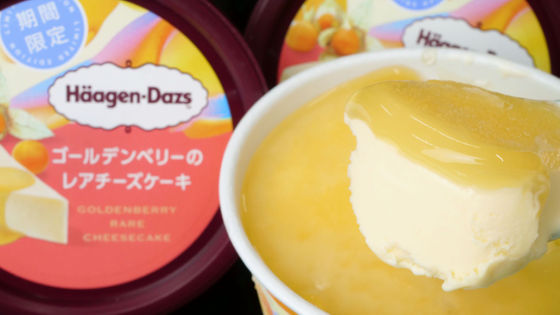 Golden berry , an orange ripe edible hozuki fruit, has recently attracted attention as a vitamin-rich superfood that is perfect for maintaining beauty and health. The `` Goldenberry Rare Cheesecake ' ', which combines such a sauce full of golden berries with rare cheese ice cream with a rich flavor of Hokkaido cream cheese, is a Haagen-Daz mini cup series from Tuesday, February 18, 2020 , So I actually ate it.

One person will receive a set of 100 mini cups including new products by lottery ????

This is 'golden berry rare cheesecake' (295 yen without tax). 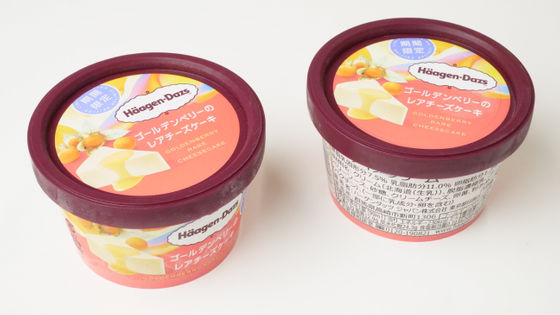 When comparing the size of the Haagen-Dazs mini cup with a transportation IC card, it looks like this. 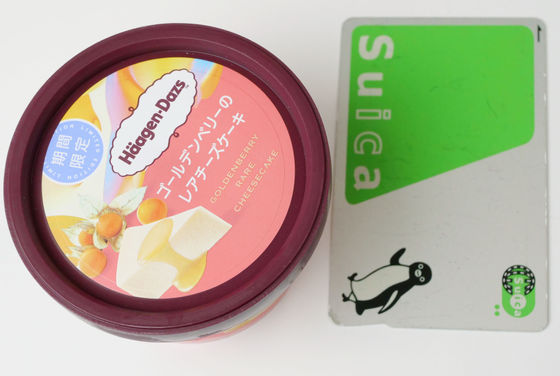 Looking at the raw materials column, 'Cream' and 'Skim skimmed milk' were followed by 'Goldenberry sauce'. The calorie is 230kcal per 99ml cup. 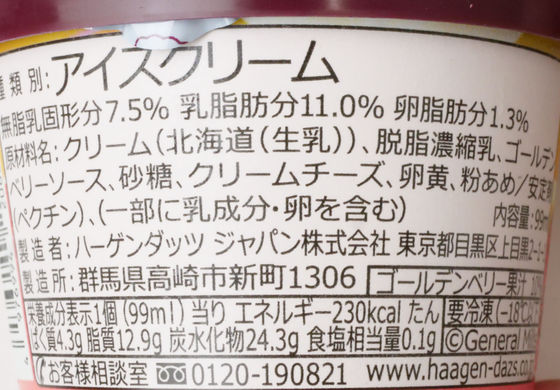 When I removed the lid and turned the film, I saw a golden golden berry sauce. 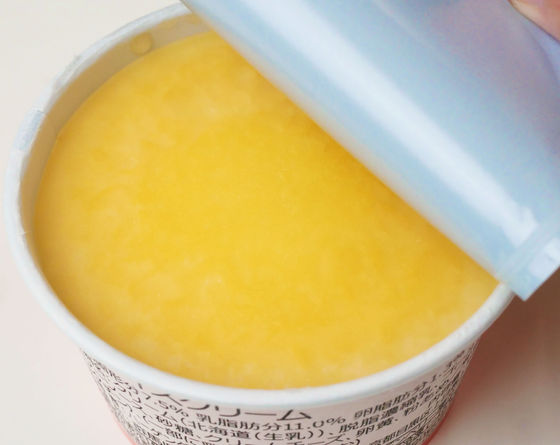 First, I scooped out the sauce a little and found that it had a slight refreshing acidity in the aroma and refined sweetness of apricot sauce using apricot. 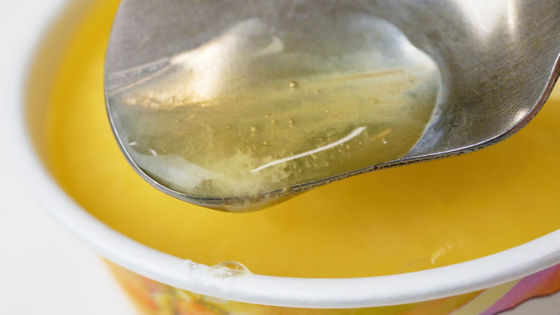 Ice has a rich and creamy taste like rare cheese, but it doesn't have the impression that it's smooth because it melts like an ice cream. The sweet and sour taste of the golden berry sauce complements the richness of the cheese while adding a refreshing aftertaste, so the balance between the rich body and the refreshing acidity was finished in an exquisite ice cream. 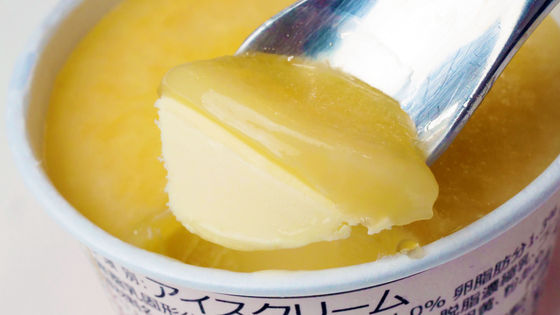 'Haagen-Dazs Mini Cup Golden Berry Rare Cheesecake' can be purchased at convenience stores and supermarkets nationwide for a limited time from February 18, 2020 (Tuesday).