What is the Cutieroid project that develops life-size 'moving figures'? 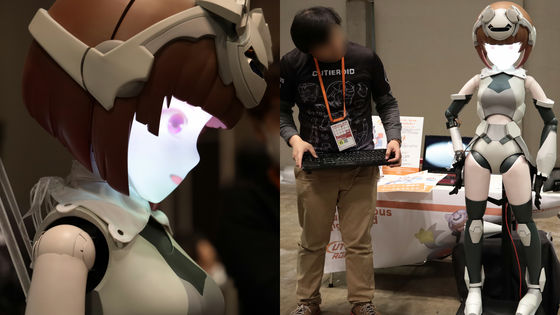 The ' Cutieroid Project ' from Waseda University aims to develop an Autonomous Humanoid Figure (AHF) by integrating artificial intelligence (AI) x robotics technology x animation culture. I went to see the first demonstration exhibition of the project at the

If you look at the following movie, you can understand what a life-size 'moving figure' is being developed by the Cutieroid project in one shot.


There was an area where people were surrounded by a life-sized figure, so when I looked at what was there, the first part of the `` Cutieroid project '' with the face part as a display `` Hatsuki (AHF-HATSUKI Mk.I) 'was exhibited. The exhibition area is 6-02-02. The face is a display, so the expression is very rich. So far in Wonder Festival

a number of life-size figures of 've seen , but since the facial expression changes from moment to moment, I feel like there is a charm than any of them. 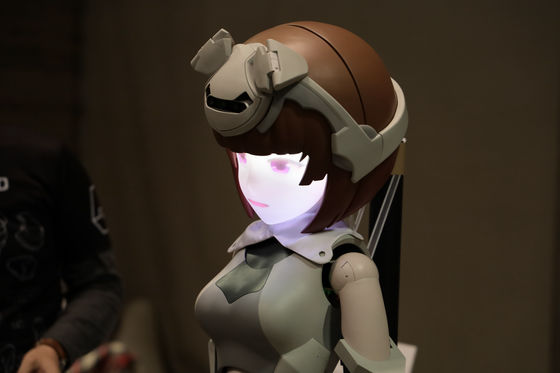 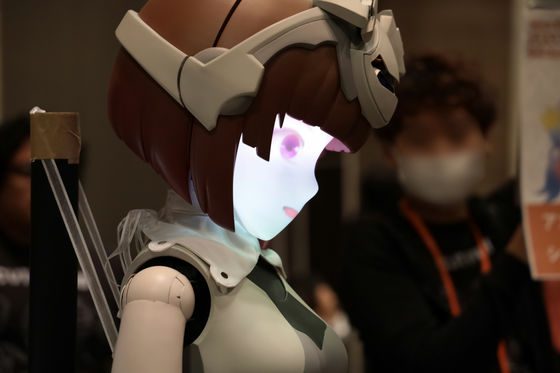 Koma Yang (Pin-Chu Yang), who is the representative of the project, why the display was adopted for the face part, and taught that `` it is very different from a real humanoid that it can get an anime-like facial expression '' Thank you. 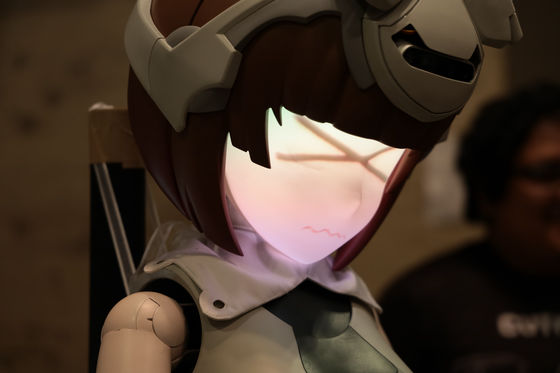 He also said that adopting an anime-like face would work effectively for 'avoiding the eerie valley phenomenon .' However, he added that it is not yet in the demonstration stage. 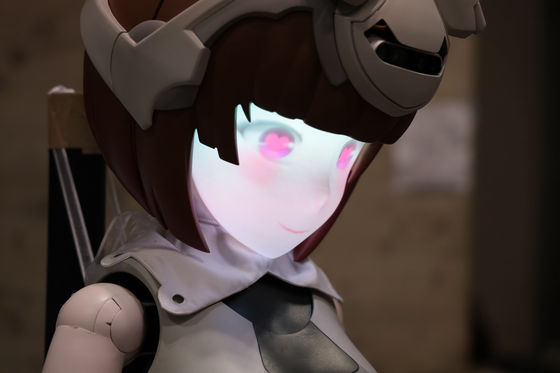 In addition, since Hatsuki has AI installed, it will move its arms and bend its neck. The behavior of Hatsuki was set to be modest because it was the first exhibition, but in fact it was said that even larger actions could be taken. 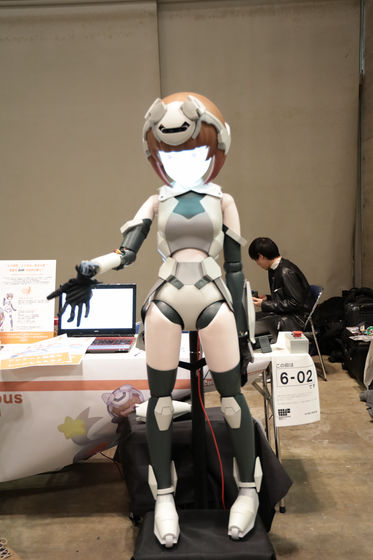 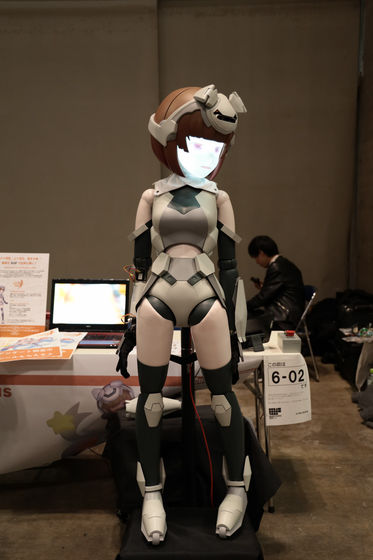 Actuators on the joints of the arms. 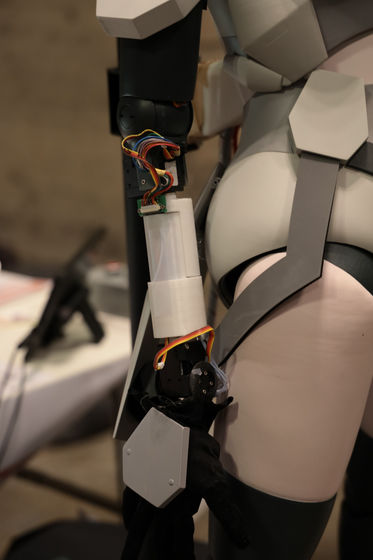 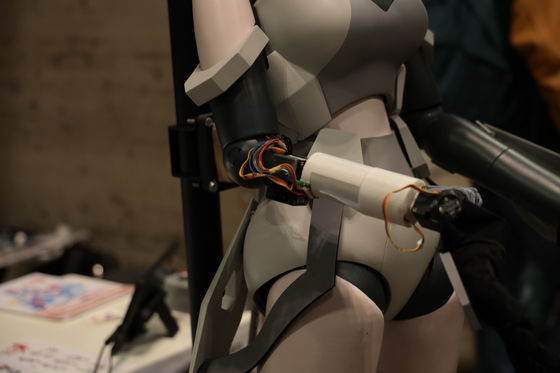 A depth (depth) camera is mounted on the head decoration to detect the distance to the object in front of you. 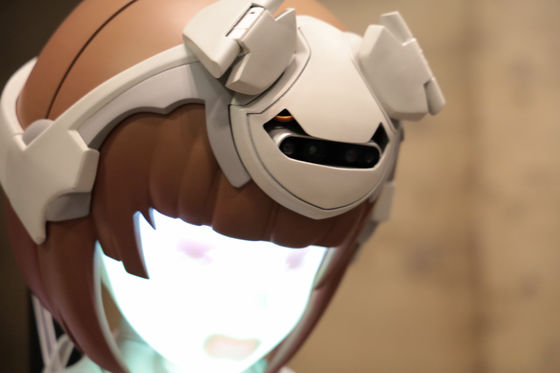 A motor is also mounted on the decorative parts of the head, and you can move it like an ear to express emotions. However, at the time of the demonstration, I could not flutter due to a malfunction. 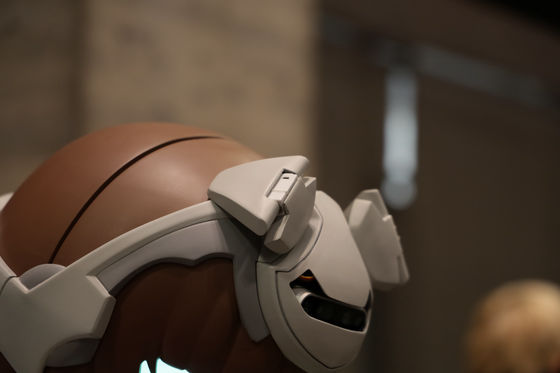 Since the Cutieroid project is in the stage of academic research, a questionnaire survey was conducted at the venue for visitors who actually saw Hatsuki. Since there was a field to enter the visual evaluation, it is quite possible that the visual change may occur in the future according to the questionnaire results. 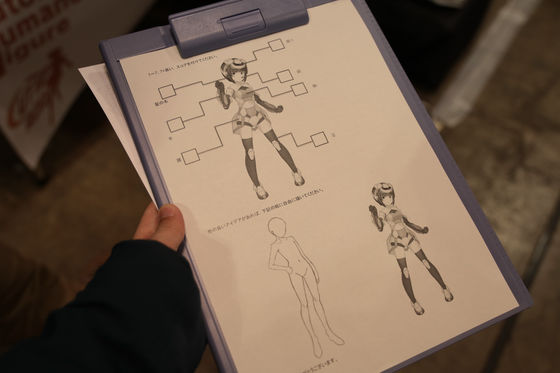 When I answered the questionnaire, I got an original sticker. 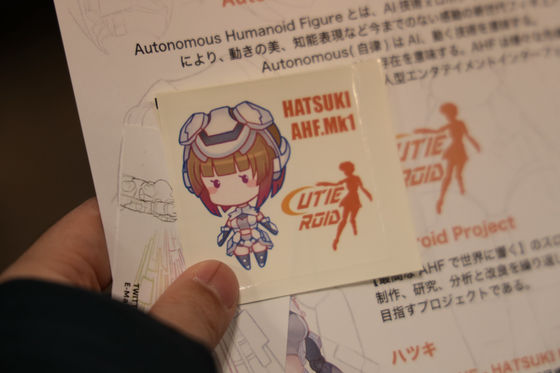 As for the impression that I actually saw Hatsuki, since the face part is the display, the richness of expression utilizing the animation character design is firmly expressed, which is not found in other life-sized figures and humanoids. I felt the strength of it. It is clear that there is a need to make further improvements because it is the 'first machine' in the project, but it seems that the number of figures that move the whole body and can expressively communicate like Hatsuki will increase in the future. The compatibility between AI, robotics technology, and anime culture was so good that it was clear from the reaction of the visitors around the booth.