Succeeded in germinating seeds of ancient plants 2000 years ago 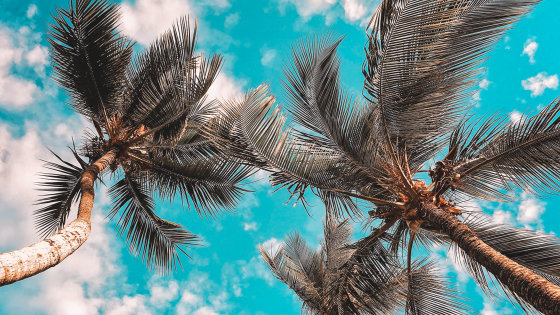 Researchers succeeded in growing date palms by germinating seeds from about 2000 years ago. The seeds were collected from ancient Middle Eastern ruins and caves, and the success of this growth pointed out that `` the fact that people do not understand the long-term viability of seeds has been revealed '' I am.

Origins and insights into the historic Judean date palm based on genetic analysis of germinated ancient seeds and morphometric studies | Science Advances
https://advances.sciencemag.org/content/6/6/eaax0384

A Long-Lost Legendary Roman Fruit Tree Has Been Grown From 2,000-Year-Old Seeds
https://www.sciencealert.com/scientists-have-grown-date-palms-from-2-000-year-old-seeds

The research was presented by a research team by Sarah Sallon, an ethnobotologist at Hadassah Medical Center. Researchers have classified most hundreds of species from the world heritage Masada , near the west coast of the Dead Sea in eastern Israel, and hundreds of species from caves used as storage and habitat near the Dead Sea, and are most likely to germinate After soaking 34 seeds in hot water and liquid fertilizer, they were planted in sterile potting soil. Then, six seeds out of the 34 seeds germinated and eventually grew as a date palm. Are the excavated seeds really 2000 years ago? This is worrisome, but researchers are performing radiocarbon dating on seed shell fragments after seeds have germinated. Researchers have shown that the results indicate that the seeds are from 2200 to 1800 years ago.

According to biologist Frédérique Aberlenc, co-author of the paper, the research team is looking into pollination using date palms that have grown successfully this time. This seems to be an attempt to improve modern species by taking advantage of their original rather than reviving the ancient dates themselves.

The study is also expected to be a key to solving the mystery of how seeds can store DNA for centuries. Normally, DNA and RNA fragment over time.``Suds need to be intact for seeds to germinate, and the results of this study are based on our knowledge of DNA preservation. It is contrary. ' This suggests that biological systems that researchers do not know yet exist.

Sallon, who conducted the study, believes that seed preservation may have affected seed longevity, such as altitude, temperature, and humidity at the location where it was found. It also suggests that the seeds were larger than modern ones, which meant that there was more genetic material and that more genetic material remained overall.