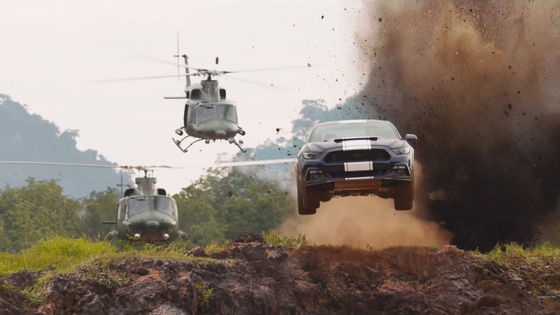 The trailer of the latest work ' Wild Speed / Jet Break (original title: Fast & Furious 9)' of the movie ' Wild Speed ' , which sells intense car actions, has been released. The release date in Japan has also been determined.


Dominique Toretto (Dom / actor: Vin Diesel) looks back on the past saying, 'I have lived loving speed.'

He seems to have become a tractor and a good father five years after fighting in the previous work 'Wild Speed ICE BREAK'.

However, 'I can't escape from the past,' said Dom's shadow.

What appeared before Dom ...

In order to protect the important family, Dom will fight against the 'real family'.

Like 'Wild Speed', there are a variety of car actions that are still flying.

Pierce calls for help in the intense acceleration of a rocket-mounted car (act: Tyrese Gibson)

Armored trailers are blocked in the car chase in the city and go upright on the road.

Drive through the falling suspension bridge by car.

If you are chased by a helicopter, jumping off a cliff is a natural sight.

A stealth fighter coming from behind ...

Catch a car and join in the air.

This work, in which Dom's family 'regroups' in an intense battle, will be released in Japan on Friday, May 29, 2020.