A new kind of aurora `` Dune '' woven by gravitational waves is discovered by enthusiasts, a movie is also released 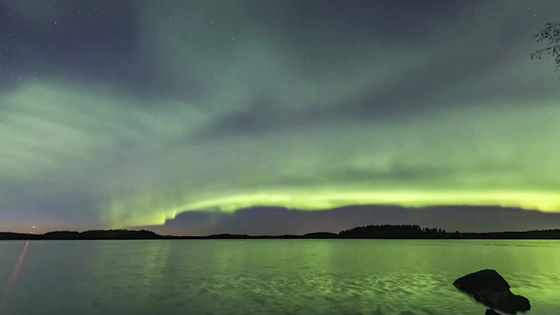 In the past, a new kind of luminous phenomenon, '

Steve ', like the northern lights, was discovered by Amashua astronomers, but it was reported that a new kind of aurora, dunes , was discovered by aurora enthusiasts. It is speculated that the art of light illuminating the Nordic night sky was drawn by invisible gravitational waves and atmospheric oxygen.

Glowing green 'dunes' in the sky mesmerized skygazers. They turned out to be a new kind of aurora. | Live Science
https://www.livescience.com/citizen-scientists-discover-new-dunes-aurora.html

If you play the following movie for about 20 seconds, you can see the new kind of aurora discovered this time.

A new type of aurora named 'the dunes'-YouTube


This movie was shot on October 7, 2018. I photographed a group of Aurora lovers in Finland. 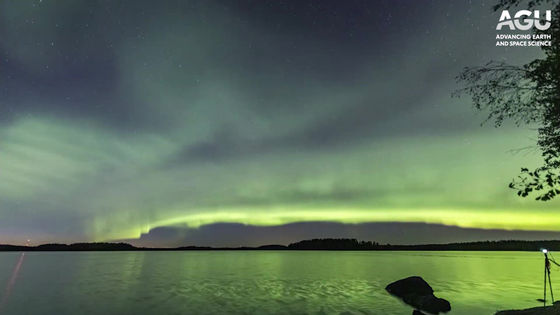 The part of the aurora that looks like a curtain from the center to the right is a phenomenon called 'auroral arc' in which the aurora becomes arched. 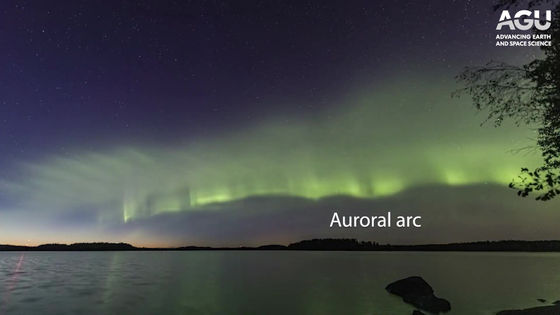 And the striped part on the left is 'Dune' discovered this time. 'Dunes' is a word that means 'dune.' 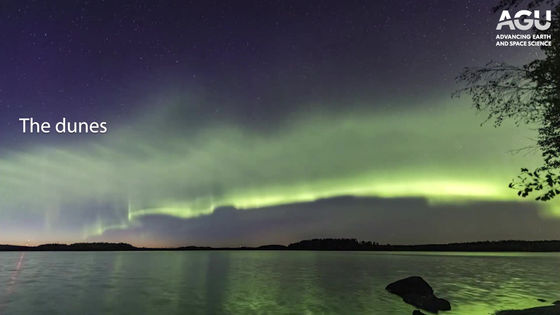 The following two images show the aurora that occurred on the same day from two different points. You can see that there are six stripes in both. This stripe pattern is thought to be due to the phenomenon of Gravity waves generated in the atmosphere, but usually go in the vertical direction, rarely middle tropopause the inversion layer is caught between, you may proceed in the horizontal direction. Due to the horizontal wave of gravity waves, oxygen-rich and thin areas are generated, and electrons emitted from the sun collide there, resulting in an aurora that emits wavy light. It is the principle of generation. 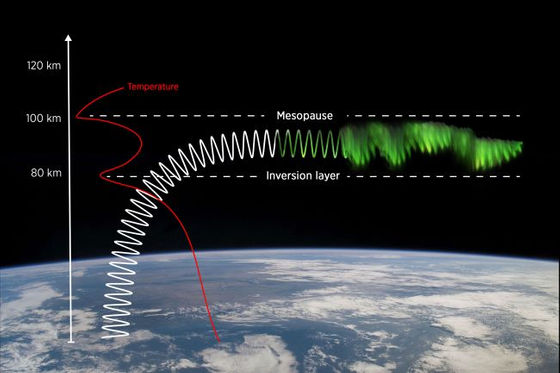 'This is the first time atmospheric waves have been observed through the Aurora. The area where the dunes occur is too high to be observed from the ground,' said Minna Palmulos, space physicist at the University of Helsinki. , Because it is too low for observations from satellites, etc., it is an area with many mysteries. '