What are the 'negative aspects' that are often overlooked with the spread of vegetarian food and plant meat? Veganism and vegetarianism have emerged in recent years, and artificial meats made from plant ingredients are now as good as real meats. Meanwhile, academic media The Conversation points out that 'the rise of vegetarianism and plant meat has 'negative aspects' that are hard to notice.'

The dark side of plant-based food – it's more about money than you may think
https://theconversation.com/the-dark-side-of-plant-based-food-its-more-about-money-than-you-may-think-127272

There are various cases of vegetarianism, such as practicing vegetarianism based on the doctrine of religion, and rejecting foods derived from animals from the viewpoint of animal welfare. In addition, there is an increasing number of people who say that livestock industry should be abandoned to solve environmental problems. Meanwhile, experts Martin Cohen and Frédéric Leroy pointed out, 'People's food trends have been governed by political and economic motives.' Since the ancient Roman era, the nation's emphasis on providing food to its people to stabilize its reign has been turning to food and agricultural policies as a way of shaping society. For example, in the United Kingdom, the Grain Law was enforced between 1815 and 1846 to maintain grain prices and protect the interests of landlords.

Potato plague was widespread throughout Europe between 1845 and 1849, causing catastrophic damage in Ireland, where many people were eating 'potatoes and a little milk.' However, the aristocrats who were the lords of Ireland were mostly English and Scottish people who lived on Great Britain , and despite the death of starvation, they advanced food exports, causing a serious potato famine It has been done. Cohen and colleagues point out that this episode is an example of how food policy was a battle between the rich and the poor. The recent rise in vegetarianism in developed countries can be re-interpreted in an economic context, as in past cases. As vegetarianism evolves, for example, farmers are required to distribute vegetables, fruits and cereals at a lower cost than ever before. As a result, `` small and medium-sized farmers with small-scale agriculture are in trouble, and large-scale farmers who can produce large amounts of food at low cost by doing industrial agriculture are more and more winning in the market. '' Has been pointed out .

In recent years, artificial and vegetable meats made from plant-based ingredients have been praised, and some food production bases have shifted from farms to factories. The vegan food industry, such as artificial meat and artificial dairy products, is growing at a rate of 10% every year, and it seems that there are predictions that the market size will reach $ 24.3 billion (about 2.65 trillion yen) by 2026 The agricultural industry is shaking greatly.

This move will not only eliminate small and medium-sized farmers, but will also bring about a political shift: 'The political power of local farmers will shift to multinational companies and the biotechnology industry.' Researchers at RethinkX , an American think tank, say , `` We are at the forefront of serious and most important disruptions in agricultural history, '' and the danger of the U.S. livestock industry collapsing by 2030 Pointed out. 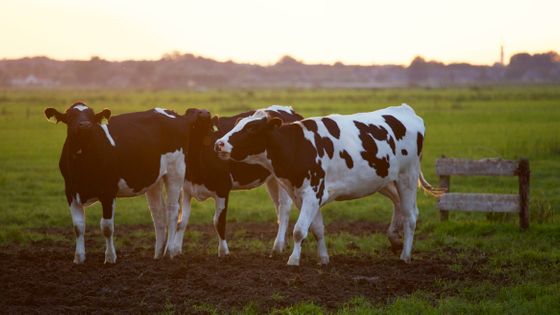 Despite much confusion, those who are promoting vegetarianism may think that `` cutting off food of animal origin is in the best interests of the planet and humans in the big picture '' . But in many parts of the world, such as India and Africa, which have large populations and suffer from poverty, the promotion of vegetarianism can be a huge disaster. For hundreds of millions of poor people living on starch-based foods, animal-derived foods contain nutrients that are essential for maintaining health and connecting life. 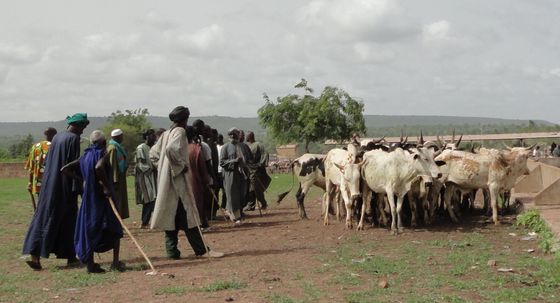 On the other hand, Cohen and colleagues argue that Westerners advocating vegetarianism are almost unaware of this problem. But also it exists activists cited India as 'a great example that many people have practiced a vegetarian' is in, India's 2019 Global Hunger Index in 102 hotels in 117 countries in is located Only 10% of infants between the ages of 6 months and 23 months can get recommended nutrients.

In addition, India is said to have 40% vegetarianism, but in fact there are many religious people who eat meat. On the other hand, in recent years Hindu supremacy has been increasing , and the leadership in vegetarianism has strong political implications .

In Africa, multinational corporations are beginning to spread industrial agriculture, which has deprived people of traditional family farming of fertile land, leading to social inequality and deteriorating food conditions. Seems to be progressing.

Cohen and Leroy point out that terms such as 'ethical diet' and 'earth sustainability' tend to mask poor people's undernourishment, food sovereignty issues, or political prejudice. They called for people to remember that the food they consume is closely linked to industry and politics.