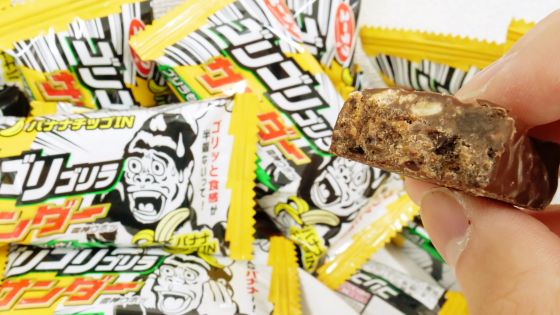 “ Black Thunder Gorigo Gorilla Thunder ”, which adds a banana flavor to a solid texture, has appeared in Yuraku Confectionery “ Black Thunder ” series since Monday, December 9, 2019. I was wondering what the difference in texture compared to the normal black thunder, so I tried to eat it.

Gorilla is drawn on the package of 'Black Thunder Gorigo Gorilla Thunder', and three kinds of lines are prepared. The phrase 'Gorilla is also delicious!' 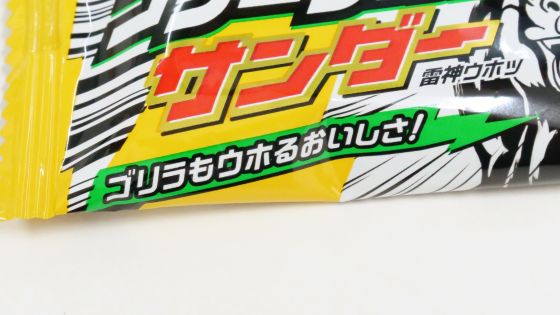 The raw material looks like this. In addition to the ingredients that are familiar to ordinary black sanders such as chocolate, semi-chocolate and cocoa cookies, banana chips are also included. As soon as I opened it, there was a stick of chocolate. 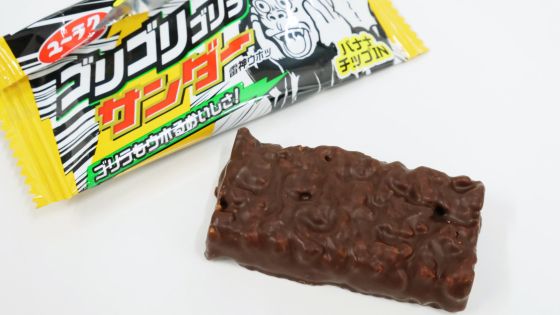 Compare it with a normal black thunder. The “Gorigo Gorilla Thunder” on the left side appears to be filled with chocolate with no holes compared to the regular version. The color of chocolate is too dark. Finally, the essential texture is compared. After eating a normal black thunder and eating the “Gorigo Gorilla Thunder” taste, the chocolate texture was certainly hard and literally “Gorri”. The slight sweetness of banana chips is a good accent, so you can eat without getting tired. It was finished in a black thunder that would make you want to eat boldly. 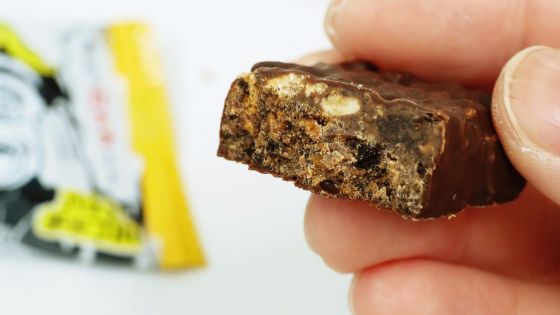