If you want to check the movie that has gained popularity with a video, you can check it from the following about 6-minute movie.


So, the popularity rankings announced by YouTube are as follows. In addition, information such as the number of likes is as of the time of article creation.

◆ The video of the most liked creator
・ 10th place: Conspiracy Theories with Shane Dawson (1.97 million likes)
The first documentary series in which Shane Dawson, a writer and comedian, investigates conspiracy theory. We are approaching the real causes of wildfires in California, the danger of deep fake, and the theory of freezing and preserving Walt Disney.


・ 8th place: No More Lies (2.41 million likes)
Beauty YouTuber James Charles, who gained popularity with avant-garde makeup videos, was inflamed by remarks from events and accusations from other beauticians. Charles's rebuttal movie about it was played about 48 million times, collecting over 2.4 million likes.


・ 7th place: My BIGGEST Flipbook EVER-The RETURN of Grumpy Cloud (2.5 million likes)
A movie created by the flip-flop cartoonist Andymation. It was already an anime work rather than a flip book.


・ 5th place: how to create billie eilish's 'bad guy'
A movie that reproduces 'Bad Guy' by singer Billie Eilish from the beginning with the lyrics.


・ 1st place: Make This Video The Most Liked Video On Youtube (11.37 million likes)
The challenge movie, “Let ’s make this movie the most“ liked ”movie on YouTube,” derived from an attempt to make a big fashion with just 36 million “Like” images of eggs , I got 11.37 million likes and finished first.

Make This Video The Most Liked Video On Youtube-YouTube 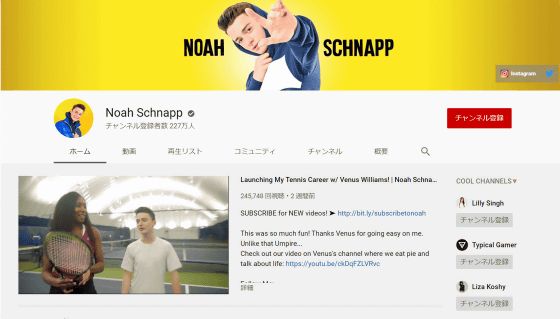 ・ 2nd place: Workman
The YouTube channel under the theme of “Challenging all Korean part-time jobs” allows you to see the scenery of part-time work in Korea. ・ 1st place: LOUD
The game live channel “LOUD” was registered in February 2019 and became so popular that the movie was played about 36 million times over the past year. ◆ The most watched creator
・ 10th place: AzzyLand
AzzyLand is a YouTuber who uploads a challenge movie such as 'Try to wear a costume for children' and 'Try making an SFX movie with DIY' and a puzzle-solving movie. 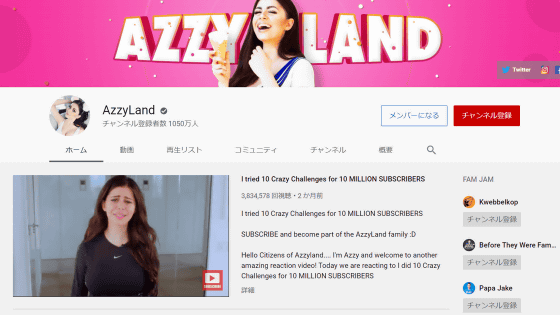 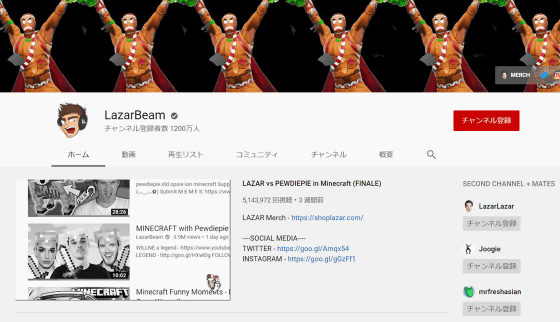 ・ 7th place: MrBeast
MrBeast is an extraordinary that fulfilled the child's dream, such as building a house with 1 million Legos, giving a big tip to a pizza delivery person, staying at a hotel of 2 million yen per night YouTuber is famous for executing the project. 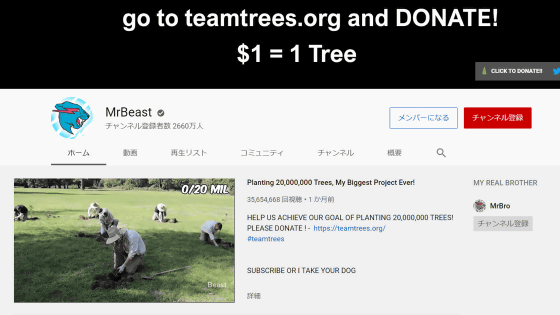 ・ 6th place: Dude Perfect
Dude Perfect is a five-member YouTuber that fires tricks. We will develop exciting techniques one after another just by watching. ・ 5th place: David Dobrik
Channels that experiment with what happens when a large amount of dry ice is dropped into the pool, chasing friends with a flamethrower, and non-standard challenge movies. 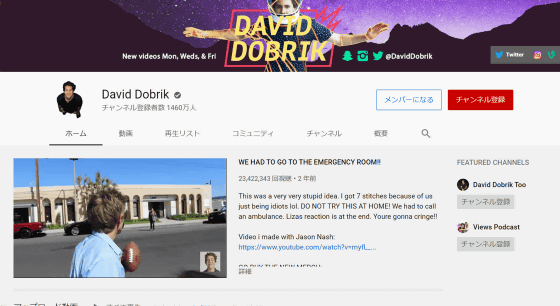 ・ 4th place: Jelly
“Child-friendly” live movies such as GTA 5 and Minecraft are released. 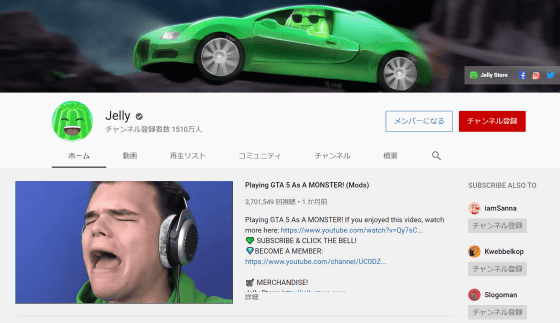 ・ 3rd place: Pencilmation
The YouTube channel of the animation “Pencilmation”, which is like a character moving on a notebook, is the third most popular. ・ 2nd place: Felipe Neto
Brazilian video blogger Felipe Neto is so popular that it has a program on Netflix as “the unfamiliar life of Felipe Neto ”. We release movies from various fields such as live game, life hack and mystery commentary. 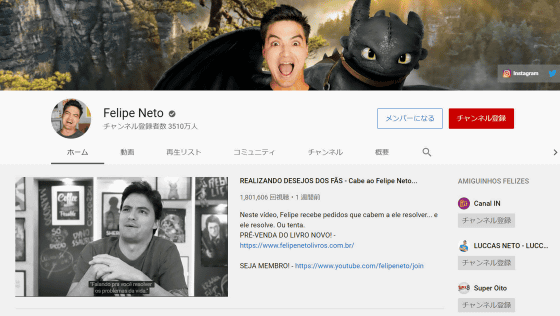 ・ 1st place: PewDiePie
PewDiePie's YouTube channel is said to be the world's number of subscribers, with the number of subscribers surpassing 100 million. Although I mainly posted live video games, in recent years I have been introducing more interesting content such as movies and images. 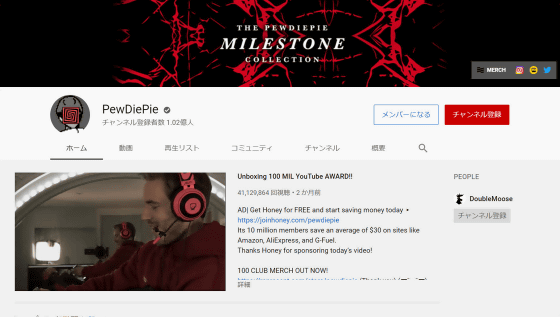 
・ 1st place ： Daddy Yankee & Snow-Con Calma | Official video Rehearsal | Greg Chapkis Choreography (990,000 likes)
It is a masterpiece movie where many dancers dance together at the same time as “Con Calma”, which was selected as the most liked music video. 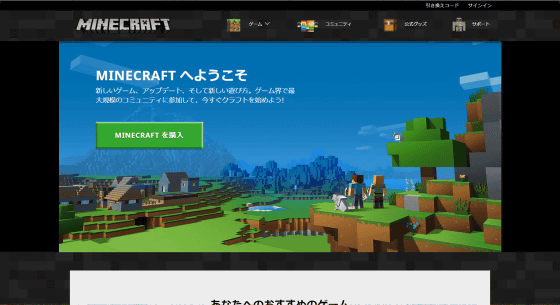 
・ 3rd place: Kylie Jenner: A Day in the Life
There was a critical voice in the close movie that projected the day of Kylie Jenner who is active as a fashion model and TV talent, but `` It is rather likable not to hide the richness '' Voice too. At the time of writing the article, the number of likes is not disclosed.

Kylie Jenner: A Day in the Life-YouTube

The Beautiful World of Jeffree Star-YouTube