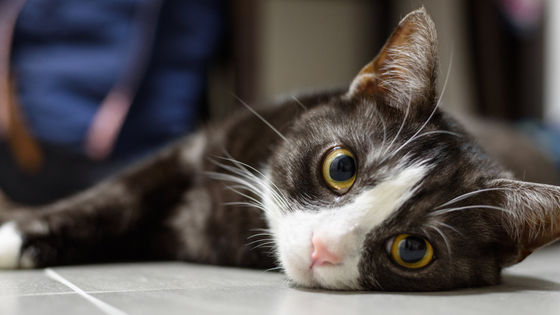 Cats do have facial expressions, but you probably can't read them --The Washington Post
https://www.washingtonpost.com/science/2019/11/30/cats-do-have-facial-expressions-you-probably-cant-read-them/

Of Canada University of Guelph animal behaviorists Georgia Mason is a ' mouse for the experiment also frown at the pain in the wake of research results that' now think want to make sure about animal emotions and facial expressions .. Therefore, Mr. Mason recruited more than 6,000 participants from 85 countries and conducted an experiment in which he showed a short video showing only the face of a cat and asked him to guess 'positive emotions or negative emotions'.

The video materials used in the experiment are selected from the cat movies uploaded to YouTube, which clearly show the cat's emotions at that time depending on the behavior and physical condition before and after. Specifically, the footage of watching snacks and toys and the footage of being spoiled by the owner were used as examples of positive facial expressions. On the other hand, images of people who are reluctant to move backwards or who are diagnosed with pain during treatment at a hospital are defined as negative facial expressions. In addition, we used silent images so that the bark would not be used as a basis for judgment, and excluded cases where emotions were obvious to everyone, such as a cat peeling its fangs. As a result of the experiment, the average correct answer rate was less than 60%, and most of them were fluke correct answers considering that it was a two-choice question. On the other hand, some participants had a correct answer rate of over 75%. Mason calls these top 13% of people 'the owners of special powers to understand the feelings of cats.' Among them, animal specialists, including veterinarians, performed well.

Mr. Mason said, 'Cats express their emotions in their own way, and I found that anyone who is familiar with cats can read their feelings from their facial expressions. While many people cannot read their facial expressions, The results of this experiment, which can be read by a handful of people, are especially important given the fact that cats' emotions tend to be neglected from the perspective that 'the connection between cats and people is weaker than dogs.' I said.

In addition, the simplified version of the test to read the cat's facial expression conducted by Mr. Mason can be challenged from the link below, and after answering the test, the answer matching and the reason for the correct answer will be displayed. 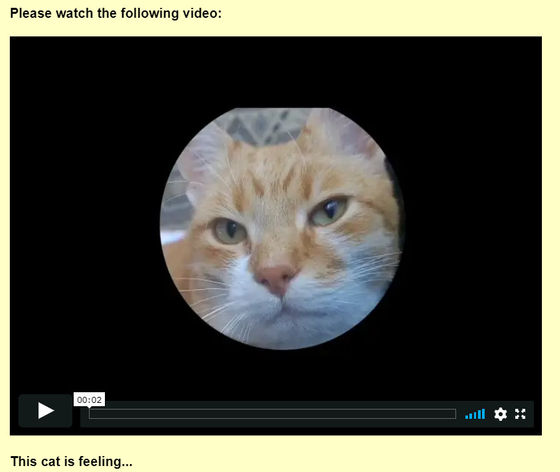