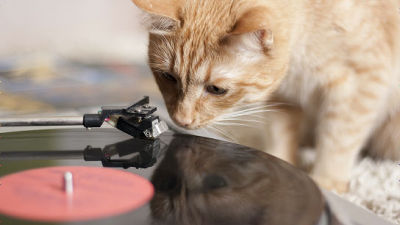 There are many apps and products that aim to attract the interest and interest of cats, such as human-cat language translators , but a new ' music that attracts the interest of cats ' has been released. The music made by psychologists can relax cats and arouse their curiosity, and can actually be viewed from the website.

Even if you try to sing a song when playing with a cat, most cats may be indifferent to the song and end up complacent. However, psychologists at the University of Wisconsin have announced that they have created music that can captivate cats by mixing sounds in the same band as the frequencies used in cat-to-cat communication. 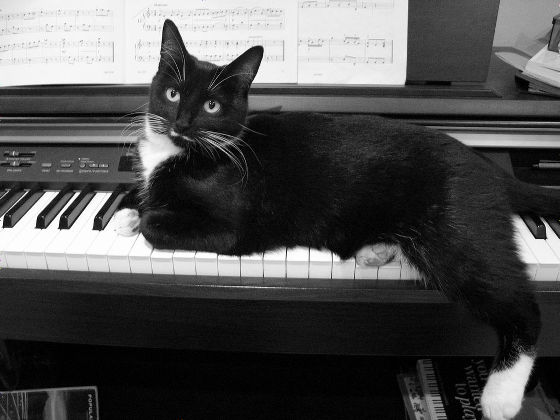 So, the music that attracts cats is from the following. In each case, the sounds used in the communication of domestic cats are mixed with the sounds that are considered to attract the attention of cats in the environment. Musical instruments and human voices are used, but real cats, mice and birds are not used.

◆ Kitty Ditties
'Kitty Ditties' is a stylized and integrated musical voice of an animal that attracts the interest of cats. It's kind of like a catnip of sound, arousing the interest and curiosity of cats. If this music can be played by ultrasonic waves, the effectiveness of the music will be even greater.

◆ Cat Ballads
'Cat Ballads' is music that makes cats relax and have fun, and is suitable for kittens. The rhythm is carved with the sound of the tail cutting through the sky.

◆ Feline Airs
The rattling noise of a cat can be joyful or painful, like the moaning of a human. 'Feline Airs' has a rhythm that sounds like a cat screaming, which is said to bring out the sympathy of domestic cats.