What is the odd connection between Pizza Hut and the last Soviet leader Gorbachev? There is a strange connection between

Mikhail Gorbachev , the last leader of the Soviet Union and politician of the Russian Federation, and Pizza Hut , the American pizza chain.

Gorbachev's Pizza Hut Ad Is His Most Bizarre Legacy
https://foreignpolicy.com/2019/11/28/mikhail-gorbachev-pizza-hut-ad-thanksgiving-miracle/

Gorbachev's appearance on Pizza Hut's TV CM and his appointment as Pizza Hut's advertising tower has been a story on the internet for a long time, and continues to be featured as ' the most strange celebrity TV CM ever .'

The following movie is a TV commercial of Pizza Hut in which Gorbachev appears.


Boris Yeltsin , the first president of the Russian Federation, was the person who caused the collapse of the Soviet Union by forcing Gorbachev to resign. In his biography , Gorbachev talks hatefully about Yeltsin.

Later, Gorbachev will run for the 1996 Russian presidential election, but Yeltsin will win over a majority of 53.8%. At this time, Gorbachev's vote rate was 0.5%.

The Golbachev Foundation's finances were tattered by Yeltsin's long-term hindrance. In order for Gorbachev to continue his political activities after the presidential election, it was necessary to support the staff of the Gorbachev Foundation using his own assets. In an interview with France 24 , a French news channel, Gorbachev recalled, “I needed to maintain an organization. Workers started to leave and they had to pay their wages. ' 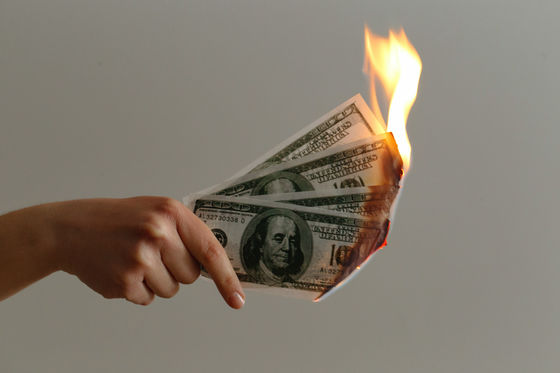 On the other hand, due to the open policy adopted by Gorbachev, American companies had entered the Soviet Union just before the collapse of the Soviet Union. Pizza Hut, which was under PepsiCo at that time, is allowed to open a store near Red Square as part of the transaction between PepsiCo and the Soviet Union .

The relationship between the Soviet Union and PepsiCo is summarized in the following article.

What is the unknown history that Pepsi Cola cut into the Soviet market as the “first capitalist product”? -GIGAZINE In 1997, Pizza Hut was looking for a new advertising tower in the international sector. Scott Helving, who worked as a pizza hat spokesperson at the time, recalled, “Pizza hat needed a new idea for a true global campaign in every country around the world.” Talking while.

This TVCM is the former Soviet leader and shows that Gorbachev, who has led the world's politics, has gained overwhelming popularity outside of Russia. In fact, according to a joint survey conducted by the Wall Street Journal and NBC News in October 1991, there remains data that 54% of Americans have recommended Gorbachev to the Soviet leader. Even after the collapse of the Soviet Union, Western support for Gorbachev continues, and politician Andrew Cooper said, “In contrast to the unpopularity in Russia, Gorbachev is a foresight politician abroad It was treated as a superstar. '

Pizza Hut will be entrusted to Gorbachev to work well win chief marketing officer Katy O'Neill Bistrian. Bistrians will then negotiate with Gorbachev via the talent management company IMG. Negotiations took months, and one of the reasons was the existence of Gorbachev's wife, Laisa Maxymovna Gorbachev. At that time, Gorbachev's reputation in Russia was not high. After the collapse of the Soviet Union, the public was sometimes accused of being a traitor, so Mrs. Gorbachev was worried that the appointment of Pizza Hut as an advertising tower would further deteriorate the reputation in Russia . However, Gorbachev needs a huge amount of funds to continue his political activities, and only companies outside of Russia could provide the funds, so his appearance on TVCM will eventually be decided. It is not clear how much Gorbachev got to pay for the Pizza Hut advertising tower, but the foreign media's Foreign Policy says `` It can be one of the biggest appearance fees ever There is a nature. '

So, as a compromise, Bistrien proposed that Anastasia, Gorbachev's granddaughter, appear on TV commercials and eat pizza instead. When Gorbachev accepts this compromise, the TVCM mentioned above is born. 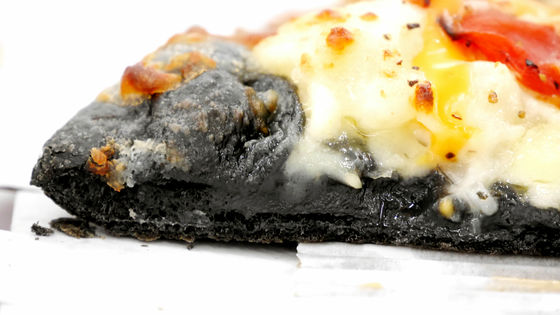 Filming took place in November 1997. The script for TVCM was written in English and translated into Russian through three translators. The appearance of the pizza hat that appears in the TVCM is actually that of a jewelry store, and it seems that a real pizza hat store is not used. However, a real pizza hat is used when shooting indoors. Also, there is no scene where Gorbachev eats pizza in the TVCM, but he seems to have eaten the pizza served at the shooting site firmly.

During shooting, Helving asked Gorbachev himself why he appeared on Pizza Hut's TV CM, and in that case `` Pizza is everyone's thing '' `` It is not just a consumable item, but a social “It ’s food.” People involved in the production of TV commercials featuring Gorbachev have the opportunity to work with world leaders and succeed in their mission to attract worldwide attention to Pizza Hut. Furthermore, TVCM has also led to the future career as a portfolio of stakeholders.

However, it is hard to say that a glorious future was waiting for Gorbachev after TVCM. Appearance on TVCM leads to temporary funding for the Gorbachev Foundation, but Gorbachev said in the media that one year later, the fund was exhausted in 1998. Also, in Russia, a law was enforced to tighten the flow of domestic non-profit organizations when receiving financial support from abroad, so the Gorbachev Foundation was once again in a difficult financial situation at the time of writing. There are other reports that Gorbachev's family has moved to Germany.