What is the land loved by the super wealthy as the world's strongest tax haven? Countries and territories where taxation is completely eliminated or tax rates are significantly lower are called tax havens and may be used to avoid taxes . Cayman Island is famous as a tax haven, but there are actually tax havens in the United States. The Guardian from the UK summarizes the existence of the region that exists in the United States and is popular with ultra-rich people.

South Dakota, with a population of 880,000, is the least populated state in the United States and is not well known. Sioux Falls, the largest city in South Dakota, has a population of approximately 180,000, which is about the same as Mitaka City in Tokyo, Izumi City in Osaka Prefecture, and Toyokawa City in Aichi Prefecture . There are bars in the city and attractive sculptures along the street, but there is nothing that attracts millionaires, even Americans visit South Dakota and Sioux Falls A small number of people have ever been. But super wealthy people around the world, including Sun Hongbin , the real estate king of China, are increasingly interested in South Dakota.

The advantage of South Dakota, which functions as a tax haven, is that there is no tax on income tax, inheritance tax, or capital gain. South Dakota trusts also protect assets from claims of former spouses, dissatisfied business partners, creditors and litigation clients. It seems that assets cannot be protected from criminal prosecution, but it is said that it will prevent the leakage of asset information in a way that attracts police attention.

Around 2010, a trust company in South Dakota had $ 57.3 billion (about ¥ 6,200 billion) of assets, but that asset increased to $ 355.2 billion (about ¥ 3,600 billion) over 10 years It seems to be doing. South Dakota, which has a small population, is experiencing such a significant increase in assets because the world's super wealthy are using South Dakota as tax havens, and the government says, “The US is the best tax haven in the world. This is because he wants to be proud of.

In recent years, countries other than the United States have tended to strictly control tax avoidance, but the global efforts to strictly manage money laundering and tax avoidance have been made by tax incentives provided by US states such as South Dakota. Some point out that they are weakened. Tax Haven experts said, “One of the big problems in fighting guerrillas is that if you have a safe harbor where you can use guerrillas, the US (South Dakota) is safe for financial criminals. “It ’s much more effective than the Bahamas and other lands,” he points out, South Dakota is becoming a hotbed for financial criminals. South Dakota became a tax haven by former South Dakota governor Bill Jacklow . In the late 1970s, South Dakota was in a severe recession. At that time, South Dakota's governor, Jack Lowe, thought that tax regulations would have changed significantly and that businesses should be attracted to the state. At that time, due to the US Federal Reserve system , the country's interest rate was set abnormally high, so in order for credit card companies to borrow funds, they would have to pay more than the profits earned from lending was doing. In other words, the credit card company seems to have fallen into a chaotic situation where every time a user purchases something with a credit card, he loses money.

Therefore, Mr. Jacklow abolished the law in South Dakota in 1981 that set a ceiling on the interest rate that lenders can charge. While the interest rate cap has helped protect consumers from loan hell, it has prevented credit card companies from making money.

As a result, if the bank's credit card business is based in South Dakota, the credit card service will be able to charge any interest rate freely, so even in the United States where an unusually high interest rate was set, It will come true. As a result, South Dakota succeeded in attracting many banks. In addition, it seemed to be a great trigger for the 'explosive increase in consumer finance' that occurred in the United States and around the world.

The Guardian wrote, “Thanks to Jack Row, South Dakota has become an important land for the financial services industry, and the United States has a trillion dollar credit card debt .” 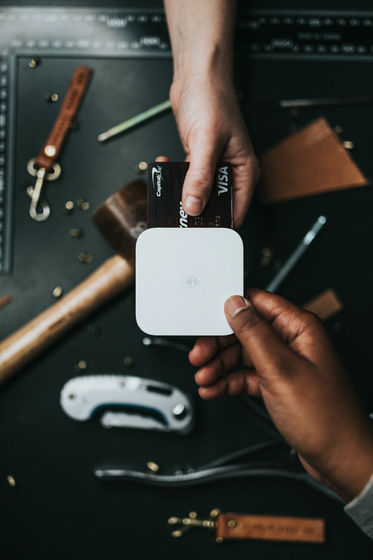 Following the relaxation of the awkward regulations for wealthy companies, Mr. Jacklow begins exploring “how to free wealthy individuals from awkward tax systems”. According to The Guardian, this led to the decision to change South Dakota to Switzerland in the 21st century. Mr. Jacklow's “methods for freeing wealthy individuals from troublesome tax systems” was to relax regulations on “ trust ”.

Trusts are old and complex financial products used to own assets such as real estate and company stock. Originally, unlike humans, trust is immortal, so it is possible to leave property in the family forever, and it seems that it was widely preferred by medieval British nobility. However, if many people use the trust, so much property will be protected. Therefore, in the 17th century, “rules on persistence” were created by judges, and the period during which assets can be protected in trust was limited to 1st century.

However, in 1983, Mr. Jack Rowe abolished the rule of setting a deadline in the trust. “This has left many assets forever in South Dakota,” said The Guardian. 'The rules created by British judges after centuries have been abolished by a law of only 19 words, and the noble game is back.'

Professor Tom Simmons of the University of South Dakota, who is familiar with trust-related laws, said Jacklow's decision: I was really genius in understanding that it was possible. ' Jack Law's two amendments will bring more money to Sioux Falls in the 1990s. However, following the success of South Dakota, Alaska and Delaware are also beginning to abolish the rules that set the trust in the same way. In order to ensure that other states do not lose the advantage of South Dakota, Jacklow formed a trust-related task force team in 1997, a revolutionary created in Japan and abroad. It seems that he started an attempt to incorporate the legal system in South Dakota. Thanks to this team, in 2019 South Dakota evolved into a tax haven that was closely guarded with a trick to protect assets.

Usually trusts can leave assets for someone else (children, families, charities, etc.), but in South Dakota you can use trusts for yourself. In South Dakota, after two years of using the trust service, even creditors will not be able to claim part of the assets they hold. Even if this is a court document related to the asset, it seems to be kept secret forever.

Harvey Bezozi, a tax specialist, said, “The wise people are seeking privacy. South Dakota is the best privacy and asset protection law in the country and perhaps the world to protect the wealthy. South Dakota has done a very good job to make it unique, and it ’s the real thing where people who are familiar with the field will eventually get there. ” It is. With many legal innovations, South Dakota has long struggled to compete with financial centers around the world. The reason for this is simple: it seems that the claims of asset owners using trust services are doubtful, and the business practices of companies are suspicious. But that concern will change dramatically in 2010.

Upon receipt of this case, the Organization for Economic Cooperation and Development (OECD) is ' Common Reporting Standards (CRS: Common Reporting Standard)' published. And under CRS, countries agreed to exchange information about assets stored in banks. As a result, tax havens, such as the Bahamas and Liechtenstein, can no longer conceal their assets and stop functioning.

The Guardian points out that “The United States is becoming a truly world-class tax haven”. In the Financial Secrecy Index (Financial Confidential Index) published by Tax Justice Network, which conducts tax evasion surveys and analysis, Switzerland is still the top in 2018, but the United States ranked second and rapidly I ’m running up the rank. According to the Tax Justice Network, assets held by companies based in Sioux Falls, South Dakota have increased by 14% in three years.

Matthew Tobin, managing director at SDTC, a South Dakota trust company, said that asset information for South Dakota State is increasing due to the increased likelihood that the wealth information of super wealthy people will be reported to their home countries with the advent of CRS. Argues that it is inevitable that funds move to land where privacy is protected. According to the official website, the amount handled by SDTC is 65 billion dollars (about 7 trillion yen), which is all tax-free.

One person who works at a financial institution in Tax Haven said, “It ’s not public, but in the effort of anti-money laundering management (CRS) worldwide (what is happening in the US) The state that benefits from this in the United States is the state with the highest percentage of whites in the country, they treat the claims popping out of blacks and Hispanics as shit, and all money in South Dakota Are gathering. ”